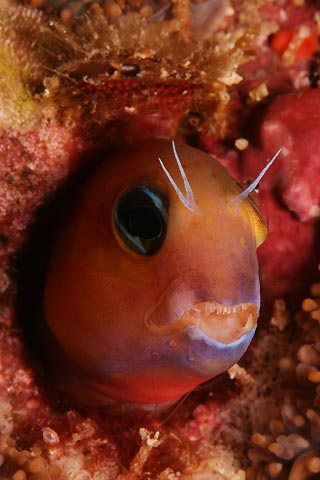 I think this picture tells clearly enough why this little, colorful and harmless fish is called "fang blenny". It was only after having taken this picture with my macro lens that I realised where its name come from: you clearly can see the 2 fang-like teeth that you would rather expect with more aggressive fish. Racha Yai, Phuket, Thailand. Canon D40 - single Sea&Sea strobe YS-110.
Photocomp January '09 - Novice