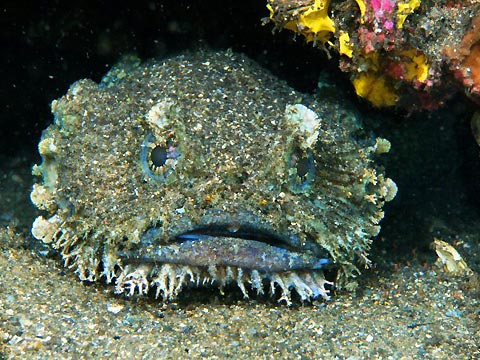 Eastern Frogfish outside the protection of his hole. Isolated Reef, Bare Island, Sydney, Australia. Sealife DC1000 with twin strobes. Over the past 12months with cable laying, dredging and works, the Island has under gone some major changes,silt build up and marine creatures vacating there homes and relocating elsewhere.Do people really consider the environmental impact studies, or then again marine creatures don't raise revenue,increase taxes over populate immigration and improve services to cater for this. Sadly the marine environment is the big loser here. When it turns to a desolate uninhabited desert its all to late.
Photocomp April '10 - Open

It seemed appropriate that we go diving at Kurnell on Australia Day.....

It seemed appropriate that we go diving at Kurnell on Australia Day.....