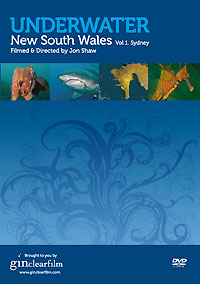 From the shallow protected beaches of the harbour through to Magic point, home of the critically endangered Grey Nurse Shark off Maroubra, Underwater NSW: Sydney has been three years in the making.

With over 500 dives across eight of Sydney's finest underwater locations, ginclearfilm brings a part of Sydney to life that few will ever get the chance to discover.

With over one hour of amazing footage this DVD will inspire, excite and get you descending into the underwater wonderland that is Sydney.

Plus Bonus features on Papua New Guinea and Marion Reef.