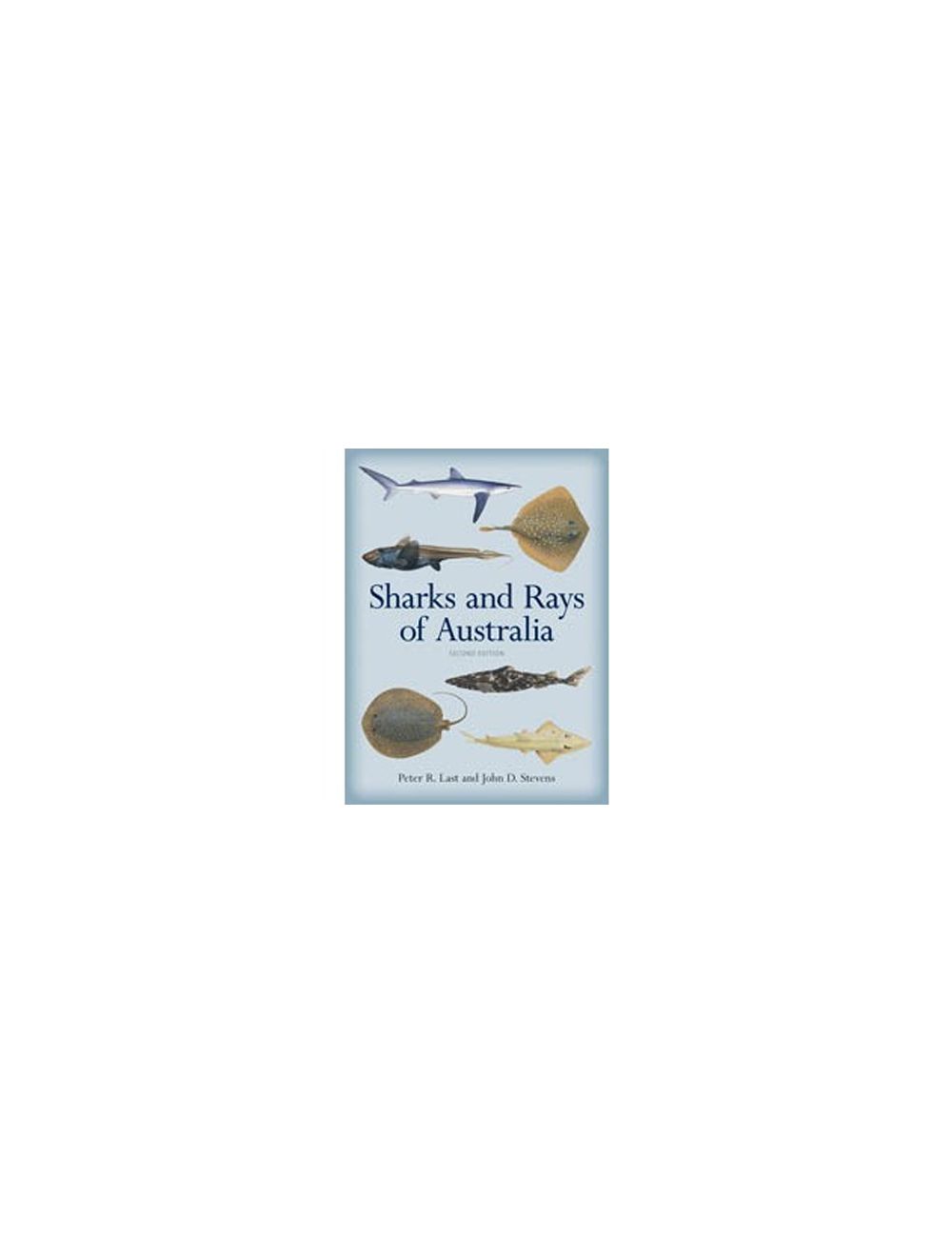 A field guide to the marine invertebrates of South Australia

Sharks and Rays of Australia

The waters around Australia are home to the greatest diversity of sharks and rays on Earth. Spookfish, numbfish, stingarees, fiddler rays and cookie-cutter sharks are just some of the 322 shark, ray and chimaerid species illustrated in the latest edition of Sharks and Rays of Australia.
Availability: Out of stock
5%
UW Card Discount

The waters around Australia are home to the greatest diversity of sharks and rays on Earth. Spookfish, numbfish, stingarees, fiddler rays and cookie-cutter sharks are just some of the 322 shark, ray and chimaerid species illustrated in the latest edition of Sharks and Rays of Australia.

Australia’s sharks, rays and chimaerids — collectively known as Chondrichthyans — are just as intriguing as their names suggest. Their eclectic colours, shapes and patterns reflect environments ranging from remote estuaries to ocean depths.

Their new descriptions, and their striking portraits by watercolourist Roger Swainston, will help to guide the identification and conservation of these diverse species.

As well as documenting these advances, the new edition includes updated species classifications and descriptions, distribution maps, line illustrations by Georgina Davis, family keys and outlines of Chondrichthyan biology and interactions with humans. The book catalogues a rich seam of Australia’s marine biodiversity, providing an indispensible compendium for scientists and a baseline reference for the fishing industry.

“More than a quarter of the world’s Chondrichthyan fauna is found in Australian seas, and many of the species that live on the continental slope have only been discovered in the past three decades,” says Dr Last, who is the director of the Australian National Fish Collection at CSIRO in Hobart.

“In the same period, growth in the trade of shark fins has fuelled increasing demand for shark and ray products, driving significant increases in shark take by commercial fisheries worldwide,” he says.

Dr Stevens says sharks and rays live at the top of the food chain and play an important role in marine ecosystems. “But many do not reach sexual maturity until 10–12 years old, so the number of young they produce is closely linked to the size of the adult population. There is growing concern about the sustainability of stocks throughout the world, and several species are listed by national and international bodies as endangered,” he says.

Shark and ray species featured in the book include:

Sharks and Rays of Australia is an essential reference for professional and recreational fishermen, divers, naturalists, students, fish and conservation biologists, and anyone interested in sharks and rays.