I have always been pretty ambivalent about underwater shoot-outs since we started organising the Underwater Festival in 2007 for the first time. You hear about people being competitive, but once you have attended you know what I am talking about! 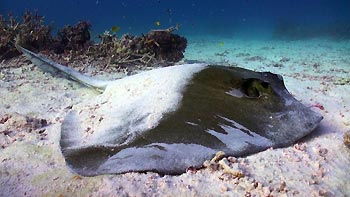 People start off relaxed enough - they just want to participate, but as time goes by people become agitated or secretive depending on whether they feel confident they got a shot they are happy with or not. I never really understood the competitiveness, until I decided that maybe I should enter an image or two while I was attending the Dive Festival at Heron Island.

The previous year The Heron Island Dive Festival had been held in conjunction with the Australasia wide Underwater Festival Shoot-out in September 2011 as one of the fringe events, but this year it was a stand-alone event that was marketed, amongst other channels, through underwater.com.au 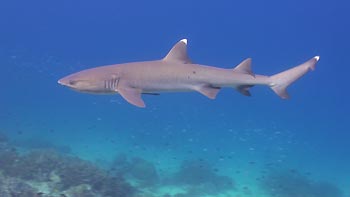 Over 40 divers had signed up and together with their partners, friends and children they all arrived on or around the 27th of July. The resort was buzzing. People were excited to rub shoulders with David Harasti, Gary Bell, Dave Hannan and Bob Halstead, and - of course -to be on Heron Island.
Most people opted to arrive by boat from Gladstone, but you can also opt to fly in by helicopter.

Besides the diving, Introductory Dives and snorkelling tours one could attend presentations at the late afternoons and early evenings in the Wisteria Room. 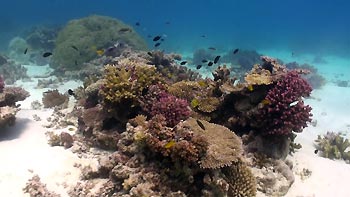 The festival’s wine sponsor - Coldstream Hills/St Huberts - offered the opportunity to taste some beautiful wines in the late afternoons, during the welcome BBQ and the last evening’s gala dinner.

Part of the Capricornia Cays, Heron Island offers plenty of dive sites not more than a short boat trip away. Besides the diving and snorkelling there is also plenty to keep you busy on land like bird watching, enjoying the special habitats on the the island and learning about its biology and ecology, or just relax by the pool and pamper yourself at the Day Spa. All in an idyllic setting with amazing sunsets.

Heron island offers fantastic diving year round. However, in the cooler months of the year it is particularly attractive as water temperatures still hover between the 19 - 21

degrees and the days are beautiful and sunny. A nice way to tank some sun, a great way to explore the southern part of the Great Barrier Reef.

The snorkeling is worth mentioning as you reliably get to see different species of rays, lemonsharks and black-tip reef sharks cruising the lagoon, which you might not get to see when diving. If you come for the diving, you still should not skip the snorkelling as you would miss out on seeing them altogether.

On low tide scouring the reef flats is another great past-time and with a guide it becomes even more interesting and educational. 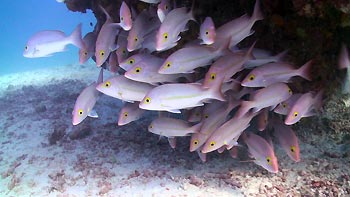 As we were traveling with young children who could not yet swim completely unassisted it was great that we could go on a tour with the semi-submersible. Although it started off with predictable staghorn corals galore and some damsels it quickly turned into an exciting trip. What a treat! A Marine Biologist comes along and talks not only about what species you are looking at that very moment, but also mentions other interesting facts about the resort, the cay and the ecology.

About halfway through our trip, the skipper called out that there were some whales breaching not too far from the boat. Quickly we made our way upstairs. A mother and calf seemed to have decided to have a little rest and they swam around in circles right in front of our boat! Not more than 10 meters away the characteristic bumps of the two Humpback Whales were clear in sight. The breaths of both could be clearly heard, fin flukes and a spy hop were also observed. Some dolphins were ‘logging’ nearby as well! Staff and passengers were very excited. 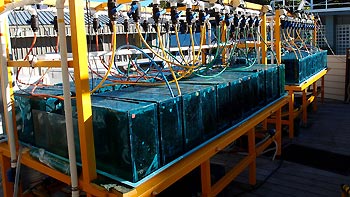 Under the water we got to see several sharks, green turtles and a large loggerhead turtle. And the usual suspects such as Strawberry Hussars, Spangled Emperors, Red-throat Emperors, Barrier Reef Chromis, fusiliers, flutemouths and trumpetfish.

On another morning our youngsters and Tim got to visit the Research Station. The tour started off with information about the research taking place on the reefs surrounding Heron Island. One of the major projects includes the effects of climate change over time on coral reefs by comparing different climate scenarios using controlled evironments in tanks (see photo). To the great excitement of the children the tour ended with a touch tank. 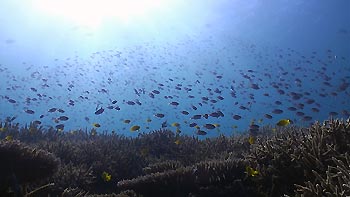 During school holidays or if arranged prior to your arrival there is also a Junior Rangers, a special program for children from 7 - 12 years old. It is a nature based program designed to get your children excited about, educated and involved in the marine environment.

Amongst all these other interesting and exciting activities we managed to do some tag team diving - juggling the children between us. Normally there are three single dives that can be done, but during the festival there were four boats going out each day. This meant that one of us could go in the morning and get two dives in, we would meet up for lunch and then the other went off in the afternoon for two dives. 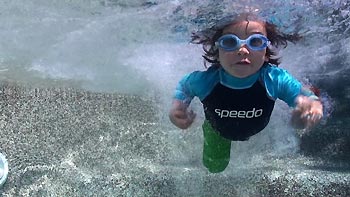 I was stoked that I could try out my brand new Mares set-up. It was the first time I got to use the Matrix dive computer. It is nice and small and has a very easy to read display. At the end of the dive your full dive profile shows up, which I thought was really handy

The Hybrid SheDives BCD is really the most comfortable BCD I have owned and has expandable pockets and those came in really handy for my wide angle wet lens.

The diving gods were particularly kind to us and the weather and conditions were great. Sun, sun, sun and only some wind on the last two days. Visibility off the cay is generally between the 10 - 15 meters. While I dived we did experience slight currents, but nothing too crazy. 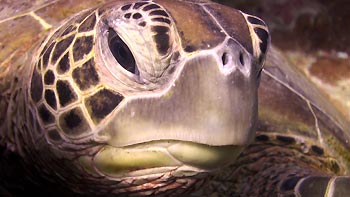 All corals looked very healthy and I was amazed by the variety of fishes and the numbers. A large number of cods, schools of Golden Trevally, yellow-tail barracudas. Mackerels zooming around looking for a feed. Moray eels, Pink Anemonefish, angelfish, rabbitfish, Barrier Reef Chromis, plenty of friendly turtles, White-tip Reefsharks, Black-tip Reefsharks

The nudibranchs seemed a little elusive but we did find a few including a couple of Notodoris minor and a Chromodoris roboi, a common nudibranch but one I had not seen before myself.

I was lucky enough to get a glimpse of a large Manta Ray off Paradise Bommie and met plenty of turtles. 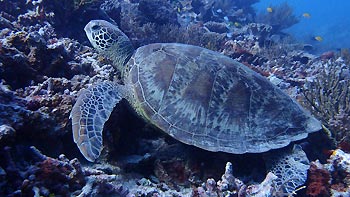 My favourite dive would have been Pam’s Point to Heron’s Bommie. The topography of the site is just very, I guess, pretty... even though that doesn’t do it justice - and there is always lots to see without you having to necessarily look for things. I could have dived that site more than just the two times I managed to.

Of course, there was more to it this time around than just look at all things pretty. The divers got really into the swing of things and on Saturday afternoon most photographers were busy with entering their images. 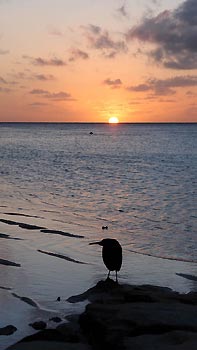 On that evening, just after a lovely seafood buffet, the winners of the shoot-out were revealed. Different categories provided several people with the opportunity to win some prizes and most of all have their names called out as winners. It was great that there was also an ‘Above Water Category’ as there is so much to see on land as well. The lucky door prizes were very much appreciated too.

I must say, the author of this article was surprised, yet pleased to find out that her Green Turtle image had won second place in the Wide Angle category!!

My evening finished with the notion that the babysitter time we had arranged had come to an end and on a high I left Bailies Bar to make sure our little ones were sound asleep and happy too.

The next day we said goodbye to people we had met and already had to return to reality. Fortunately, we had a few more days to enjoy Heron Island and the sunsets that come with the end of each day: drinks on the terrace, overlooking the ocean with Lemon Sharks dramatically cutting through the water with their dorsal fins in pursuit of their prey as the sky changed colours once more.