My sister and I were swimming in a quiet area of Jervis Bay on the east coast of Australia a few years back. Suddenly a fin cut through the water…another one appeared next to it and another and another. Moving fast, not towards us but very close. Sharks? 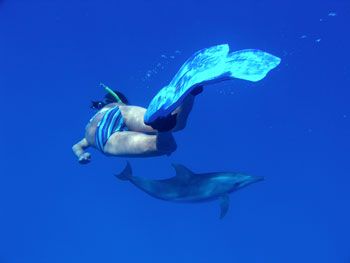 Since that day in Jervis Bay I have voluntarily dived with many different species of shark, including the giant Whalesharks, Hammerhead Sharks, Grey Nurse Sharks, White-tip and Black-tip Reefsharks, Port Jackson sharks, numerous wobbegongs and just recently I snorkelled up close with a Lemon Shark. And guess what, at each occasion I actually entered the water hoping I would be lucky enough to see sharks. I have lived to tell the tale. And yes, all my limbs are still there, intact and there wasn’t a moment I would have thought the outcome would be any different.

There are almost 1000 known shark species worldwide of which about 160 species live in the waters surrounding Australia. Most shark species can be found in the relatively shallow continental shelf areas at a depth between 0 and 200 meters.

All known sharks are carnivorous, which basically means they don’t like their vegies. Their diet might consist of large fish including other sharks or shellfish and for some occasionally garbage that is floating past.

Sharks have been around a long time and generally speaking have well-developed senses of sight and smell. Their hearing is very different to ours, but their internal ears can detect vibrations and differences in pressure. In addition they have the so-called 'Ampullae of Lorenzini' located on their snout, which can detect fluctuations of the electrical fields in their surrounds. A combination of those senses is used in detecting and locating its prey.

Sharks come in a lot of different shapes and sizes. Sharks vary from looking like the classic shark such as the Great White Shark and the Bull Shark to something more friendly-looking like the Port Jackson or the Leopard Shark. The smallest shark known to man, the Dwarf Lantern Shark, has been estimated to grow to a maximum length of maybe 20 cm. The world’s largest shark, the Whaleshark, has been reliably reported to reach lengths of well over 10 meters. For some more info on a few species have a read of our article '11 Sharks you should know this summer'

On average 1 person per year dies as a result of a shark attack in Australia compared to ~ 200 people per year who die due to accidental drowning, and ~ 2000 die in road crashes.

It is hard to say how many sharks are being killed by humans per year, but the number is in the millions – 100 million according to Sea Shepherd. Their population are indiscriminately depleted faster than they can reproduce. Two human actions stand out as being particularly cruel and unnecessary. 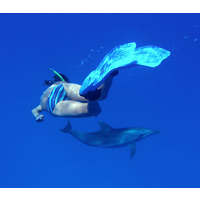