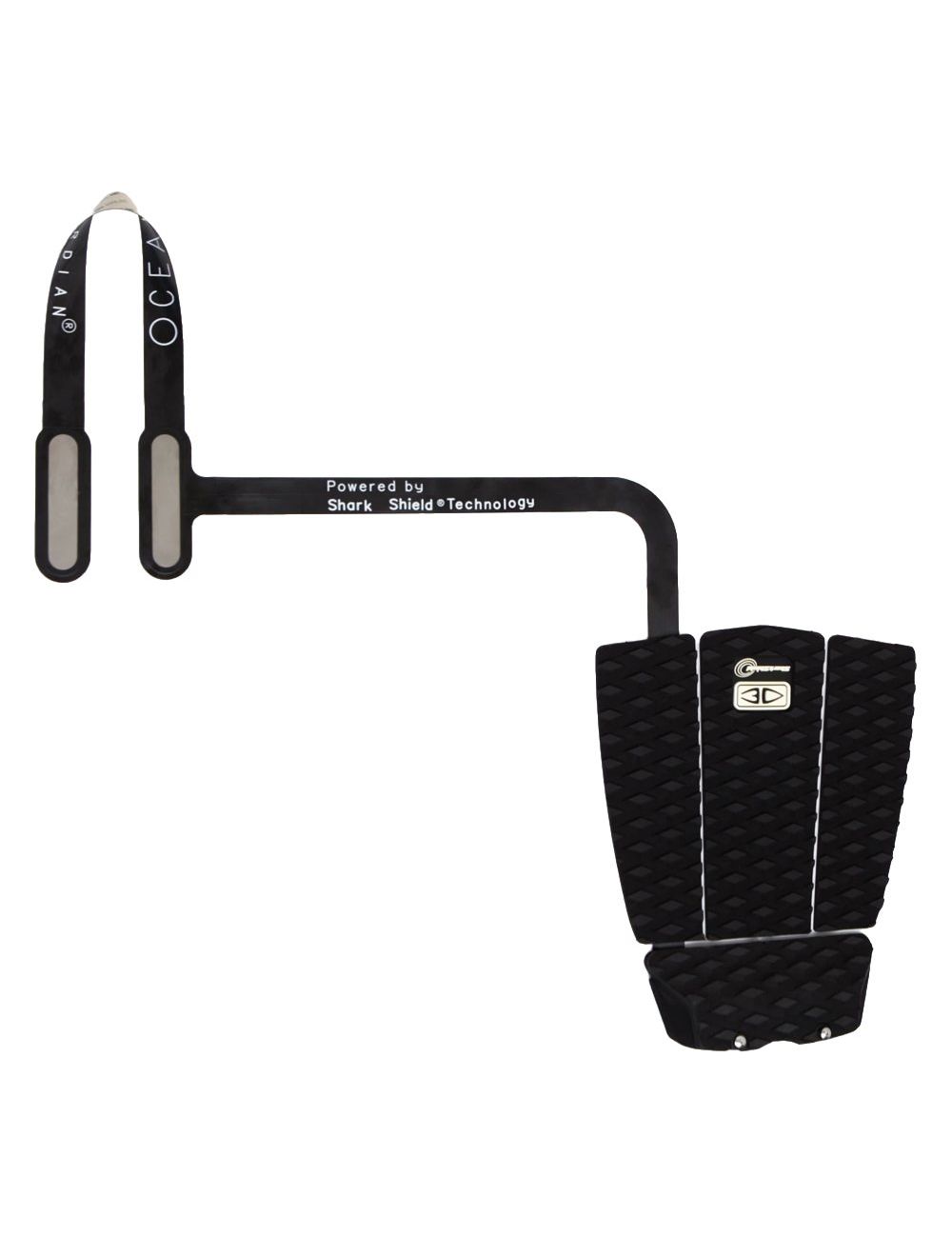 For surfboards under 6’6″. New design and colour.

You most likely have more than one board. Extend the use of your FREEDOM+ Surf - SHORTBOARD across your quiver by simply installing the Tail Pad / Antenna - SHORTBOARD on each of your surfboards.

When used on shorter boards (boards <5’10”) and boards with less volume, the electrical field produced by the regular FREEDOM+ Surf Antenna can ‘travel’ around the board making it uncomfortable for some surfers – e.g. you might feel the electrical field on your fingers whilst duck-diving.

To overcome this, we’ve designed this ‘Mini’ version of the FREEDOM+ Surf Tail Pad / Antenna that features a shorter Antenna and smaller Electrodes.

On the flip-side, a smaller electrical field does mean that a shark can come closer (compared to the regular FREEDOM+ Surf Tail Pad / Antenna) before sensing the electrical field and being deterred.

The science of freedom

Drawn by the call of the ocean; sharks or no sharks, we’re still going out there! Our solution is scientific, lightweight and powerful. With Shark Shield, we’ve replaced fear with awe.

Shark Shield has taken 20 years to evolve into what it is today: proven, reliable and non-evasive shark deterrent technology. Our two decades of tireless scientific research gives you the peace of mind to swim, surf, kayak and dive into the blue without fear.

No matter what the conditions, you have the freedom to choose between your boards and still get the protection you need out there in the waves. Remember you only need one FREEDOM+ Surf Transferable Power Module as you can easily move this between tail pads.

Ocean Guardian - Shark Shield FREEDOM+ Surf (Bundle)
was A$599.00 Special Price A$489.00
Add to Wish List Add to Compare
My Wish List
Last Added Items
Go to Wish List
You have no items in your wish list.