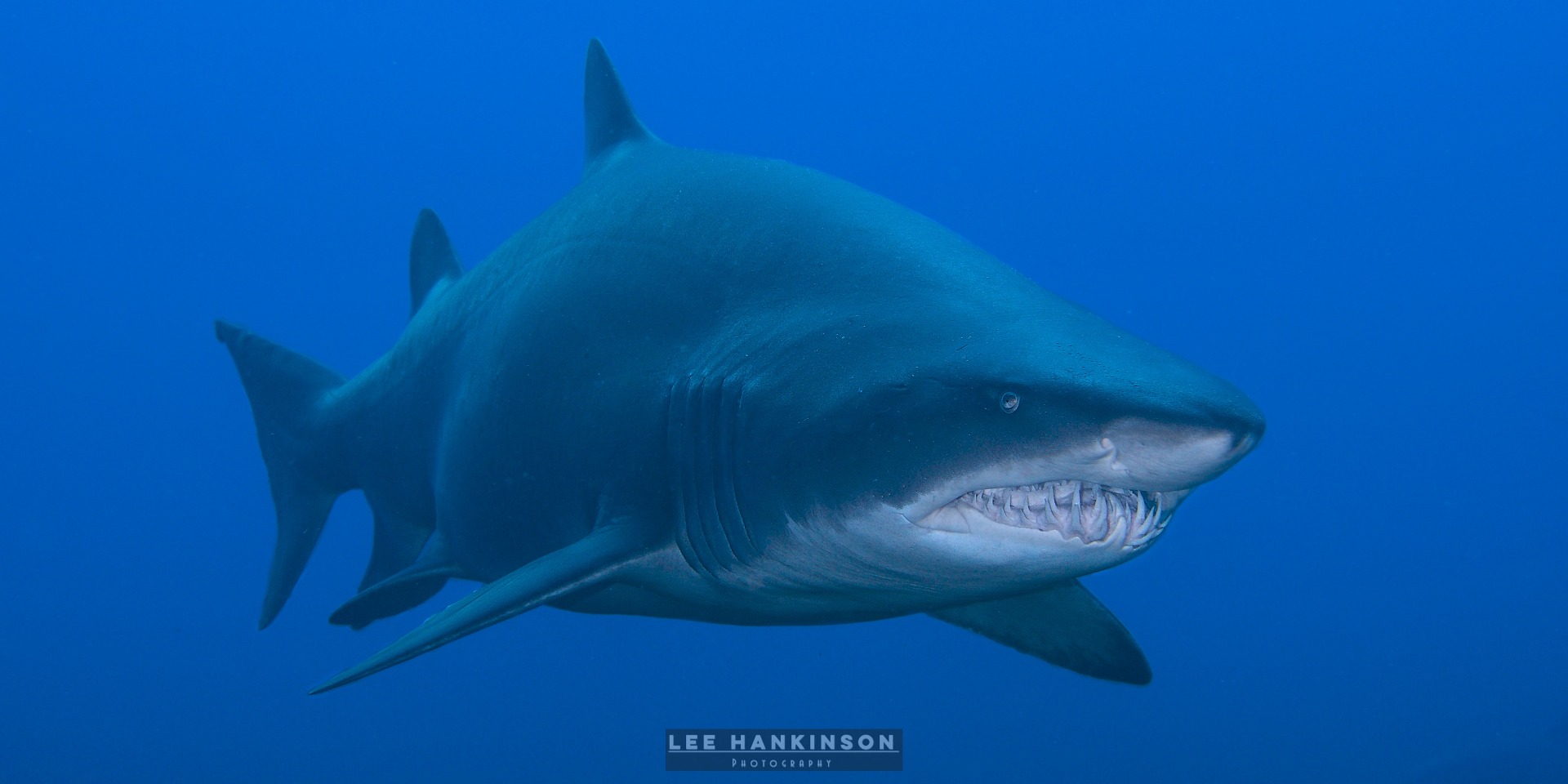 Having grown up locally, Barunguba has always held a special place to me, known for its wildlife and cultural significance. After years of having the privilege of visiting and diving the area, I can attest that the magic allure of the destination has yet to falter. If the idea of diving with fur seals, sharks, rays and turtles plus having a good chance to spot Humpbacks and dolphins sound up your alley, chances are this destination is right for you.

A fertile providing ground and cultural meeting place to the local Yuin people, Barunguba is the second largest island of New South Wales and is home to a rich array of local species and is steeped in rich Aboriginal and European settler history. Located 9 km offshore from the scenic tourist getaway town of Narooma, the small but charmingly rugged Barunguba became the first property of the Australian National Trust and was managed by them until 1990, when the island was deemed a nature reserve. The historic lighthouse’s construction began in 1881 and is largely unchanged from its original form, which makes it a significant historical landmark and popular attraction in its own right today.

The island is also home to Crested terns, (Sterna bergii), Shearwaters or Mutton birds (Puffinus spp.) and a growing population (approximately 12,000 ) of one of my favourite species, the little penguins (Eudyptula minor), thanks to the restoration efforts to remove the introduced Kikuyu grass and the implementation of new breeding boxes. Once Kikuyu grass was introduced to the island for fodder for the light keeper's livestock, the weed quickly took over parts of the island and smothered native vegetation, resulting in the loss of burrowing areas. But now they are back on track to recovering.

What makes Barunguba such an incredible destination is the chance to dive with the Australian fur seals, (Arctocephalus pusillus doriferus) and New Zealand fur seals (Arctocephalus forsteri) which are camped off the western and north western tips of the island. While given their common name of ‘fur seal’ they are actually sea lions, an easy giveaway being their little external ears. 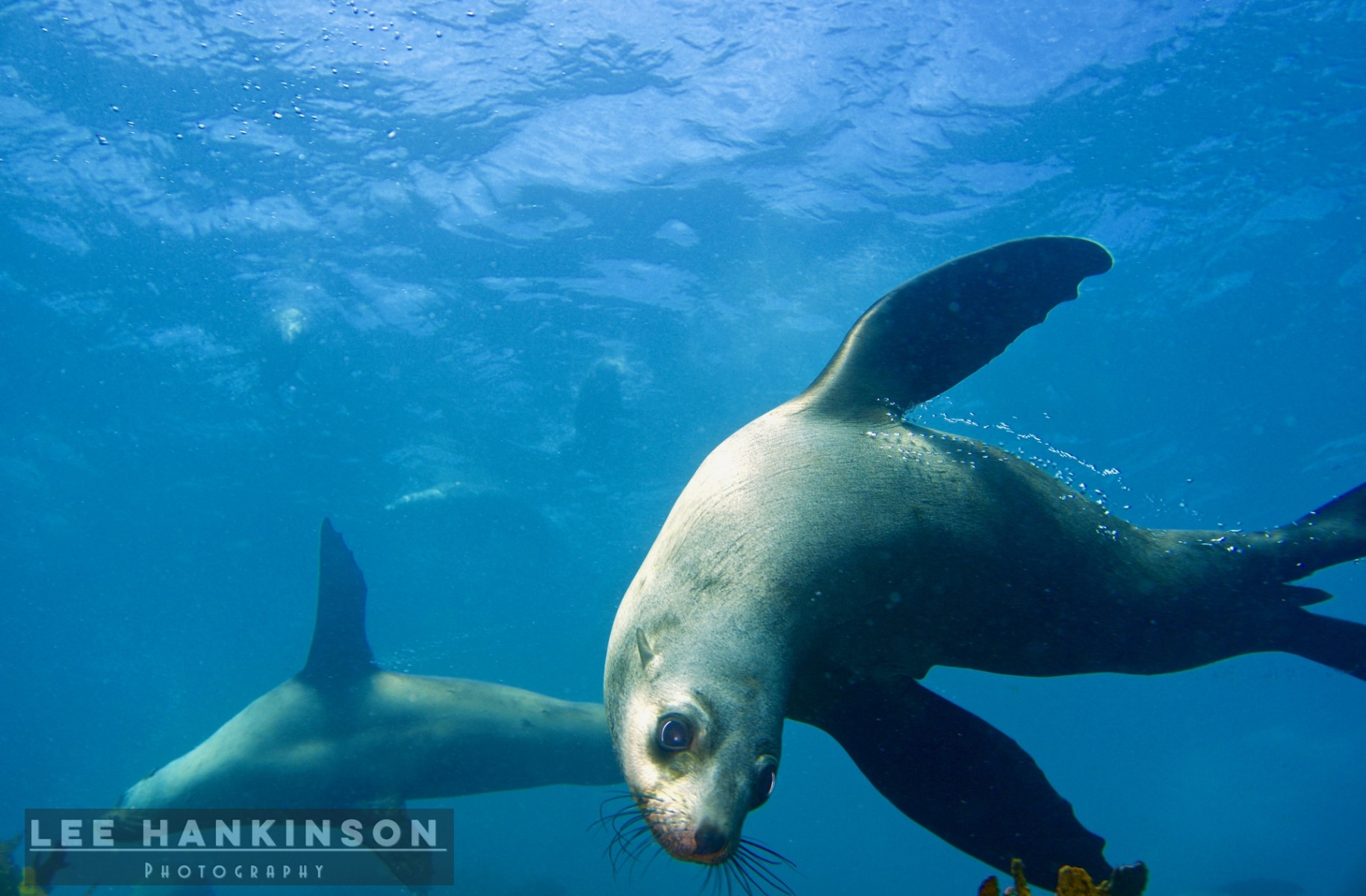 Fur seals are so nimble and aerobatic, they can turn on a dime.

Dubbed ‘puppy mermaids’ these fur seals are hyperactive and highly inquisitive of their cumbersome diver guests. Imagine dogs with a major case of the zoomies, but underwater, then you have an idea of how energetic and playful these characters are.

While the larger males and females will barrel past, you will often find the juveniles and boisterous adolescents will plonk themselves in the weeds and curiously stare back at the divers while twisting and turning like contortionists to get a good look at you from every conceivable angle. 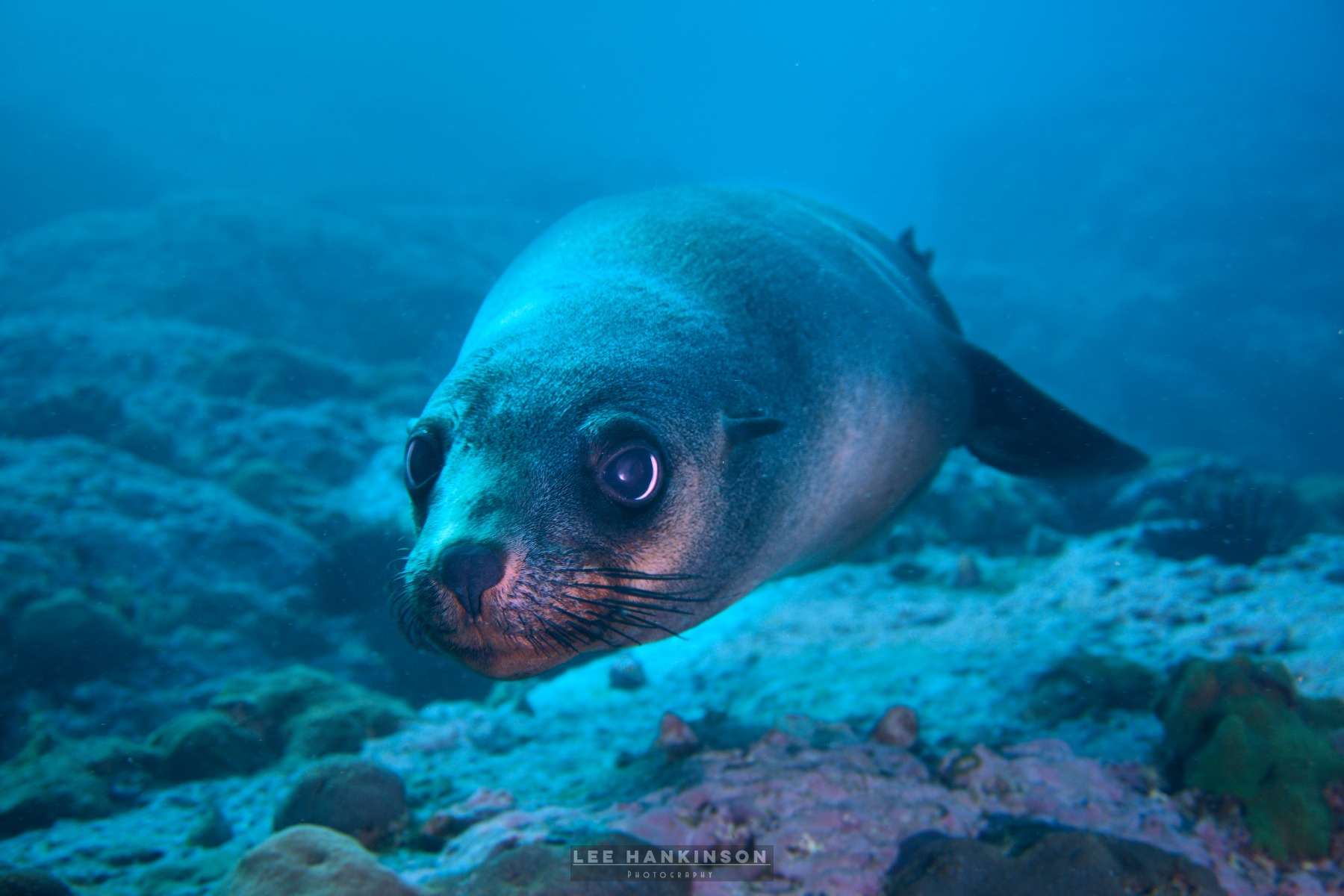 Yet when they choose speed over maneuverability they will shoot past like a bullet.

Although historically known as a ‘bachelor pad’ for the males, there has been a growing trend of pups seen on the island, with the shallow rock pools being ideal spots for learning the ropes for an oceanic lifestyle. And yes, while the pups are cute, tourists have to remember that these are still wild animals and are defensive when on land, so climbing onto the rocks and pools for pup selfies is strictly forbidden and frowned upon. 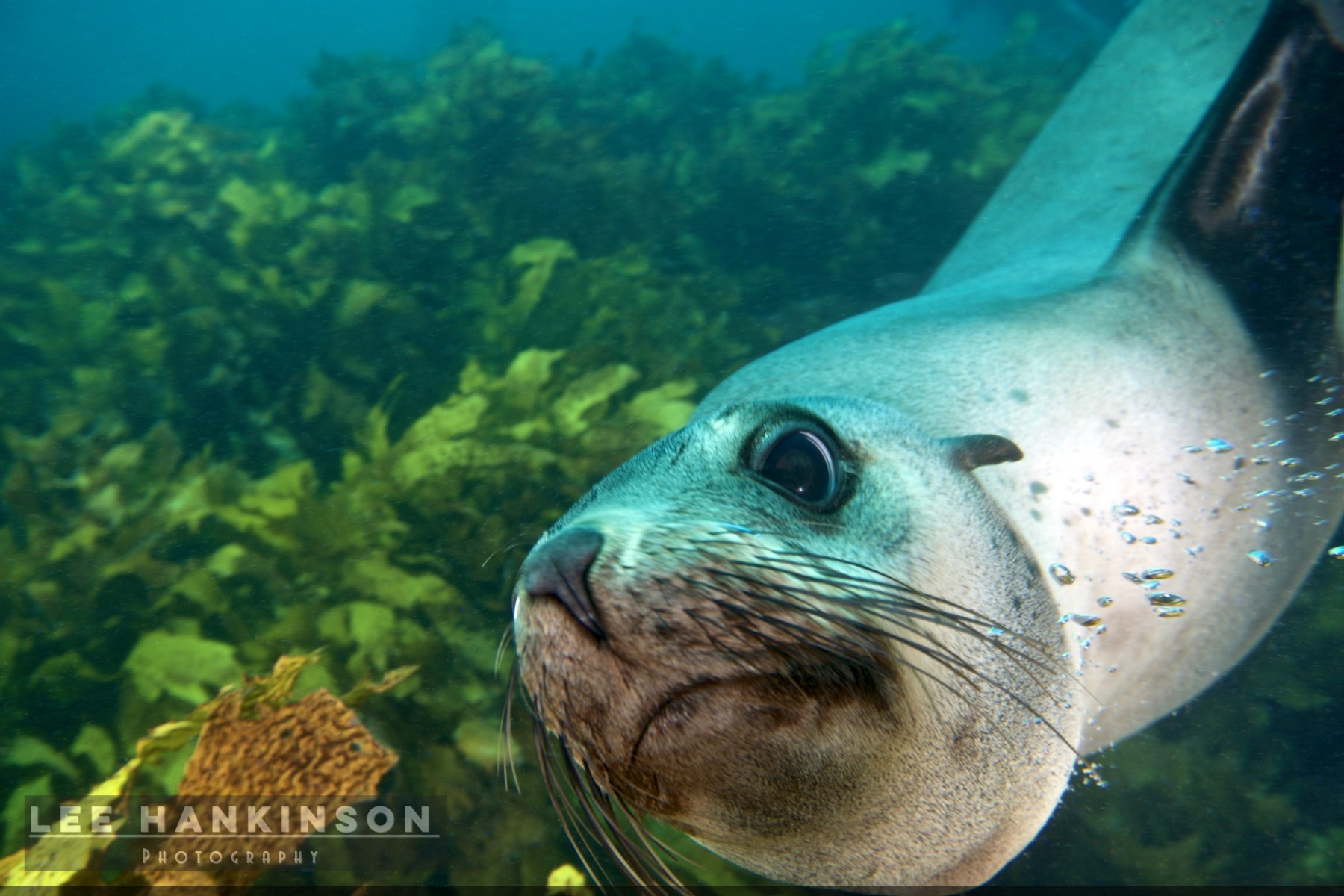 Get your shutter speed sorted as they will come in hot and very close.

Despite the draw card of the seals, my favourite reason for visiting is for the chance to encounter the Grey Nurse Shark (Carcharias taurus). For the oversea readers, you may know this species as the Raggy tooth or Sand tiger shark. Listed as Critically Endangered under the Australian Environment Protection and Biodiversity Conservation Act, the eastern population of Grey Nurse Shark survives at ten small critical habitat sites along the NSW coastline which have been protected as part of their Recovery Plan. The most southerly of these protected areas, is situated off the northern tip of Barunguba. 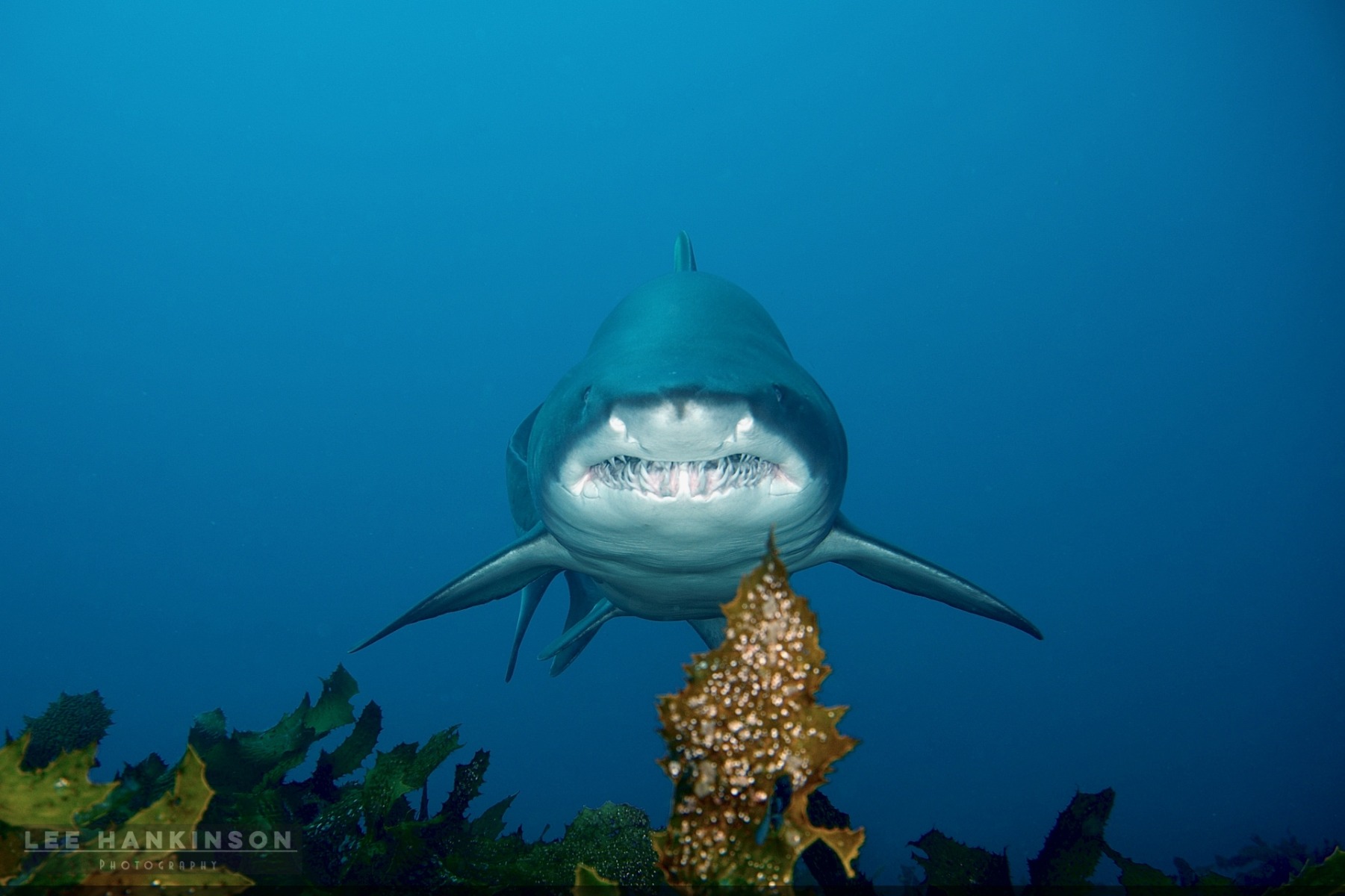 Named as the world’s first protected shark species in 1984, historically, the species was persecuted as they were wrongly being labelled as man-eaters due to their size and 'ferocious' looking teeth and so were subject to systematic eradication. Today they remain under extreme pressure from recreational and commercial line fishing fishers as well as the government's controversial netting/meshing policies & drum lines. The sharks are hooked accidentally, and also ingest the hooks retained by their prey species, which have have long-lasting lethal and sub-lethal impacts. 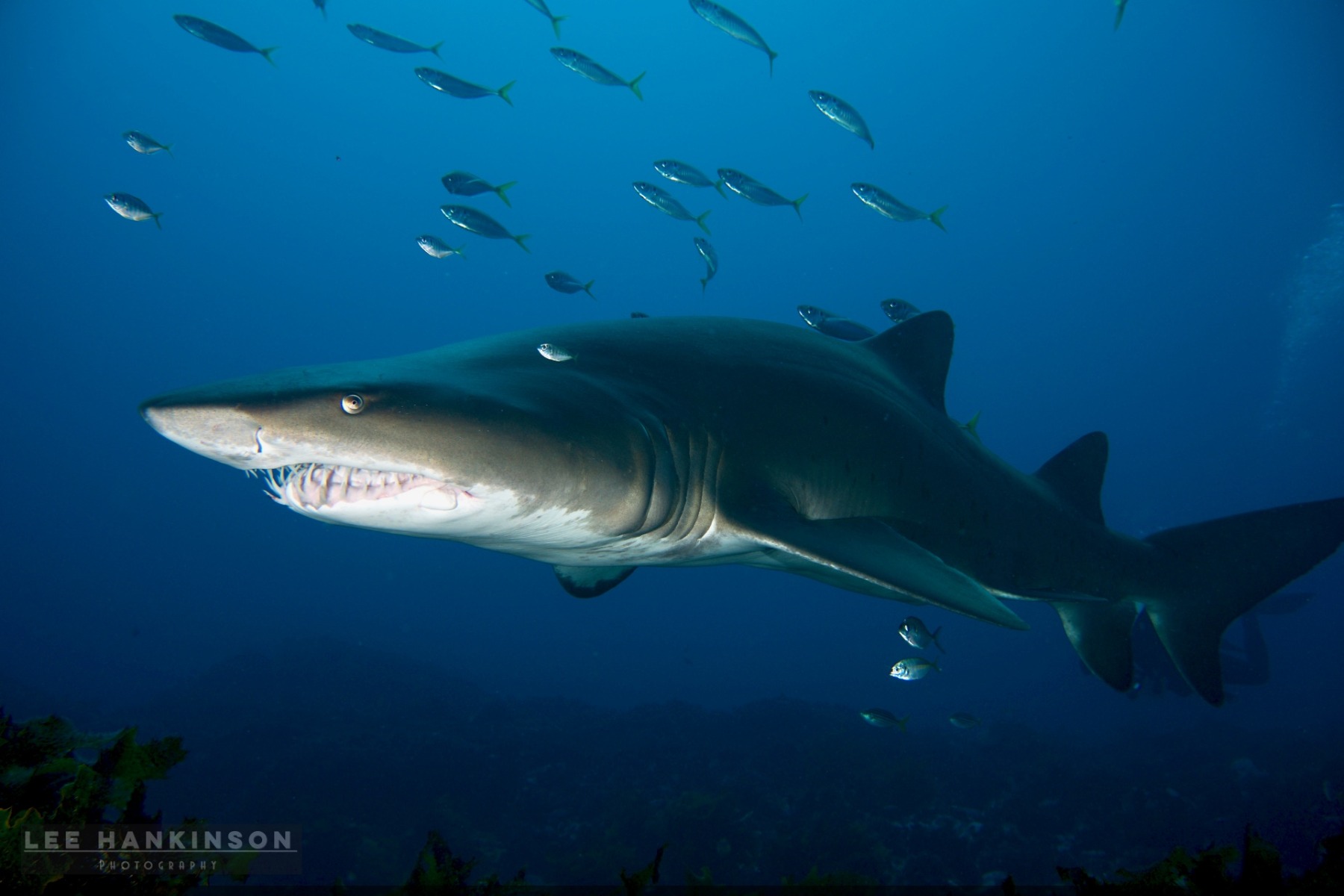 Often accompanied by schools of fish who are provided protection.

Aesthetically, the species is a photographers dream subject, as they are placid and graceful and will come nice and close to a diver who is keeping low to the seafloor and movements to a minimum. With females coming in at a touch over three meters, their combination of size and that infamous pointy smile is a the perfect combination. Additionally, divers can also add to an existing citizen science project where your photos can be used to help researchers to monitor the local sharks. This is due to the spots that run along the sides of sharks are completely unique and are used by researchers to identify and document individual sharks. This non-invasive citizen science program allows researchers to determine aggregation sites, population health, site fidelity and migration patterns. The photo ID can also track the impacts of recreational fishing where the injuries from hooks and line can be monitored over time.

This 3 meter Grey Nurse shark gently glides by as I hide in the kelp. See those unique spot patterns that help researchers ID individual sharks.

The underwater attractions do not stop there though. The dive sites are also home to numerous photogenic species that cater for all photographer styles. For the macro divers there are an assortment of nudibranchs, octopus and funky looking purple stalked ascidians called Sea Tulips (Pyura spinifera) to keep your macro lenses busy, while the interestingly named "Old wives", Blue Gropers, Port Jackson sharks, Wobbegongs, Banjo sharks, Smooth rays, and even the odd Hawksbill turtle will keep the wide angle aficionados on their toes when not looking for fur seals and Grey Nurse sharks. 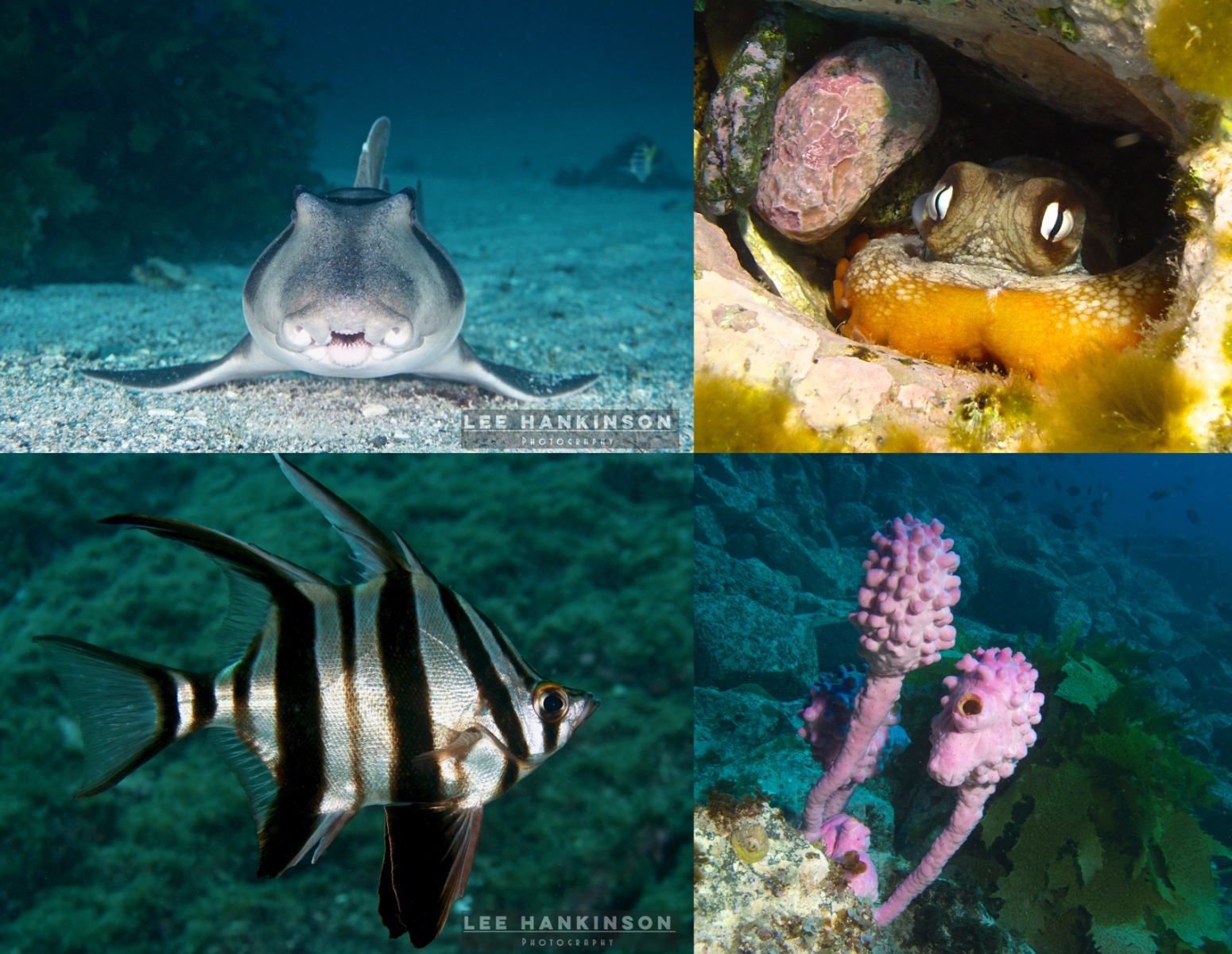 It isn't all about the seals and sharks. From the top right: Port Jackson sharks, Common Sydney octopus, Old Wife fish and Sea Tulips all make diving this temperate site a fascinating experience.

Remember to also keep your shutters ready on the way out to the islands as it is a seasonal hot spot for seeing Humpback whales (August- November) and dolphins are known to accompany the boats out to the island.

After the recent fires that swept through the area and now with a pandemic restricting international tourism, now is a great time to look inwards at the local gems we have for diving destinations. I can’t recommend enough for people to add Barunguba (Montague island) to your next dive destination.

How to Get There:

Narooma is 3 hours from Canberra, less than 5 hours drive from Sydney and around 8 hours from Melbourne. To make the most out of the journey, staying for the weekend and being prepared for the typical early starts to the diving trip is best for people traveling. The surrounding coastline is absolutely stunning and worth exploring on the trip.

The Grey Nurse sharks are more common in the warmer months (November-April) but the seals will be there year – round. Visibility will drop off a touch in the cooler months but is subject to local conditions. Water temperatures fluctuate with the seasons also (16-24°C) so pack your wet suit accordingly, or ask the local dive centers for suitable hire gear. 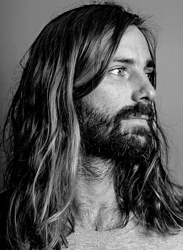 Lee Hankinson is a Marine Ecologist and Conservationist from Australia. His love of the ocean is evident in his photography where he shares images of marine creatures and underwater habitats coupled with a scientific story behind them.He has a masters in Ecology and is known to many for his understanding and work in marine science and conservation.

Lee's photography aims to inspire people by sharing personal experiences and passion for the ocean.