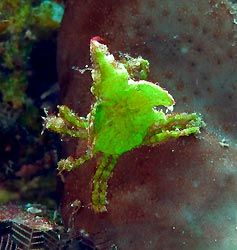 It is one of the few places left in the world where a diver can see macro critters, pelagics, and big stuff, as well as fantastic soft and hard corals. The often misused and abused adjective “pristine” is actually appropriate here, due to low fishing pressure in the area in comparison to other areas of the Coral Triangle, no dynamite fishing, and thanks to a system implemented by dive resorts whereby local reef "owners" receiving a small fee for every diver that visits "their" reef. As a result elders make sure that the reefs are not fished.

So, where to go? We set of on a four-resort tour to the north and the south taking in the provinces of  Oro, New Ireland and Milne Bay. Read below the second instalment of this story. Part I covers Oro, and Part III Milne Bay and the Annual Goroka Cultural Festival.

Two hours’ flight north-east of Port Moresby, with a 10-minute stop in West New Britain near the site of Papua New Guinea’s last volcanic eruption, lies Kavieng, the capital of New Ireland province. Located at the northern tip of a 380-kilometre long island, sleepy Kavieng and its 11,000 inhabitants hold few attractions for most of the trickle of tourists who venture here to dive and to surf and no accommodation worth staying in. 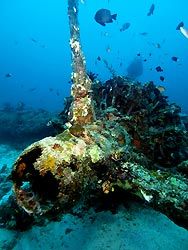 Yet if you like wandering around dusty betel nut-stained streets and dim and musty shops, an afternoon in town after a dive is an interesting experience and was another opportunity to experience the friendly nature of the locals.

New Ireland’s diving has a reputation for pelagics and sharks that are attracted by the fresh deep water that is flushed between the multitude of small islands and passages making up the area  Dogtooth Tuna, Spanish Mackerel, trevally, and Barracuda, and Black-tip, White-tip, Silvertip, and Grey Reefsharks all came out to play. New Ireland also has a good mixture of vibrant and colourful reefs, a few interesting muck-diving sites, and WW2 plane wrecks aplenty.

Dorian Borcherds, joint-owner of Kavieng Scuba Ventures, has a wealth of knowledge of both the Japanese and Allied planes found in the area. Picking us up from the doorstep of our villa on the water’s edge, under the palm trees at Nusa Island Retreat opposite Kavieng harbour in the morning, he and his wife Cara took us to sites in both the Bismarck Sea and South Pacific Ocean. 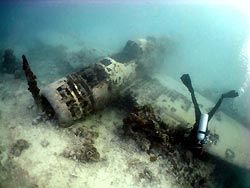 Some of the South Pacific sites such as the trevally and anemone festooned Echuka Patch and the Der Yang shipwreck were less than a ten-minute putter away. The Japanese Pete and Jake float planes, stationed here when Kavieng was under wartime occupation, were so close we’d arrived before we could kit up, as were the remains of a Catalina flying boat and several unexploded bombs. 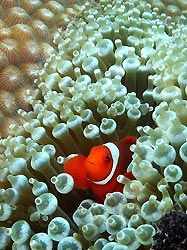 The Bismark Sea sites were a little further, closer to half-an-hour away, but are well worth the trip through the islands and mangroves. Albatross Passage has stunning soft coral coverage and a wide range of fish, with Pygmy Seahorses, cuttlefish, Dogtooth Tuna and sharks. On an incoming tide it is a truly excellent dive, down by the wall and on the sandy shelf it is calm but ends with a safety stop on reef hooks watching the action below as the current pumps past. On the way back the B-25 Stubborn Hellion awaits in 12 metres of water on the edge of the mangroves. Sixty-eight years after crashing into the sea after sustaining damage in a bombing raid on Kavieng, she is in remarkably good condition, with a Spine-cheek Anemonefish manning the twin-machineguns in the top aft turret. The current can also adversely affect visibility on occasion, and we caught what was described by both dive centres as unusually poor viz. It is all relative though, and a measure of how good it usually is; the very worst we had was 15 metres!

Dorian is a positively affable chap with a fun sense of humour, a John Holmes moustache, and will, at some point, have you laughing till your mask fills and you can barely keep your reg in, but takes his diving seriously. It was only after we’d been diving together for three days that he asked if I’d like to do an afternoon freshwater cave dive half an hour inland. You bet! Despite having well over a 1000 dives in my logbook, I’d never done a penetration dive, so was a touch nervous as we clambered carefully down inside the mouth of a cavern. 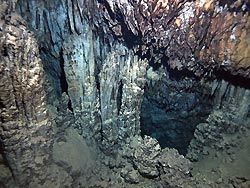 With two torches each, we carefully slipped into what appeared to be nothing much more than a large puddle, mindful of not disturbing the fine silt on the bottom, and followed an orange safety line down and in. After an initially narrow section we emerged into a series of huge caverns draped in stalactites and stalagmites full of gin clear water, only troubled by the odd halocline. The environment and total stillness were enthralling in their own right, but it was even more thought-provoking with the knowledge that the water level was once much lower and the caves surely inhabited. Close to the entrance and exit, in six metres of water, lie the remains of Japanese rice bowls and a clay bottle made in the late 1800’s in the Netherlands. It begs the question what older relics might lay further in. 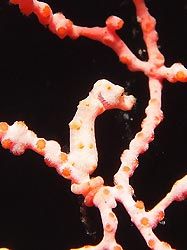 As well as being home to Nusa Island Retreat, Big Nusa is inhabited by a local community who chat happily with visitors taking a walk around the island. During the windy months from October to March the multitude of small islands and channels are dotted with apparently excellent surf breaks and the accommodation often taken up by surfers, the owner Sean being a keen wave rider himself, as well as the provider of a good yarn and even better tucker. He also likes a party, and night owls will feel at home.

The other accommodation option is Lissenung Island, an even smaller island twenty minutes boat ride towards the Bismarck Sea. Owned by Austrian ex-engineer Dietmar Amon and his wife Ange, it’s seven rooms are ideally located for diving the Bismarck sites like Peter’s Patch and its batfish and pelagics, Helmut’s Reef, the Leaf Fish and White-bonnet Anemonefish at Danny’s Bommy, the long wall at Kavin II, Matrix and its whip and soft branching coral, and of course Albatross. 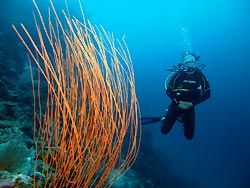 and Panda Anemonefish. We dived some of them several times, and would happily return to them repeatedly, although if a choice had to be made Albatross and its wall overgrown with big fan corals, black corals and sponges just pips the others.

Several times a year Lissenung’s twin-engined 26-foot Ozycat heads northwards to New Hanover on expeditions to explore virgin reefs, a Japanese two-man submarine, and Chapman’s reef and its resident giant groupers, staying in guesthouses on different islands depending on the itinerary.

Contrary to Nusa, Lissenung Island is only occupied by the seven-room resort, has a “no guests under 12” policy, and can be walked around in ten minutes. Basically guests share Dietmar and Ange’s private island paradise, with sandy and well-kept gardens, a small but perfect white sand beach with several seahorses basking in the shallows, and each room facing the sea.

The staff live on the neighbouring island of Enuk, and tours can be arranged to the village and school, whose development 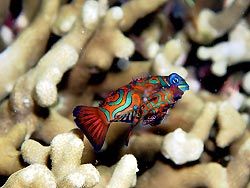 that the philanthropic owners have been heavily involved in. In the evening the office doubles up as a clinic as locals come in to have a variety of minor injuries dealt with.

The usual routine sees the dive boat leave after breakfast and return for lunch. It doesn’t take too much luck to get a glimpse of juvenile Black-tip Reef Sharks around the far side of the island.
Afternoon and dusk dives leave daily, and a secret location is home to more Mandarinfish mating after sunset. Afternoon dives on the house reef that goes two-thirds of the way around the island are free, and much of the best stuff is in three metres of water, making it ideal for snorkelling too. 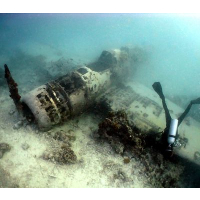