Slowly I exhaled and looked down along the mooring line. I could feel the slight current tugging as I held on and switched on my camera. Twenty meters below I could clearly see 'Severence', a two masted sailing boat that sunk in 1998. Our guide, Daniel excitedly pointed out a Grey Reef Shark lying on the sand and a large Green Turtle, which was about to take off from its resting spot next to the hull of the wreck.'Severence' is still pretty much in tact, there are even remnants of the sails. Besides the algae there is now also other growth appearing; small coral patches offering refuge and food for reef fish. Larger pelagics hang out in the blue.

We peered inside through the manholes, hatches, doors and windows and found several tiny juvenile Yellow Boxfish hovering in and out of the wreck. I was so excited when I saw the first one, but can you imagine the thrill when I spotted another 5 or 6 nearby. Although it looks like they are not great swimmers they manage very well to move away rather quickly and I was struggling to get an in focus picture. A Giant Moray looked very comfortable, lying curled up inside one of the hatches.

Hard to believe we would soon be returning to the real world, stressing about work commitments and chores needing to be done in only a couple of days time. Lady Elliot Island felt so removed from our normal life!

On the day of our arrival, three days earlier, it was a bit windy and weather reports forecasted rain and stronger winds. However, out little plane had landed safely on what the pilot told me is the shortest runway in the world and we were personally welcomed by Jenni and Wayne.

Upon arrival we were given a program with what was on each day and besides the diving and snorkelling there were history, bird watching and beach combing walks, fish feeding sessions, bird watching tours, reef bingo, movies and documentaries to watch. Then there is the Manta Lounge with plenty of books, games and a selection of videos for the more rainy days and an undercover table tennis table complete with bats and ball. On a stroll to the lighthouse we found the mini golf circuit, which according to some of the other guests doubles as a refuge for Green Tree Frogs. And in the middle of the resort complex there is the Manta Pool, volleyball net and a kid's playground.

We quickly checked out our Reef Unit. Basic, but very comfortable and sparkling clean, right on the beach and very importantly close to the dining room/bar.
As soon as we had made sure our luggage arrived in the room we went to the dive shop to see what was happening on the diving front and booked ourselves on the 2 pm dive. Just after lunch we got into our wetsuits and strolled to the shop to set up our gear. From there we were taken in a golf cart to the beach where we would board the boat.

All dive sites are directly around the island, so there was no sitting on the boat for long periods of time and within 5 - 10 minutes from boarding we would be ready to jump into the water.

Our very first dive here was at a site called Anchor Bommie with a maximum depth of just under 20 meters.

Besides the first larger bommie, a lot of staghorn coral patches were scattered throughout the dive site with plenty of fish finding shelter. As we were waiting for the other buddy pair to enter the water and descend we found some Barrier Reef Anemonefish, a very shy Coral Trout and plenty of little reef fish feeding and chasing each other. A Green Turtle was resting underneath a ledge but took off as soon as we got a bit closer. Right near the mooring a Giant Moray was curled up amongst coral.

A shadow loomed not far from us, but because the visibility was less than ten meters we only realised it was a large Maori Wrasse once we got fairly close. I attempted to get a shot, but before I could adjust my strobe to minimise the back-scatter the large fish had disappeared.

Due to conditions and a minor mechanical problem there was no diving on our second day and we decided to walk around the 'entire' coral cay. Even though the staff had already told us it would only take us twenty minutes it took us three attempts to actually manage as heavy rain kept forcing us to retreat inside. And even though we did get a bit damp to say the least we had a great walk and saw Sooty and Pied Oystercatchers, Red-tailed Tropicbird, Reef Egrets, Lesser Golden Plovers, White-capped Noddies and of course plenty of the Buff-banded Rails

The following day we woke up to almost completely blue skies and little wind.

Within no time we were up, keen as mustard to get some diving happening.
While some of the staff was still working on the boat we were taken for a shore dive. Carefully we made our way across the reef, only stepping on the dead remains of coral that has been exposed during low tide.

We jumped in, put fins on, swam out a bit and descended next to Maori Wrasse Bommie, a site that is also excellent for snorkelling as it has a high variety of very healthy looking corals. The fish life was accordingly varied and abundant. Schools of Goldlined Rabbitfish (Siganus lineatus) and more Chevron Barracudas.

Our exit was an interesting one as I stumbled when a wave knocked me of my feet and I was washed down onto my knees and rolled over, being unable to move unassisted (thank you Wayne!).

The fish life at both sites was amazing. Large schools of the small Green Puller flashed their blues and greens swimming just above the plate corals, ducking back into their shelter in unison as soon as one of us came too close for their comfort. Hanging back was just the best option to enjoy this spectacle as they would come out further. Magic!

We saw Yellow Trumpetfish, Scissor-tail Sergeants, a couple of Maori Wrasse, Bird-nose Wrasse and a small parrotfish. My buddy spent a long time hanging out with a school of Big-Eye Trevally and of course some turtles came past too.

On the second dive we had several fantastic encounters with large Manta Rays. They zoomed past, but seemed very determined not to sway from their path and surprised some of us by getting REAL close. While we were enjoying the sight of these giants a Leopard Shark made an appearance too. Wayne, our wonderful guide on this dive punched the water,

completely happy with showing us what must be one of the best things Lady Elliot has on offer.

The sun was getting close to setting and we hurried back home, our hearts still beating at an increased rate and adrenaline pumping through our veins. What a fantastic day!

After enjoying a pretty much perfect sunset with the sun setting over the ocean we strolled back to the dining area where a BBQ had been fired up, sausages were sizzling. A good choice of different meats was

available and of course vegetarians were catered for properly too. I must say that the Salt and Pepper Squid comes highly recommended. Together with a good variety of salads and some seriously amazing desserts (hallo Pavlova and chocolate pudding!!) I was completely satisfied.

Another recommendation would be to join in on Sunday Sunset. We were sitting on the sand, watching another perfect sunset, sipping on champagne and having some nibblies. How civilised is that?

On our last morning we decided that we would fit in a tour with the glass bottom boat and some snorkelling. Again we encountered some Manta Rays. The four of them were a bit wary at first, but after 5 minutes in the water with them they seemed to be just as curious as I was and came closer and closer. I almost forgot to breath and unfortunately time to leave them came way too soon. Still a big thank you to Dale and Jae for us having this great experience.

Lady Elliot Island is a great place for groups of divers, people who like to combine relaxation with diving or have a non-diving partner and families. There is no need to feel bored a single minute and there are plenty of opportunities to experience and interact with nature.

In November through till February the female turtles come on land here to lay their clutches of eggs and from February to April, the hatchlings appear and you can see them scuttle across the sand into the ocean. All in full view of visitors. The remainder of the year turtles are plentiful too and we were surrounded by them on all our dives. We would see at least 4 or 5 each time.

The 40 Manta Rays who are permanently living around Lady Elliot are of course another major attraction for the divers and snorkellers.

Besides all the birds, turtles, other marine life and activities there is the staff who definitely make your stay at Lady Elliot complete. Of course we met the dive shop crew on a daily basis and we spoke to the bar staff quite a bit.....but also the people more behind the scene we got to meet (and I am sure the ones we did not get to see): each and every single one of them was nice, patient and very attentive. Amazing when you consider that they do 20 days straight and spend all their time on the island being surrounded by guests and work.
The only thing I would tell them to change would be that they let the guests win when the limbo is on. Jae and Jenni made it seem so easy!

The food was great. Breakfast and dinner were served buffet style and for lunch there was the option to have another buffet or you could choose from the tasty menu of the 'Beach Café'. At all times there was plenty of choice, some nice vego options and the desserts.....How I miss the desserts. The first meal I had back home seemed rather dull.

We didn't want to leave, we wanted to dive the sites we had not been to yet, but our plane was waiting for us, our bags were packed. Time to go home, time to plan the next trip to Lady Elliot where we will definitely return.

How to Get there:

The most economical option would be to catch a Seair plane from Hervey Bay or Bundaberg in Queensland straight to the island. There are flights directly from the Gold Coast Airport with Seair too, but they might not suit everybodies budget.

For more information, prices on packages or to book your stay check out the Lady Elliot Island web site. 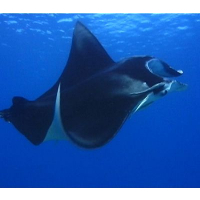