No Barriers at Great Barrier

Story and photos by Nick Taylor 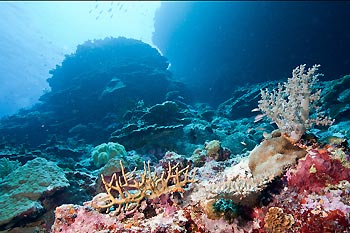 As I am sure, you are probably aware Queensland started off  February with a Category 5 tropical Cyclone a mere week after the floods in Brisbane. They called it the storm of the century with good reason.

Being the largest weather system to have ever hit in Australian history. The media had a field day and covered it from every angle. However being the largest did not make it the deadliest, that was Cyclone Tracy, which devastated the Northern Territory capital of Darwin in 1974, killing 71 people.
Yasi covered an area 310 miles wide. It changed direction as it raced towards land and veered away from Cairns and Townsville and went down the middle instead landing at the more rural areas of Cardwell, Innisfail and Tully decimating most of the area's banana crops. 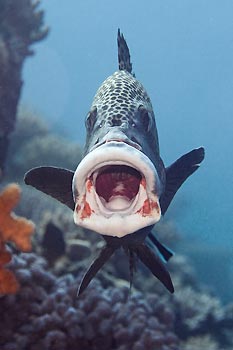 When Larry hit prices of bananas soared to a high of $15 a kilo compared to the original price of $3 or $4 a kilo. So maybe bananas will be off the shopping list for most of us until they are in full production again.

Certain media portrayed a much more sinister affair and with the weather and storm systems being the way they were over the last few weeks in Queensland, almost cut out the prospect of making a come back through tourism industry due to the fact the tourists think we are still 6ft underwater.

I have something to tell you: Queensland and indeed Cairns are open for business as much now as ever before. With the season now a lot more quiet due to current affairs in the media the trips and service received is given on a much more personal basis.

Mother nature should never be underestimated as a powerful force of destruction. Yasi will be at least 500 million AUD in damages, Julia Gillard has suggested in recent talks to the media. Compare that of the man made disasters at the Deepwater Horizon rig in the Gulf of Mexico early last year and you have a shocking comparison of estimated damages ranging from 3 billion to 12 billion dollars US. What I mean by this is the real danger out there in the world is us. This may be the first time that we have recorded such a storm. However, I can only imagine that it is not the first to have ever hit this area ever. 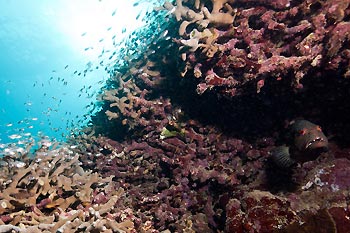 Prior to Yasi hitting, I had just come back from a trip exploring the Ribbon Reefs and Osprey Reef. More out of curiosity than anything else I decided I wanted to witness the power of Mother Nature itself and went ahead and booked myself on the same itinerary again and with my Canon 5D Mark 2 in hand to document if in fact the Great Barrier Reef had been wiped off the planet.

After everyone settled for dinner on the first night steaming out of Cairns the dinner conversation started and was light and jolly to say the least - maybe this had something to do with the onboard bar. In no way did it even touch on the subject of the reef in the aftermath of Yasi.
A few comments were made down the far end where the guides and instructors were sitting. Like me, they were uncertain of what to expect with regards to the condition of the crossing to Osprey, the visibility in the water and indeed the condition of the reef. 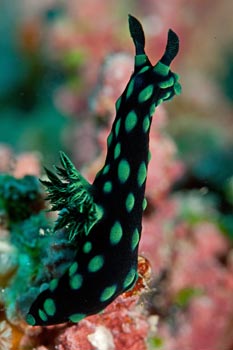 Our first day diving was ofcourse the Cod Hole and Cod feeding. Conditions looked calm enough and as I kitted up and stepped towards the side of the vessel I thought to myself: "This is it, the moment of truth", and with one large step plunged into ground zero.
As the air bubbles slowly rose out of sight I gradually descended clutching my camera unit, to revel the dive site we had come to explore. A surprised look came across my face when I turned to look for my dive buddy and was welcomed by a large potato cod instead of my buddy behind me. Water temperature was about 28 degrees Celsius and visibity was a fair 15-20M better than I was expecting. This was a good sign of things to come this week.

Exploring the reefs in the coming days it would be a lie to say there was no damage. Tips of stag horn coral lay here and there on the sandy bottom and the occasional sea fan had been turned upside down. The largest damage was that to the table corals which had been picked up and dumped a few meters from their original resting area. 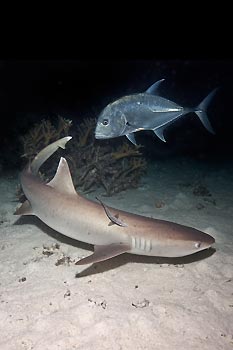 The fishlife on the other hand was, well, just that: ALIVE. They were feeding in schools a lot larger than that of the previous trip. It was if someone had let a child loose in a sweet shop and they were loving every second of it. Life was abundant. The now vacant lots of reef now have given way to allow the next generation of new growth and fresh life to flourish. The dive group was even graced with the presence of a rare whaleshark off at Osprey while making the safety stop. I had already exited the pool and was transferring photos when the news of a whaleshark reached me, hence no photo.

In conclusion, the general structure of the reef has received a certain level of damage however this has opened doors for other avenues of growth and life to thrive. The main fact is Queensland, Cairns and especially the Great Barrier Reef is still as magical an as unique as it ever was. And just like much of Queensland open for business like usual.

Traveling to Cairns is easy. Flights leave regularly from most major airport in Australia and cost on average from $150-$200 one-way.