The history of our vast continents mountains, deserts, adventurers and fighters is well known but that of our watery periphery is often overlooked. Australias Coral Sea has a fascinating story and if the government continues with its current plans it will become one of the largest safe havens for marine life on the planet. 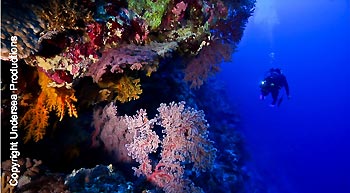 The Coral Sea extends between Australias Great Barrier Reef, north up to Papua New Guinea, and over to the Solomon Islands and New Caledonia in the east. Australias jurisdiction includes nearly 1 million square kilometres of clear tropical waters and is one of the healthiest areas left in our global oceans.

But the Coral Sea hasnt always been the natural icon it is now. It has a chequered past dotted with countless tales of human ingenuity. When it was named the Corallian Sea by Captain Matthew Flinders he commented on how few ships passed through the treacherous waters without encountering a coral reef. As the decades rolled by the Coral Seas islands and cays became an increasingly sought after site for harvesting guano (or bird poo to most of us) for use as a fertiliser which was shipped to the mainland.

When the hawksbill and green turtles were hatching on islands in the Great Barrier Reef in the late 1800s to the mid 20th century they may have witnessed the fellow turtles being unsustainably killed on the beaches in their thousands. Their gorgeous shells were taken from their backs and meat was used for tinned soup. 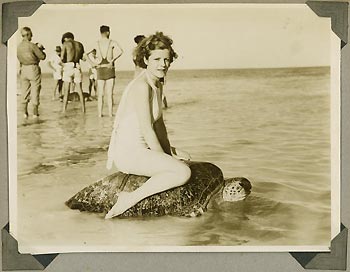 The Coral Sea is the birthplace of the Eastern Australian Current and any fans of Finding Nemo can imagine the thousands of turtles cruising these tropical waters. Throughout the early 1900s you could even take a ride on a turtles back in many coastal Queensland towns. What an incredible thought  turtle riding was a tourist activity!

As the world was drawn ever more into conflict during World War II the Coral Sea was the site of Australias most significant naval battle: The Battle of the Coral Sea. On the 7th and 8th of May 1942 allied and Japanese forces fiercely attacked one anothers ships from the air. This was the first time during WWII that the Japanese were defeated at a major battle and it turned the tide of the war in the Pacific. 656 allied and 966 Japanese personnel were killed in the tragedies of the battle.

As commercial whaling was transformed with the advent of explosive harpoons the Coral Sea became a sight of significant slaughter of humpback and sperm whales reaching its height in the 1950s. Numbers rapidly dwindled and as time progressed whale watching became a favourite holiday attraction for Australians as we began to value the best of natures playgrounds. But it wasnt until 1979 that Prime Minister Fraser finally pulled the pin on Australian whaling.

Today the Coral Sea is hailed as one of the few remaining areas where large pelagics like tuna, marlin and sharks are still abundant, and isolated tropical reefs still pulse with the rhythm of nature. Many divers will know of the Coral Seas incredible dive sites like Osprey, (particularly if youre interested in shark encounters), Shark, Vema, Holmes, Marion and Saumarez reefs just to name a few. If youve been then youve had a glimpse of some of the best diving the world has to offer. 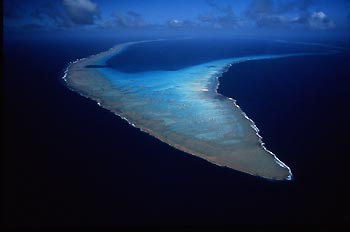 The next chapter in the Coral Sea will be a fascinating one. Late last year the federal government released a proposal to protect the Coral Sea in a very large marine park which excludes oil and gas drilling as well as trawling but leaves over 90% of the reefs unprotected.

As divers we all know that coral reefs are the lifeblood, or the blue heart of our ocean as Dr. Sylvia Earle so vividly described them. To leave them unprotected when the chance is there to do something extraordinary is to miss an opportunity our marine life cannot have slip by. Please visit www.protectourcoralsea.org.au to add your voice to the call and urge the Government to protect all of the Coral Seas reefs, underwater volcanoes, important breeding sites for tuna and marlin, and critical migration routes for turtles and whales. Weve got until Feb 24 to make a submission and turn the tide in favour of our marine life.

Underwater legend Valerie Taylor AM has narrated a short clip which captures the beauty of the Coral Sea.

Ive seen the changes that have occurred in our oceans over many years. Establishing a very large, highly protected marine national park in the Coral Sea would safeguard this special area just like national parks do on land Valerie Taylor AM.

Thank you to Undersea Productions for pro bono filming and production services.

Ikelite Australia - Underwater Photographics
Underwater Australasia is official dealer for all Ikelite products and we can help you with all your Ikelite video and digital camera housings needs as well as accessories such as strobe packages, ports and more. Sales to Australia only.

Ikelite Australia - Underwater Photographics
Underwater Australasia is official dealer for all Ikelite products and we can help you with all your Ikelite video and digital camera housings needs as well as accessories such as strobe packages, ports and more. Sales to Australia only.