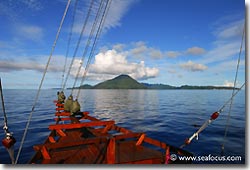 The water is mirror calm, deep blue yet glistening with gold as the sun starts to set. We are sitting on the prow of our phinisi schooner approaching the imposing slopes of Guning Api. A pod of dolphins appear, slowly, lazily surfacing ahead of us. It must be too late in the day for them to frolick but they stay ahead, escorting us into the harbour at Banda Neira, an island that was once one of the richest places in the world.

It has long been an ambition to dive around the Spice Islands. The mystique of this far flung but historically important Indonesian region has always captivated us, yet a couple of planned trips were aborted due to the civil war in the 1990's. We kept an eye on things and as soon as the region settled we reinstated our trip and headed off to fulfil the dream. 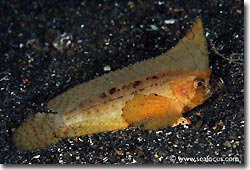 Like many of these types of destinations, it's divers that pave the way for tourism to return. We had chosen to travel with Archipelago Adventurer II, a solid adaption of a traditional phinisi schooner that traverses these waters on a regular basis. Our group of dive buddies were all equally impressed at the breathtaking landscapes we were passing and as we slid gently into the harbour at Banda Neira, we found the lie of the surrounding islands had created a setting rather like an inland lake. The marine environment here is quite unusual as despite it's lagoon-like appearance, a strong tidal flow passes through the harbour channel creating a rich marine environment. 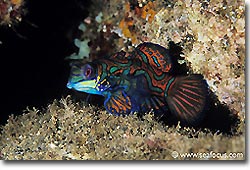 It's not a pretty area, with little coral in the bay, but there is the most incredible up-tempo muck diving right below Banda Neira Pier. From the shallowest point down to quite some depth, the slopes are strewn with weird creatures. Mucky and grubby, this typical pier dive has masses of delightfully strange fish, one of those sites where each dive starts to feel like a fish ID list. Over several dives we encountered filefish, banded pipefish, coral banded shrimp, lovely pale pink morays, masses of razor fish, octopus and juvenile butterflies. Not to mention crabs and shrimp, anemones and, well, the list could go on!

At depth there are whole gangs of fire urchins and of course we spent time peering at each one to see if we could find all their commensal partners. We spotted the tiny pale squat lobster, juvenile cardinals and many pairs of Colman's Shrimp. 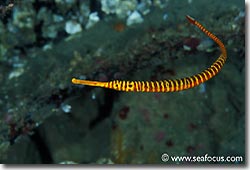 Although the divemasters say they usually see zebra crabs too, we missed those, but chances are that was because at 27 metres our time was limited.

All that macro splendour faded into insignificance at dusk when the resident mandarinfish appeared. Fondly described as mandarins on steroids, whole colonies of these rarely seen beauties emerge every night at dusk for a mating session or several. It was one of those classic dive moments when so many of these iridescent creatures started to appear that you hardly knew which way to turn, and although we have seen them before, we got a great kick out of watching others see them for the first time. Another great memory was seeing one of our buddies get introduced to a snake eel. He had no idea what the small grinning teeth represented and jumped six foot in the air when one leapt out of it's hole to grab at a passing dinner! 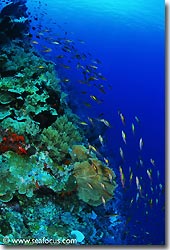 Of course, Banda is not just about grubbing in the muck. Outside the harbour, nearby reefs are exposed to open waters and there are many pretty walls and coral reefs nearby. Nestled right beneath Guning Api, and just outside the channel, is the newest of new reefs disguising the broad scar caused by a volcanic explosion just a couple of decades ago. This dive is a great example of watching how a reef regenerates. Above the waterline, the devastation is still distinct, but below, the slopes on either side of the lava flow are rich and thick with fast growing corals. They are even encroaching on the strip of reef wall that was devastated, reclaiming it and the damaged seabed below. 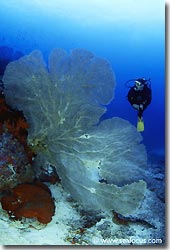 A little further away, several islands and outcrops are exposed to open water currents so the reefs here attract more pelagic species. Batu Kapal - Ship Rock - has got to be one of the most impressive. One pinnacle breaks the surface, the ship, and there are several other submerged pinnacles around it. All reveal coral clad sloping walls that host many schooling fish and attract bigger passers by. We had glimpses of tuna, grouper, morays and large rays but perhaps the most impressive part of the dive was a section at the base of the south east pinnacle. This has to be one of the most amazing deep dives anyone is likely to see as at 38 metres, a swathe of fan corals have grown to over 5 metres high - and wide. These pale coloured giants swayed gently in the light current swamping our tiny diver bodies.

Our other favourite "big stuff" dive was at Karang Hatta, another submerged pinnacle with several sections to explore. 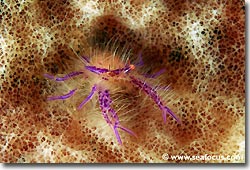 We dropped in over a submerged peninsula and right onto a cluster of whitetip sharks. One had a white scar on his head and so was easy to spot as he patrolled to and fro along the reef. Then there were at least four others that kept swooping back towards us, disturbing the dense schools of snappers and rainbow runners. A couple of barracudas joined in the activity while the whole point was swarmed by masses of Indian Ocean triggers. We moved down the wall which was seemed typical of the area, with the huge sponges and lots of fish life until we ascended for a safety stop on a shallow plateau and encountered a school of bumphead parrots. There were about 15 and they were just huge, at least 4 foot long, but quite shy, moving just that bit further away every time we approached. 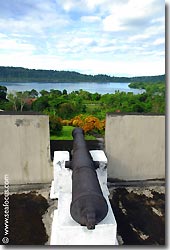 Being in such an historical area, we forced ourselves to decamp from our floating palace, allowing the diving to take a back seat to the islands fascinating past. Despite all the exciting adrenaline rush hours we spent beneath the surface, we were keen to see the lone commodity that had made the Banda Islands so rich - nutmeg. Even to this day, there are only two places on the planet that can successfully grow this magnificent species. At a local plantation we learned it was all to do with a combination of heat and winds and that many places that attempt to establish plantations, eventually fail due to the uncontrollable vagaries of the weather. Nut megs are tree borne and some of the ones we saw had been there since well before the arrival of the European colonial powers that fought so aggressively for control. In the 1600's these islands were the richest on the planet, being the sole source of a spice that was worth more than gold. Banda has some beautiful, if faded, colonial architecture reflecting those days, a small museum and several forts. The islands were fiercely fought over until a final battle between the Dutch and the British. A deal was eventually brokered, with the British conceding Banda in an exchange that left them with the "poor relative", another small and seemingly insignificant island that is now known as Manhattan.

It had taken us many long years to finally reach Banda and the trip more than exceeded our expectations. We also saw some of neighbouring Lucipara Atoll, Seram and Ambon Islands. Equally impressive, those places deserve a story all of their own. We had also discovered that not only was this region full of fabulous diving, it was quite different to other parts of Indonesia we have seen and was definitely not Irian Jaya. Being so close, the two areas are bound to be compared yet they are different enough for each to warrant it's own reputation. Personally, we think we rather preferred the Banda Seas - the diving was a little easier, the reefs were more colourful - and there were so many schooling fish. The local authorities here are big on marine conservation and that shows. This destination will undoubtedly be the next big thing in Indonesia! 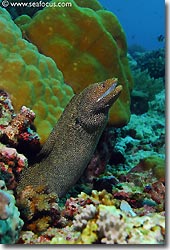 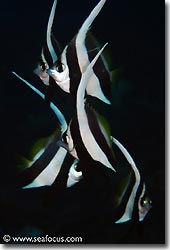 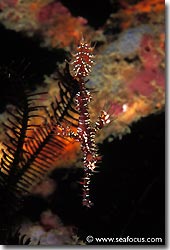