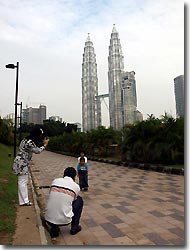 I have to admit that the Petronas twin towers exert an inexplicable draw to return to Kuala Lumpur again and again. One of the most recognizable landmarks in the world KLCC is my absolute favourite. For the second time in two years I made my way to Kuala Lumpur and to the Malaysia International Dive Expo.

Promising to attract a large crowd and more exhibitors than last year's already very successful show and with underwater australasia growing stronger in the region we just had to be there again.

One of the main recipes of success of MIDE is the fact that it is free entry for everyone. Visitors have to register so the organisors still get a good idea of who is going and how many make it through the gates, but unlike so many other dive shows this manages get people through the entrance that might otherwise not come - and this in turn will help encourage new participants in our favourite underwater adventure activity .... and that's what it's all about. 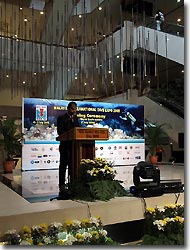 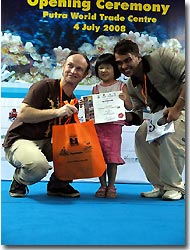 Over three days there were pool demonstrations, try-outs, workshops and seminars about destinations, diving technology and techniques and much more. Even kids got involved again with the now annual children's drawing competition. 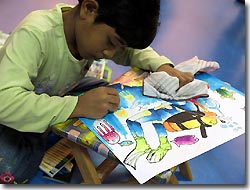 Some very important people made it to the official opening of the show, including the head of Malaysia Tourism. The Scuba Rangers did their pledge and it was very good to see some very young new scuba divers with much excitement in their faces.

We were lucky enough to have Neville Coleman as a VIP on the underwater.com.au booth, which created quite some, stir as his participation was unannounced and people were scrambling to get their photo taken with "Mr. Neville" 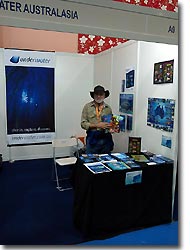 or his latest book signed in person. Even after two Byron Underwater Festivals (which underwater.com.au organises), where Neville has been our VIP each time, there are many new stories emerging from the colourful life of Neville and I can't wait for his documentary series .... (it will happen eventually).

The MIDE Cocktail party which was co-organised / sponsored by Scuba Diver Australasia was a great success, despite there being no cocktails. Again Neville showed it to the world as he opened the dance floor before anybody else dared and showed us his moves. You still got what it takes, Neville!

After 3 days of standing in and around the booth it's always great to see it finish too. 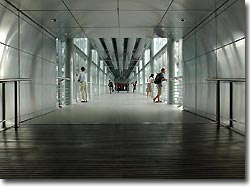 This year the only interruption to the booth duties was a trip up into the Petronas Tower Bridge. The bridge is at only 170 metres despite the towers being over 450 meters high. Hard to understand why thousands of people line up each day to get a ticket to stand on this bridge for a few minutes. I guess the fact that it is free might help. But you pay dearly for the free ticket, as you have to endure a 7-minute 3D cinematic presentation about the greatness of Petronas before you are let into the elevators. All in all a must thing to do when you are in KL even if it is just to say you've done it.... 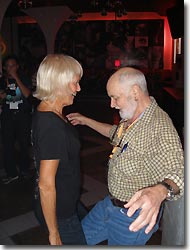 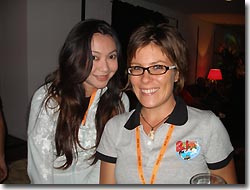