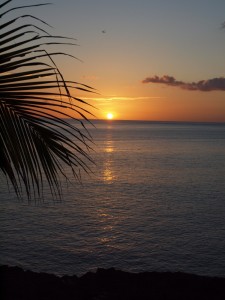 It had been a few years since we had been to Christmas Island. This time, arriving on the island wasnt as dramatic as previously when we had clear blue skies showing the absolutely stunning birds eye view of this rock in the middle of the blue Indian Ocean.


We descended through heavy clouds, however, we knew exactly what was hiding down there: drop offs to thousands of meters, pristine corals, endless kilometres of spectacular wall diving, untouched dive sites, undersea caves, hundreds of species of tropical fish, dolphins, whalesharks, and warm clear water. And in addition, above water the island is covered in tropical rainforest with habitats for almost 40 species of birds some of them unique to the island and of course the crabs! More than 63% of the island is part of the Christmas Island National Park.


We had arrived early for some last organisational efforts for the festival and fortunately, after a few days the weather cleared up and sunshine and flat seas invited to start some serious underwater photo- and videography.


After the first three Underwater Festivals had been held in our hometown of Byron Bay on the east coast of the Australian mainland, we decided that varying the festival location in future events would give regular participants a chance of new experiences and challenges and give other divers the opportunity to join in. 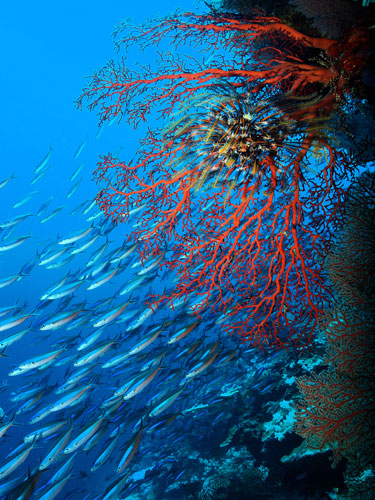 In this spirit, the 2010 Underwater Festival was co-organised with the Christmas Island Tourism Association. Linda Cash, staff members and local volunteers put in a fantastic effort and succeeded gloriously in providing a welcoming atmosphere, great food and social events and a seamless festival for all 34 participants.


The timing of this years Underwater Festival coincided with the end of the wet season on the island and the tail end of the Whaleshark season and expectations of the visiting divers were high. 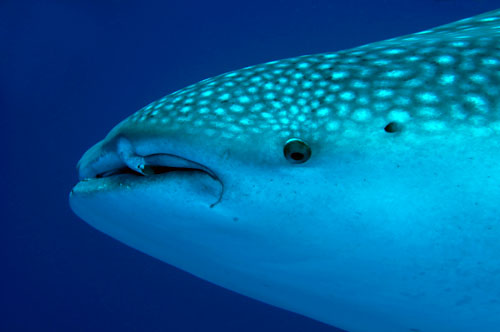 
Once the fly-ins had arrived on Saturday a welcome BBQ was held right at Flying Fish Cove. Besides great food, Underwater Festival regulars knew there was of course a range of beautiful MadFish Wines available for all participants. Other sponsors and prizes were showcased during a welcome presentation. All participants received their big Festival Packs, which contained a well designed combo pack of Dive Junkie T-shirts, the official 2010 Underwater Festival T-shirt and Underwater Festival cap by Ocean Guardians as well as a $100 Scubapix voucher, dive magazines, a book and some other goodies.


The next day it was straight in to diving with Wet n Dry Adventures and Christmas Island Divers who were taking people out on double boat dives in the mornings. People could then choose to do an afternoon dive or a night dive in Flying Fish Cove. 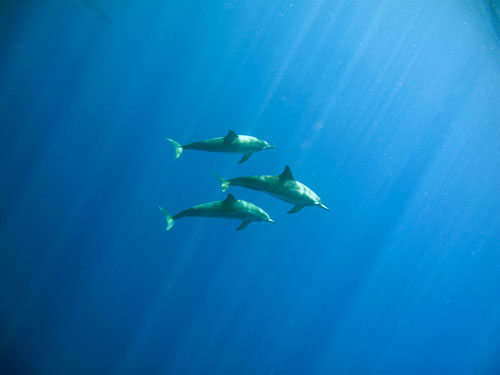 The excellent diving and snorkelling right of the beach in Flying Fish Cove amazed everybody. You only needed to swim out a few meters to see a huge variety of fish and corals. Rather quickly the depth increases and the bottom, despite 20  30 meters visibility, disappears. Not a place to drop anything of value!


During a quick snorkel we saw probably 5 different species of triggerfish and for me unusual species of butterfly fish each, a large mottled moray swimming around and a chunky White-tip Reefshark. Huge table corals with diameters of at least a couple of meters were plentiful. Plenty of other fish and a school of small trevally greeted me in only a couple of meters of water as I returned to shore.


Over the next 5 days we encountered Whalesharks and Manta Rays and almost all participating divers were treated to a number of encounters with Scalloped Hammerheadsharks. We swam with Spinner Dolphins, barracudas, schools of Giant Trevally, Dog-tooth Tuna and an array of surgeon and butterflyfish all of which extended the feeling that the festival spirit extended to well down below. 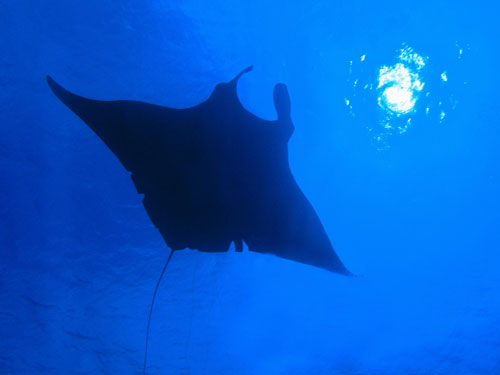 
Tuesday night anybody who was interested could attend festival presentations for free. Mathieu Meur presented a talk on the Art of Composition in Underwater Photography and there were talks by Jacqui Foster from WA Fisheries on community education as well as by Jean-Paul Hobbs from James Cook University on the fish life of Christmas Island.


After all the diving was done and photos submitted on Thursday early evening it was time for the legendary Underwater Festival Party. An outstanding selection of finger food and plenty of MadFish Wines were being served to excellent live music. The night was long and there are some hazy memory fragments of festival participants jumping of the jetty  and not all of them were fully clothed.


The next day, Friday, was the last day of the Underwater Festival. Breakfast of bacon, eggs and baked beans was served from 8 am at Tai Jin house overlooking Flying Fish Cove. After a relaxed meal everybody was anxious to see the presentation of the winning images, videos and artworks. For the local non-divers who came along, this was a great time to get a snap-shot of what everybody had seen in the last week. For the divers and participants it was reliving the experience of a fun-filled week.


Both locals and fly-ins lined up for prizes and the judges were particularly impressed with the high standard in the Novice category.


The winning video was again won by Gold Cost local Kieren Curry who walked a way with a $4,500 video light from Light & Motion sponsored by Scubapix in Cairns. A Byron Bay local, Lynton Burger, won the SLR category and with that a trip to Bali by Aquamarine Diving. The best festival portfolio went to Christmas Island local Rob Reynolds who walked away with a full set of Beuchat Scuba gear from Australian distributor ZSports in Brisbane. In the compact category, fly-in Matt Timbrell took out the Ikelite prize with a great manta ray shot. Another local, Kirsty Faulkner took out the best Novice shot and continues her photography career with a brand new Sealife DC1200 camera.


It was indeed interesting to see that in the portfolio category a novice and a compact camera user took out some prizes, which traditionally had been more of an SLR territory. As Mathieu pointed out a good camera does not guarantee the best pictures.


This year the Underwater Festival Art Competition Marine Visions IV took a lesser spot in the limelight compared to the last three last years as there were obviously logistical problems getting artworks to the island. There were many fantastic entries nevertheless. The first prize winner of a FROG BCD was James Livingstone who entered his photo in advance. Next year this part of the Underwater Festival promises to be more extensive and exciting than ever before. 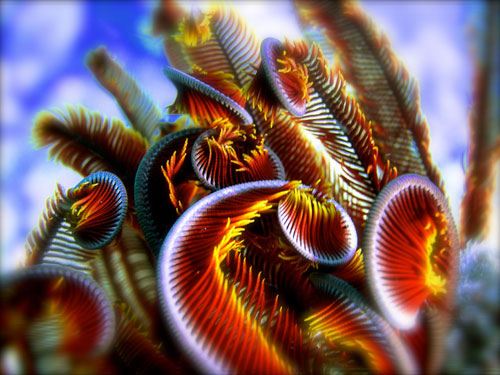 All prize winners and their winning images and videos are presented in full on the Underwater Festival website www.underwaterfestival.com.au

and supporters of this annual event.

The 2010 Festival is now over  we hope to see everybody that loves diving in Australasia for our 5th annual Underwater Festival in 2011. With the tagline The Australasia Challenge it will incorporate an Australasia-wide simultaneous photo and video shootout competition like no other with over $100,000 in prizes including $10,000 in cash. More info at http://www.underwaterfestival.org