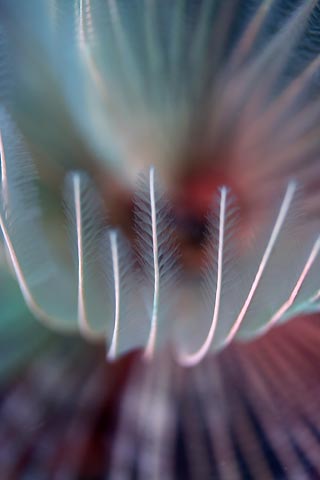 One can be a diver and still believe in fairy tales! I stumbled accross this beautiful thing in the Andaman Sea, Thailand and I just thought it was a feather duster lost by a fairy. Back on the boat, I've been told that it actually was a tube worm... but I don't believe it, I prefer to think about my marine fairy. Racha Yai, Phuket, Thailand. Canon D40 - single Sea&Sea strobe YS-110.
Photocomp January '09 - Novice