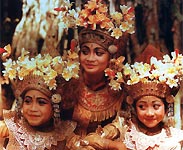 The island of Bali has been widely known as the exotic heaven filled with unique arts and ceremonies. Breathtaking panoramas such as terraced ricefields, with rivers and small irrigation streams disecting a luscious green landscape, filing the air with the enchanting sounds of running water. A home to a friendly and remarkably artistic Balinese.

Unlike most of Islam-majority Indonesia, the majority of Bali's population adheres to Balinese Hinduism, formed from a combination of existing local beliefs and Hindu influences from mainland Southeast Asia and South Asia.

The main tourist locations are the town of Kuta (along with its accompanying beach), Sanur, Jimbaran, Seminyak and the newer development of Nusa Dua. The Ngurah Rai International Airport is located near Jimbaran, on the isthmus joining the southernmost part of the island to the main part of the island. 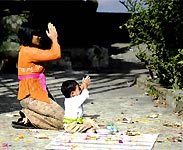 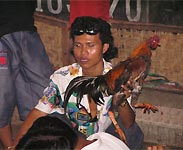 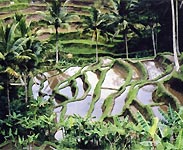 Bali has a large number of outstanding dive sites ranging from muck diving in Secret Bay to wreck diving in Tulamben.

The tropical seas from the shores of East Africa, the Red Sea, through to South East Asia and then eastward to Australia, the Solomons and extending to the islands of Hawaiian Islands is the worlds richest marine province.

If you ask any visitor to Bali, why they chose Bali as their holiday destination I am sure you will receive many and varied answers including, the culture, the people, the shopping, the nightlife, the stunning scenery. But there is a secret side to Bali that is slowly being discovered by more and more people looking for that something different and exciting!