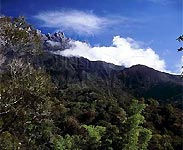 East Malaysia consists of the Malaysian states of Sabah and Sarawak which are located on the island of Borneo, to the east across the South China Sea from West Malaysia. While East Malaysia is relatively less developed than West Malaysia, it has, notably, far more natural resources including large oil and gas fields.

As states of the Federation, Sabah and Sarawak retained a higher degree of autonomy than the other states in West Malaysia. For example, they have separate immigration controls, and even Malaysian citizens from West Malaysia require passports when visiting East Malaysia. 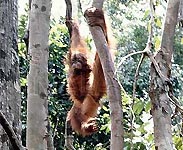 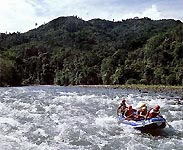 Riding out the rapids at Kiulu River 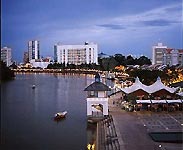 Warm tropical climate with general temperatures ranging from 21¬?C to 32¬?C and very strongly influenced by the Northeast and the Southwest Monsoon. May to September usually is a drier period. The states in East Malaysia normally have their rainy season between November to February.

Lying 8kms off mainland Sabah, Labuan¬ís crystal clear waters and perfect diving conditions all year round makes it a very appealing destination. World War II and post-war shipwrecks have made this spot the region¬ís prime center for wreck diving - Mabul and Kapalai Island are located off Sabah, in the Celebes Sea and should be noted for its micro fauna and rarely sighted marine species like octopus, turtles and scorpion fish. The shallow water around the island discourages large predators from getting closer, making this place a safe and easy diving haven for both new and seasoned divers - Tunku Abdul Rahman Marine Park was gazetted a marine park in 1974 and lies just 8kms off Kota Kinabalu. The park comprises five idyllic islands - Gaya, Mamutik, Manukan, Sapi and Sulug. Its pristine surroundings and easy accessibility via fishing boats and speedboats make the park a favourite escape among picnickers, divers and nature lovers.

Malaysian Airline System (MAS) is the main domestic airline, servicing both the peninsula and Sabah and Sarawak. There are no boat services between Peninsular and East Malaysia, but fast boats ply the rivers of both Sabah and Sarawak.

Storm Case iM2050
Nothing stands up to the power of Storm Cases. The iM2050 meets airline carry-on regulations by fitting under seats and in overhead compartments.
From $AU 84.00
5% Cardholder's Discount!

Nemo and Shrimp on Anenome

Return to Tioman Island - Some Insights into Coral Bleaching

It has been a few years since my last visit to Tioman Island and after listening to many tales of extensive coral bleaching I was curious to see with my own eyes how bad this really was.

As the plane takes off from Kuala Lumpur to Tawau I think of one of my favourite songs by Australian singer songwriter Cristine Anu 'The monkey and the turtle' ... that is where we are heading, the island of the turtles and the land of the men of the forest, the Orang-Utans of Borneo.