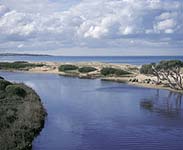 Just south of Adelaide, the Fleurieu Peninsula is an ideal day trip and holiday destination. The McLaren Vale winemaking region is beautifully located between hills and the sea 40 minutes south of Adelaide and its beaches stretch all the way south to Cape Jervis. To the south east are the Murray Mouth and Hindmarsh Island, to the east sloping hillsides and picturesque country towns.

In 1802, Matthew Flinders met the French sailor Nicholas Baudin who was also navigating the waters off the mouth of the Murray River. Baudin named this region after the French wanderer Charles Pierre Claret, Comte de Fleurieu. Because of its landscape and pure light, the Fleurieu is home to many artists and crafts people who exhibit their works in many local galleries and weekend markets.

There is something for everyone in this compact and diverse region. Visitors can:
-Catch a horse drawn tram to see a colony of fairy penguins.
-Watch whales, seals, dolphins, sea lions and penguins from the coast.
-Taste wine at any, or all, of the region's 60 cellar doors.
-Indulge in some local produce including yabbies, venison and crayfish.
-Walk sections of the 1,500 kilometres of nature trails starting with the first leg of the Heysen Trail.
-Dive the ex-HMAS Hobart, Australia's most accessible and exciting war wreck.

Between June and September Victor Harbour is an ideal spot for watching Southern Right Whales as they frequently visit Encounter Bay. You can also see more than 1,000 fairy penguins nesting on Granite Island, which is connected to Victor Harbor by a causeway, served by a tram pulled Clydesdale horses. 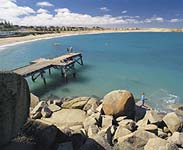 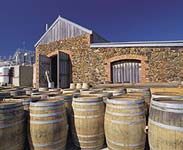 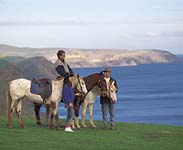 Here you can find quite a number of artificial reefs and they are all worth checking out. Each one of them has attracted a profusion of life consisting of schools of Old Wives, pike, leatherjackets, morwong, perch, and different cephalopods to name a few. Discover history and dive the HMAS Hobart, which now lies upright at a depth of 30 metres. Don?¢¬Ä¬ôt forget to check out the 500 metre long jetty at Rapid Bay, named by a significant number of divers one of the best jetty dives in Australia.

Facing Darkness
A documentary about caves and cave diving
$AU

Some critters in the southeast of SA