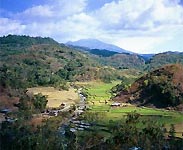 Flores (Portuguese for "flowers") is one of the Lesser Sunda Islands with several active and dormant volcanoes.

The west coast of Flores is one of the few places, aside from the island of Komodo itself, where the Komodo dragon can be found in the wild.

The most famous tourist attraction in Flores is Kelimutu; three coloured lakes in the district of Ende. These coloured lakes change colours on a regular basis. The latest colours (mid 2003) were said to be turquoise, green and red. The red lake has only recently changed from being black.

A number of caves, most notably Liang Bua where recently Homo floresiensis fossils were discovered (a hobbit-like species of diminutive humans), are open for tours. 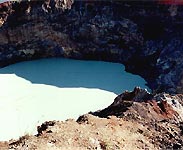 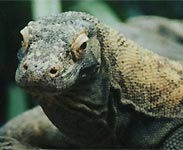 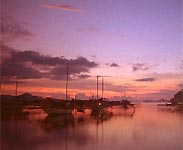 There is good snorkelling and diving on several locations along the north coast of Flores, most notably Maumere and Riung. However, due to the destructive practice of local fishermen using bombs to fish, and locals selling shells to tourists, the reefs are slowly being destroyed.

Wire Strand Lanyard
Adjustable Nylon hand lanyard for securing photo and diving equipment to your wrist or D-Ring. Open the clip and the integrated wire strand will allow flexibility in movement while still attached.
$AU