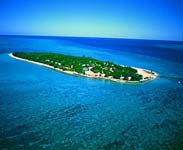 The first sight of Heron Island (only 72 kilometres from Gladstone and described as 'the ultimate reef experience') sends the spirits soaring, with a coral drop perched in an infinity of blue.

Heron Island is a coral cay on the Great Barrier Reef and lies in the Tropic of Capricorn 70 kilometres north of Gladstone. Rated as one of the best diving locations on earth, the reef is practically at your doorstep. The island is also a sanctuary for thirty species of birds including 100,000 Black Noddy Terns and Reef Herons.

Among the music of seabirds, tracks of turtles and multi-coloured clouds of fish, the feeling that you're a guest of nature itself is inescapable. Reef walking, snorkelling, diving, viewing underwater life from the coral submarine, watching the sun set over the ocean - you become part of a community caught up in the timeless evolution of the world's largest living thing - the Great Barrier Reef. The resort offers several standards of accommodation designed to suit all tastes and budgets. 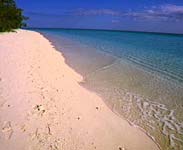 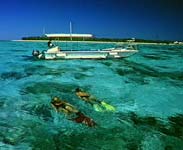 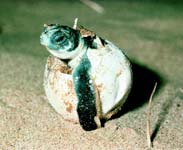 Rated as one of the best diving locations on earth, the reef is practically at your doorstep.

A place like Heron Island is a great destination for families by offering a variety of activities all throughout the day, catering to people of all ages and interests. One can do a single boat dive and be back to spend the rest of the day exploring the island with or without expert staff, read books, hang by the pool or at the end of the day join the sunset cruise. There is plenty of time to relax and no worries about having to get any chores done.