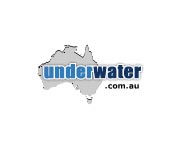 In the south of the centre, a truly fascinating region, the Goldfields is steeped in history and legend.

Here you can see relics of the goldrush that made the area famous, plus mines that are the largest gold producers in Australia. Ghost towns, majestic old buildings and historic streetscapes create a virtual museum of a golden era.

Travel down inside an old mine shaft and imagine how it was 100 years ago when gold fever swept Western Australia.

In massive contrast you can tour the Super Pit, Australia's biggest open cut mine. It is more than 260 metres (852 feet) deep, 2 kilometres (1.2 miles) wide and 4 kilometres (2.4 miles) long - an impressive sight.

Deserts and open plains create a landscape that is vast and unique. The annual wildflower season (July to September) transforms the land with the brightly coloured blooms making a spectacular contrast to the rich, red earth.

Further north, Engulfed by a 2.5 billion year old landscape are three world-class national parks, including Karijini, regarded as one of the natural jewels of Western Australia.

During the wet summer months monsoonal rains surge through the park's gorges, creating spectacular waterfalls and sheer cliffs. As the waters recede for the temperate winter, they leave fern and rush-fringed pools that are ideal for a cool swim after a walk along the scenic trails.

Kalgoorlie-Boulder has a dry climate with hot summers and cool winters. January is the hottest month with an average maximum temperature of 34°C. By contrast winters are cool with July average temperatures being 16°C.