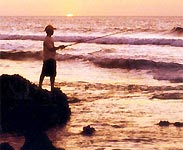 Luzon refers to the largest and most important island in the Philippines and to one of the three island groups in the country, with Visayas and Mindanao being the other two.

As an island, Luzon is the Philippine's largest at 104,688 square kilometers, and is also the world's 17th largest island. Located on it is the country's capital, Manila, and the most populous city, Quezon City. The island is very mountainous, and is home to Mt. Pulag, the second highest mountain in the country and Mayon, the most famous volcano. To the west of Luzon island is the South China Sea (or Luzon Sea in Philippine territorial waters), to the east is the Philippine Sea, and to the north are Luzon Strait, Babuyan Channel, and Balintang Channel.

The island group of Luzon encompasses Luzon island itself, plus the Batanes and Babuyan groups of islands to the north, and the islands of Catanduanes, Marinduque, Masbate, Romblon, Mindoro, and Palawan in the south. The island group is divided into eight regions, which are further subdivided into 38 provinces. 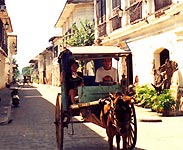 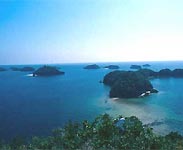 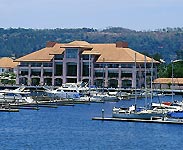 Anilao in Batangas is not only ideal for poking around and observing marine life but also outstanding for macro photography. Multi-hued crinoids are prolific. The variety of nudibranchs is unmatched. Night dives are especially nice and often reveal unusual creatures like sea hares, sea goblins, catfish eels, ghost pipe fishes, blue-ringed octopuses, mandarin fishes, and snake eels. The area¬ís best known dive site, Cathedral, is two large mounds with a cross in between at 50¬í. It is a well established fish feeding station. Covered with corals, the site is spectacular at night. Sombrero has a shallow wall of about 60¬í with some good coral growth; offshore but nearby are Beatrice Rock and Bajura. Schools of triggerfishes and sometimes jacks and surgeons swim by, and they appear to have the market on anthias. One of the prettiest dives in the area, Sepok has nice coral gardens and a vertical wall. Devil¬ís Point Twin Rocks, Coral Gardens, and Mainit are shallow dives with a wide array of invertebrates, especially nudibranchs. Bonete, Arthur¬ís, and Koala offer good dives for novices, with most to see above 50¬í. There is a good selection of hard and soft corals, anemones, and clownfishes, and goblinfishes at Arthur¬ís.