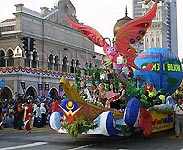 Malaysia has thirteen states, eleven on the Malayan Peninsula (West Malaysia) and two, Sabah and Sarawak, on the island of Borneo (East Malaysia). The capital city is Kuala Lumpur.

Malays and the native tribal groups make up approximately 60% of the total population. Chinese 30%, Indians 8% and the balance a melting pot of other races and cultures. Four-fifths of the population reside in West Malaysia.

The friendliness of the locals also makes it quite simple for visitors to jump right in and learn of the many different customs, practices and the quaint culture of the people. Besides, where else can you find a place where you can sample the diverse cuisine of Asia all under one roof. 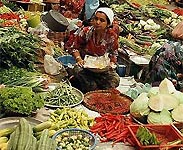 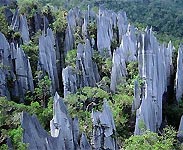 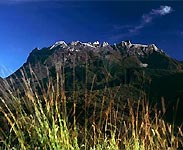 Warm tropical climate with general temperatures ranging from 21¬?C to 32¬?C and very strongly influenced by the Northeast and the Southwest Monsoon. May to September usually is a drier period. East coast of West Malaysia and states in East Malaysia normally have their rainy season between November to February.

Located in one of the greatest marine bio-diversities in the world, Malaysia is a true diver¬ís paradise, which caters for all levels of diving experience. The seas around Peninsular Malaysia, Sabah, and Sarawak support a prolific underwater ecosystem that sustains fishes, corals and shells that are said to outshine even those found in the Pacific Islands. This region is also said to have some of the best diving spots in the world.

The new state of the art KL International Airport (KLIA) in Sepang serves over 40 international airlines and several domestic airlines. Domestic services are available from KLIA to the major cities in Malaysia. Aside from Malaysian Airlines, other domestic airlines such as Air Asia, Pelangi Airlines, Berjaya Airlines and Sabah Air also serve popular tourist destinations within the country.

For the second time in two years I made my way to Kuala Lumpur and to the Malaysia International Dive Expo.

I recently returned from one of the newly emerging dive shows in Australasia, the Malaysia International Dive Expo 2007 (MIDE '07).