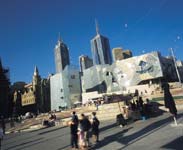 Melbourne prides itself on being a great city. It's hardly surprising, with its spectacular combination of old and new architecture, elegant streetscapes, ethnic communities and lavish parks and gardens. Add Australia's best eating, an excellent transit system and a packed events calendar boasting sporting spectaculars and exuberant events, and you have all the ingredients for one of the most enlightened and liveable cities in the world.

Australia's second-largest city and capital of the state of Victoria, Melbourne has a lively passion for eating and drinking, which is reflected in thousands of restaurants serving up gastronomic experiences from around the world. What's more, everywhere you look you'll find an array of fashionable cafes, where you can enjoy Melbourne's fantastic coffee culture to the full.

Melbourne is a style-setter with some of the best shopping and nightlife in Australia. Whether you're searching for haute couture or vintage clothing, souvenirs or sparkling chardonnay, ?ber-chic bars, clubs or jazz venues, Melbourne has it all.

Melbourne's standing as the cultural capital of Australia is recognised in a non-stop program of film and food festivals, major art exhibitions and musical extravaganzas. The city is also famous for its range of crowd-pleasing events - from the high-octane excitement of the Australian Grand Prix to the beautiful floral displays of the Melbourne International Flower and Garden Show. 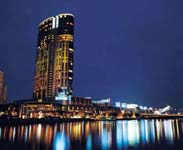 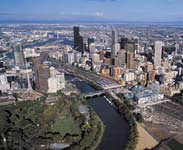 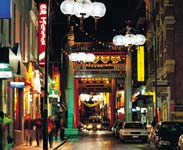 Big city, great diving! There are so many dive sites to choose from that there will always be a few that suit the current weather conditions. The wreck of the scuttled ’Cerebrus’ can be found in only 5 metres of water and is easily accessible from shore. Melbourne offers wonderful shallow water dives, teeming with life. Have a look at the small things and find sea stars, zoanthids, nudibranchs, crustaceans and sea spiders.

Melbourne Airport is served by more than 25 carriers, operating international flights and a broad array of domestic destinations.

Trains servicing country Victoria and interstate routes arrive at Spencer Street Station in the city. Buses stop at the Melbourne Transit Centre, near the top of Swanston Street, the city's main artery. If you're travelling from Tasmania by ferry, you'll dock at Station Pier in Port Melbourne, about four kilometres south-west of the city centre.