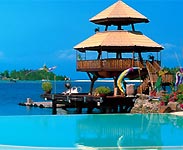 As an island in the southern part of the country, Mindanao is the second largest at 94,630 square kilometers, only about 10,000 km¬? smaller than Luzon. The island is mountainous, and is home to Mount Apo, the highest mountain in the country. To the west of Mindanao island is the Sulu Sea, to the east is the Philippine Sea, and to the south is the Celebes Sea.

Owing to its natural land form, the province of Zamboanga Sibugay is blessed with an impressive range of excellent tourist destinations ¬ñ interesting mountain formations, picture-perfect waterfalls, caves in which dwell thousands of bats as well as stalactites, hot springs, white sand beaches, and fish and sea snake sanctuaries.

Bukidnon is a highland paradise in the heart of Mindanao. It is home to the world's biggest pineapple plantation boasting a classic golf course dating back to 1928. It is the biggest cattle-producing province in the region. It is well endowed with natural attractions like the Kitanglad Ranges that includes Dulang Dulang, the second highest peak in the country. And it has been identified as one of the country¬ís richest in biodiversity and endemic species of flora and fauna. 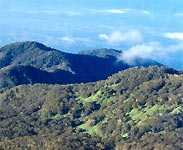 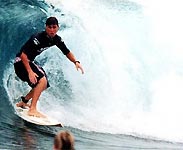 Surf's up in Surigao del Norte 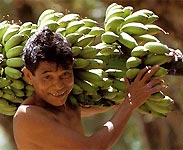