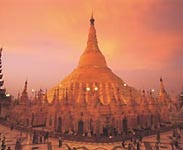 Myanmar sits at the crossroads of Asia¬ís great civilizations of India and China, and looks out onto the vast Indian Ocean next to Thailand. One of South East Asia¬ís largest and most diverse countries, Myanmar stretches from the sparkling islands of the Andaman Sea in the south right up into the Eastern Himalayan mountain range.

Myanmar offers all the traditional delights of Asia in one fascinating country. Virgin jungles, snow-capped mountains and pristine beaches, combined with a rich and glorious heritage spanning more than two thousand years. Spectacular monuments and ancient cities attest to a vibrant culture that is still home to 135 different ethnic groups.

With two modern internal airlines upgrading and expanding their networks, new and exciting destinations off the beaten track are gradually being opened. From mountain trekking and rafting in the far north to world class diving in the Mergui Archipelago. But above all, Myanmar offers the warmest welcome in Asia. 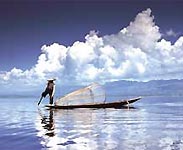 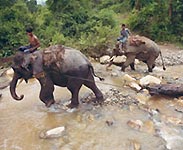 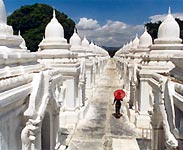 World class diving can be found amongst the reefs, drop offs, sea mounts, caves and tunnels of the Mergui Archipelago.Diving with sharks, manta rays and large schools of eagle rays is commonplace here. And for the lucky ones, there is the occasional whale shark encounter.

Getting to Burma means flying. Myanmar Airways fly to and from Bangkok daily. There are also flights from Hong Kong and Singapore. Most divers will come in via sea from Thailand (organised from Bangkok or Phuket) and never touch burmese soil.

Facing Darkness
A documentary about caves and cave diving
$AU