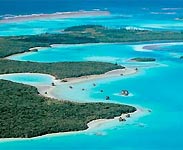 New Caledonia is the third largest island in the Pacific Region after Papua New Guinea and New Zealand.

Unlike its volcanic neighbors, New Caledonia is a fragment of an ancient continent which drifted away some 250 million years ago. Its flora and fauna evolved in isolation, and are now quite unique: 3500 recorded species of plants, three quarters of which occur only here; 4300 species of land animals, 1000 species of fish, 6500 species of marine invertebrates.

Five hundred kilometers long, fifty kilometers wide, New Caledonia offers an endless variety of landscapes, from some of the best white sand beaches in the Pacific to spectacular mountain retreats.

Surrounded by a 1,600 km long coral reef, New Caledonia also boasts the largest lagoon in the world. The reef can be as close as a few kilometers from the coast in some places and as far as 65 km in others - with an average depth of 40 m. 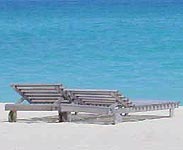 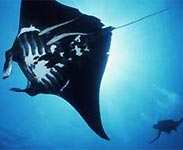 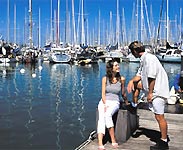 New Caledonia is described as the land of eternal spring. It boasts a pleasant semi-tropical climate all year round. The wet season is from January to March and according to the statistics it pours more during February. During the cooler season the temperature varies between 20 and 26¬?C.

Scuba dive in a huge area: New Caledonia has the largest and most beautiful coral lagoon in the world¬Ö a lagoon of 24,000 sq km¬Ö with a 1,600 km long barrier reef that borders a sea environment of exceptional variety and beauty and an abundance of fish. This ¬ìGreat Reef¬î is the unique home to nearly 2,000 different varieties of fish including 200 unknown species, and more remains to be discovered ! This is the result of the archipelago¬ís location in the immense expanse between the Indo-Australian and Pacific tectonic plates. The water temperature ranges from 21¬? to 28¬?C providing ideal conditions in which coral, shells and fish thrive.

Reef all to my self