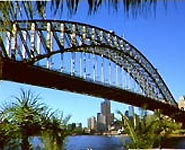 24 hours at the Coral Reef. kids book
Follow the action around the clock - discover the amazing secrets of a day in the life of a coral reef
$AU 19.95
5% Cardholder's Discount!

My husband, Ross, was snorkelling at sunset and low tide around the rocks at Shark Bay, Iluka, NSW.

My ultimate diving dream is to meet orcas underwater. While I am waiting for this divine meeting with sea giants, I am fascinated with tiny graceful creatures called Hippocampus. Their name derives from Greek for seahorse and literally translates as horse sea monster.