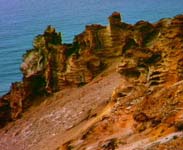 Rainbow Beach is a young, vibrant coastal town lying between the eastern side of Tin Can Bay and the rolling surf of the Pacific Ocean.

The town began as a base for sandmining operations in the 1970's, but today, tourism and fishing have taken over as the primary industries, which have helped Rainbow Beach to flourish. While the town may be relatively new, the environment is as old as time itself. The town derives its name from the towering sandcliffs nearby which themselves are part of an Aboriginal legend. The Aborigines of the area spoke of Yiningie, the spirit of the Gods, who was represented by a rainbow. Yiningie was killed in a fight when he crashed into the cliffs, and his spirit coloured the sands forever. 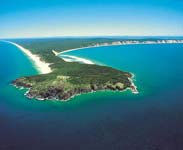 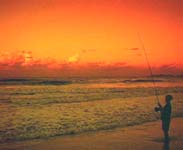 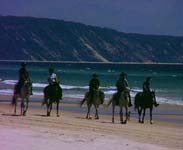 Nestled on the Inskip Peninsula, the town is a comfortable two and a half to three hours drive from Brisbane, with access from the Bruce Highway via Gympie or Maryborough, or four wheel drive from Noosa via Tewantin, along the Magical Cooloola coast.
Nearest airport: Hervey Bay

Seeing Eye to Eye with a Grey

Jude and I left Townsville on three weeks holidays heading South of Brisbane to Murwillumbah in northern NSW, whilst down there I managed to do 3 dives.