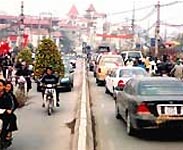 Lying on the eastern part of the Indochinese peninsula, Vietnam is a strip of land shaped like the letter ¬ìS. China borders it to the north, Laos and Cambodia to the west, the East Sea to the east and the Pacific Ocean to the east and south.

Ho Chi Minh City is the big tourism center in Vietnam, attracting a large of visitors to Vietnam. Despite its quite recent past, Ho Chi Minh City nevertheless possesses various beautiful buildings, displaying a characteristic combination of Vietnamese, Chinese and European cultures.

One of the more popular destinations, Nha Trang is endowed by nature with deep, quiet and warm waters all the year round, surrounded by archipelagoes, islands, mountains and white sand beaches - a wonderful and attractive tourist resort. To the north of Nha Trang stands the Chong mount which looks like a wide open hand over the sea. Far offshore, the Yen (Swallow) Island appears with lush green colours where salangane nests have been harvested for years to make the traditional "bird's nest" tonic and food. 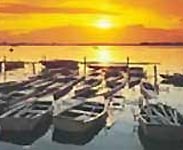 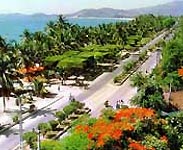 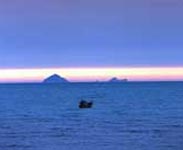 Vietnam is located in both a tropical and a temperate zone. It is characterized by strong monsoon influences, but has a considerable amount of sun, a high rate of rainfall, and high humidity. Regions located near the tropics and in the mountainous regions are endowed with a temperate climate. The annual average temperature ranges from 22¬?C to 27¬?C. In Hanoi, the average temperature is 23¬?C, in Ho Chi Minh City it is 26¬?C, and in Hue it is 25¬?C. There are two distinguishable seasons. The cold season occurs from November to April and the hot season from May to October.

The magnificent coral seabed in Nha Trang makes it ideal for scubadiving and snorkeling.

Ho Chi Minh City is the main junction for trains, roads, water, and air transportation systems for domestic trips and for foreign destination. Tan Son Nhat International Airport, 7km from center of city, is the biggest airport with many domestic and international routes. Hanoi's Noi Bai International Airport, over 35km from the city center, is one of the biggest airports of the country with various international and domestic routes. Hanoi Railway Station is Vietnam's main railway station. It is the starting point of five railway lines leading to almost every province in Vietnam.

All eggs in one basket