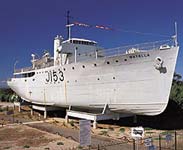 On 9 March 1802 Matthew Flinders discovered and named Hummock Hill the original name of Whyalla. The Town of Whyalla was proclaimed in 1914. The Broken Hill Proprietary Company Limited had a major influence on the town's development. With the discovery of iron ore in the Iron Knob area in the late 1890's a tramway from the mine was built to Hummock Hill to enable the rapid transfer of ore from the quarries to barges and subsequently across the gulf to be used as a flux in the smelters at Port Pirie. Whyalla's big leap forward, however, occurred a generation later.

In 1938 it was decided to establish a blast furnace for the production of pig iron for the foundry market close to the iron ore source, and this, together with shipyards and a deep water harbour, was built.

Another boom period and by far the biggest began in 1958 when BHP announced that a fully integrated steelworks would be established here. On 1st November 1961 Whyalla was proclaimed a city and an industrial city with a difference. In October 2000, BHP was separated and an independent company was formed in Whyalla called One Steel which replaced BHP.

It is an extremely popular venue for tourists with its ideal climate allowing the visitor to fully exploit the outdoor life. 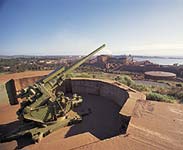 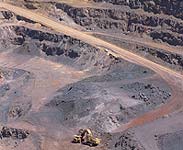 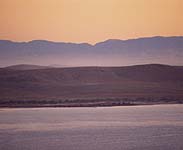 Visit Whyalla, the ?¢¬Ä¬úCuttlefish Capital of Australia?¢¬Ä¬ù, where large numbers of the Giant Cuttlefish aggregate to mate and spawn from May until September.

PCU-02 Macro Lens
Made by UN Photographics in Japan, this macro lens is designed for the PT-series of Olympus underwater camera and other camera housings - 46mm port thread diameter.
$AU 135.00
5% Cardholder's Discount!

On Friday the 16th June, a group of divers headed over to Whyalla, South Australia on the long-awaited trip to witness the world renowned event of Australian Giant Cuttlefish gathering in their masses for their annual mating and 'spawn-fest'.

A four-hour drive west of Adelaide, Whyalla is a seaside mining town is known as the place where the outback meets the sea. To divers, Whyalla is known as Australias Cuttlefish Mecca. Each winter thousands of Australian Giant Cuttlefish (Sepia apama) gather in the shallow waters around Whyalla to mate.