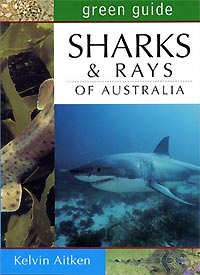 The Australian Green Guides have been created for wildlife enthusiasts of all ages. The most commonly asked questions are answered with particular emphasis on fascinating behavioral insights into both common and unusual creatures. The pages are alive with entertaining and informative text accompanied by exciting action photography.

Kelvin Aitken has been captivated by marine life from an early age. He now used his training as a commercial photographer to record the fascinating animals beneath the sea. Traveling to all the world's major oceans, he specializes in photographing his favorite animals, sharks, as well as other large marine creatures such as whales and dolphins.

Kelvin's images have won him many professional national and international awards, including Victorian Professional Photographer of the Year in Australia and the prestigious BBC Wildlife awards in London. He currently resides in Melbourne.