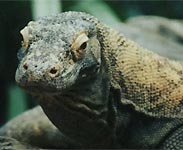 Komodo island forms part of the East Nusa Tenggara province and is one of the places where the Komodo Dragon can be found in the wild.

Lying 200 nautical miles east of Bali, Komodo National Park nestles between the large islands of Sumbawa and Flores all of which are part of Indonesias Lesser Sunda Islands (Nusa Tenggara on current maps). This unique biosphere was born in the great volcanic uplift that formed Sumatra, Java, Bali and the islands lying eastward to Papua New Guinea. In 1928 the Dutch colonial government of the then Dutch East Indies formalized the nature reserve status originally conferred on Komodo in 1915 by the Raja of Biwa in neighbouring Sumbawa. Indonesia decreed the area a national park in 1980 and in 1992 Komodo was declared a World Heritage Site. Despite these official designations and its obvious interest to the scientific community Komodo is daily suffering irreparable damage by the hand of man. Almost before the world can properly appreciate the natural beauty of Komodo - home of the Komodo Dragon - its wonders are in danger of disappearing forever. 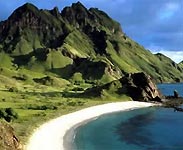 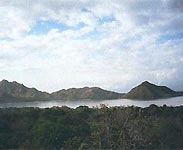 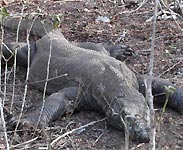 The tropical seas from the shores of East Africa, the Red Sea, through to South East Asia and then eastward to Australia, the Solomons and extending to the islands of Hawaiian Islands is the worlds richest marine province.