As the shores of their home village of Wera become ever more crowded with boats, this next generation of ship builders finds space for their biggest achievement yet. It just happens to be at the base of one of the region’s most active volcanos.

Every thirty minutes or so, a gush of ash rushes from its crater, a humble reminder of where we are. This is Sangeang Api, a commanding, impressive volcanic complex that towers over the black sandy shores of the recently settled village of Bontoh in North-east Sumbawa, Indonesia. However, despite all this volcanic fury, the village is here for one reason, and one reason only - and that’s to build a very big ship. 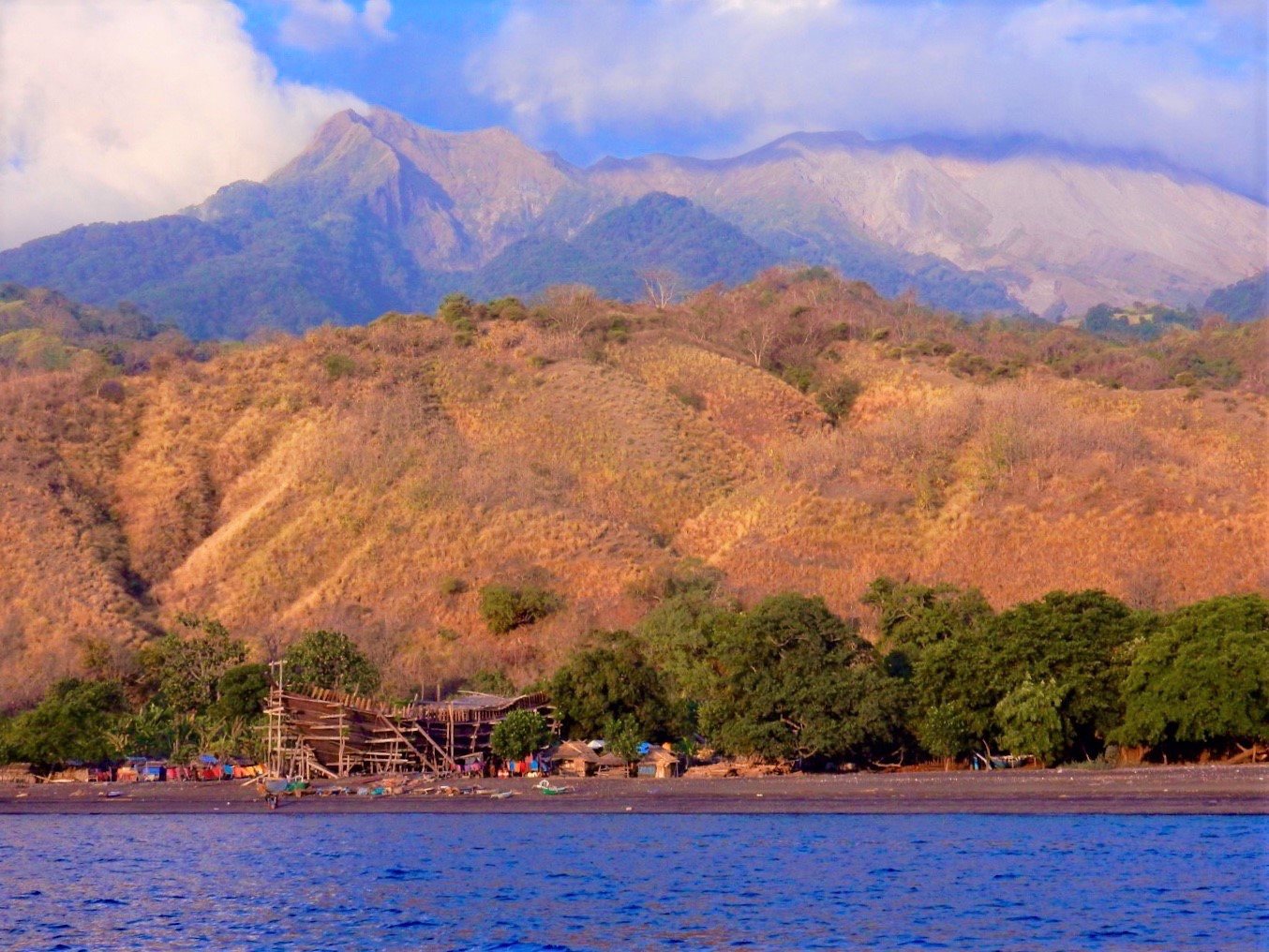 As our small boat approaches, my eyes strain in disbelief as we marvel at what looks like Noah’s ark being built on the village’s black sandy shoreline. Children play by simple outrigger canoes painted in a kaleidoscope of cheerful colours, and a handful of goats alongside the odd chicken or two guard the ship’s gigantic wooden hull. 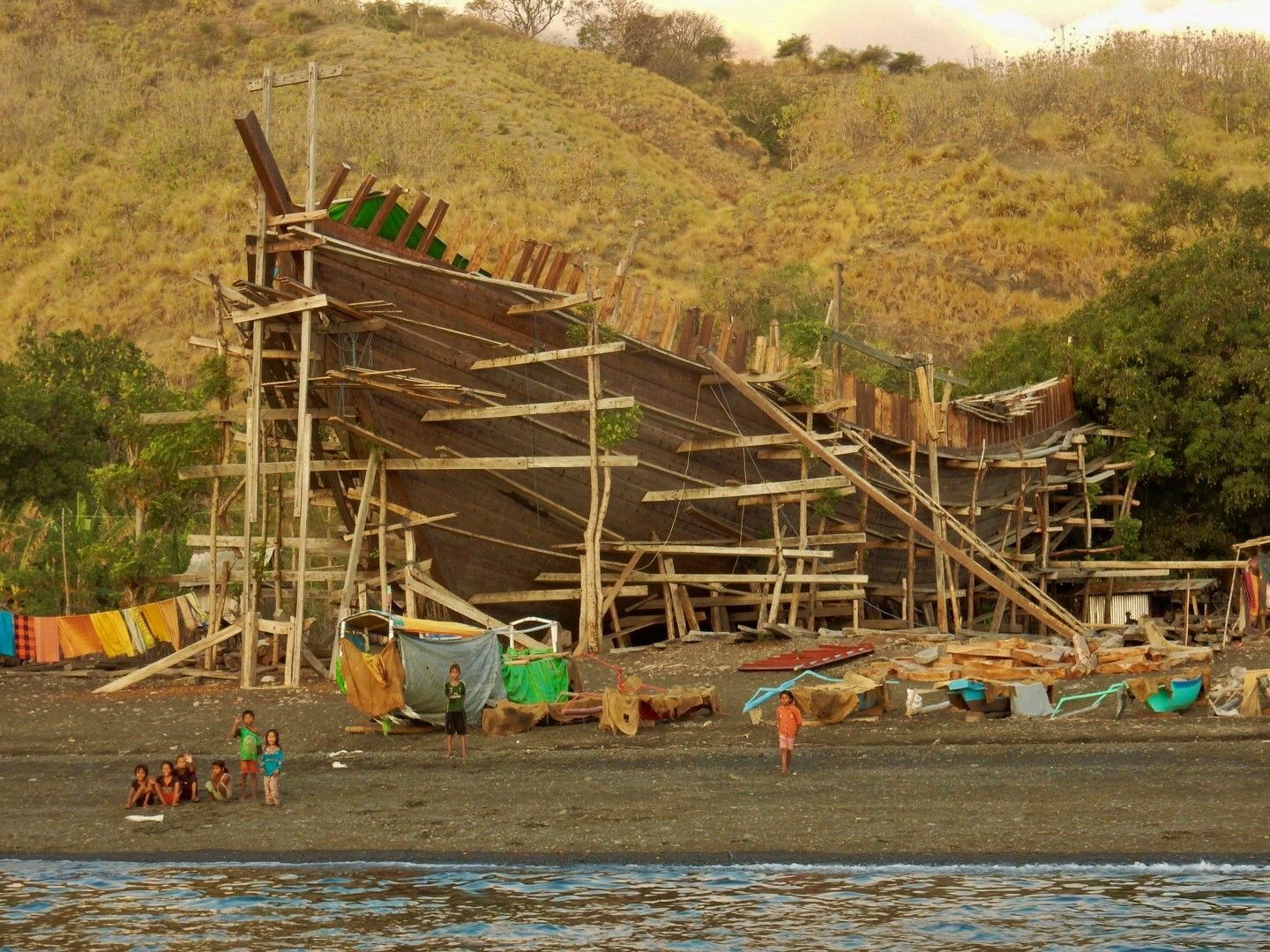 Bontoh village doesn’t have much. Its small square homes cobbled together from a jumble of materials gestures a very simple life. 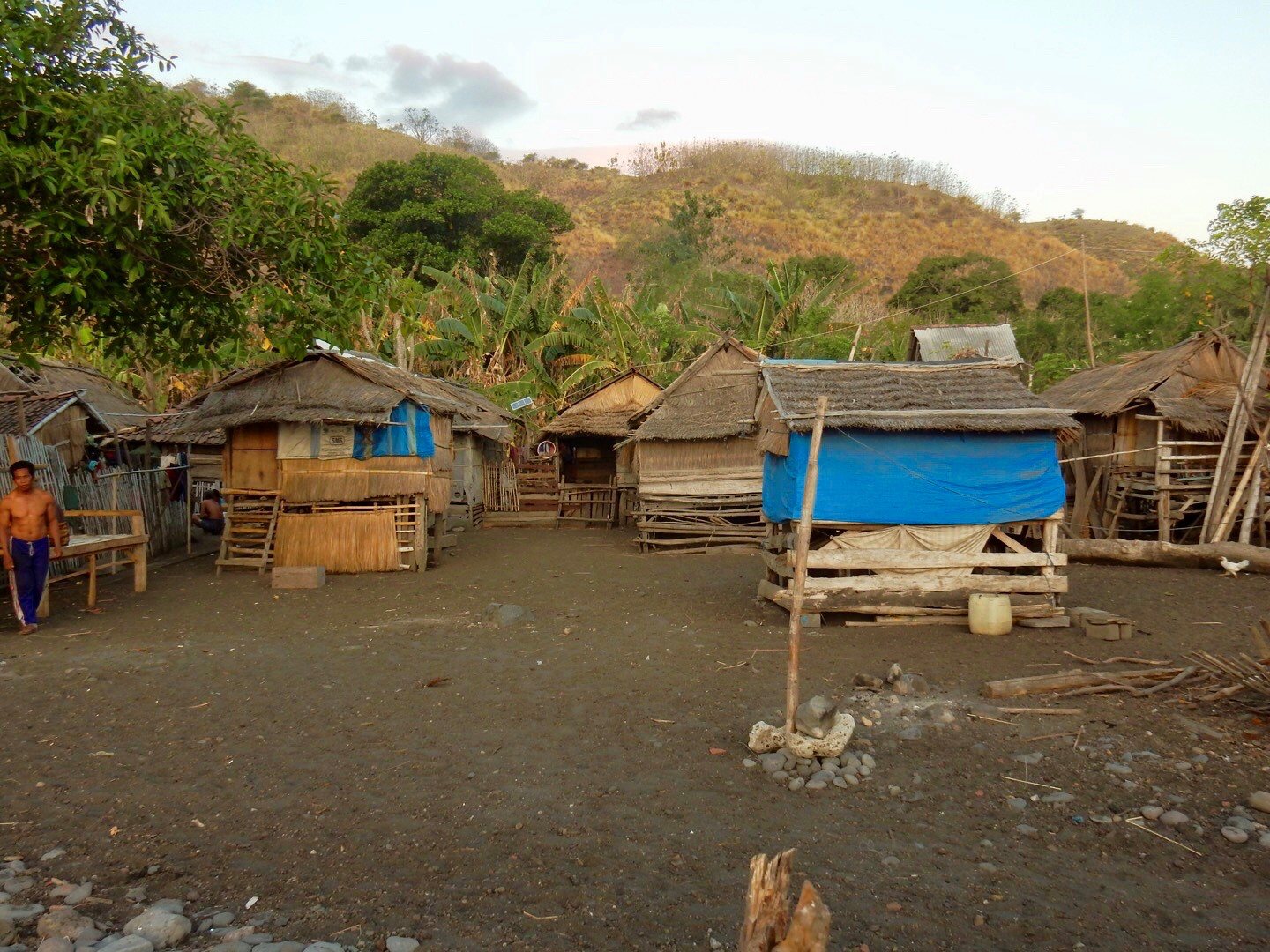 But what it does have, apart from the ominous volcano looming above, is world-class ship building skills. 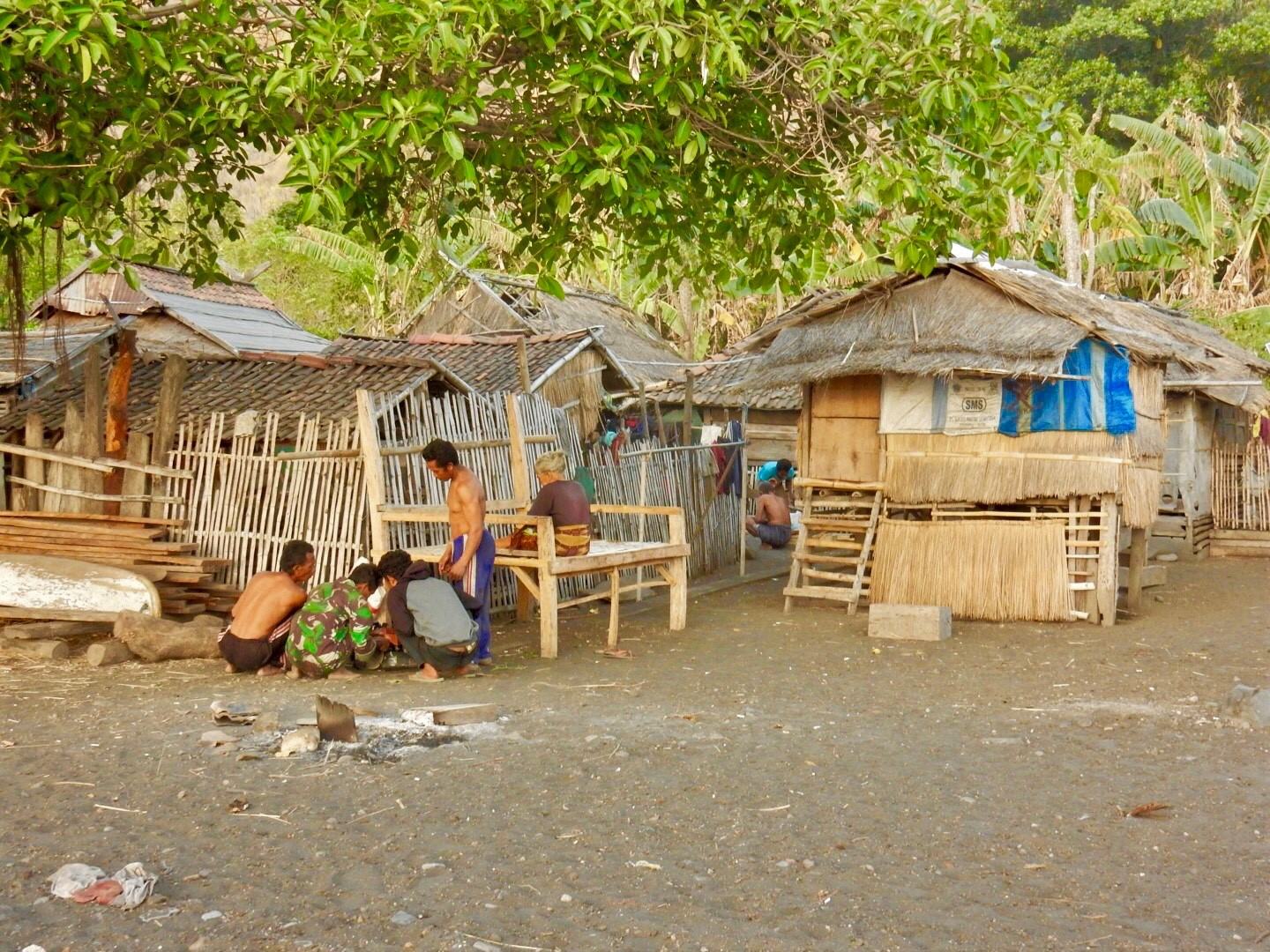 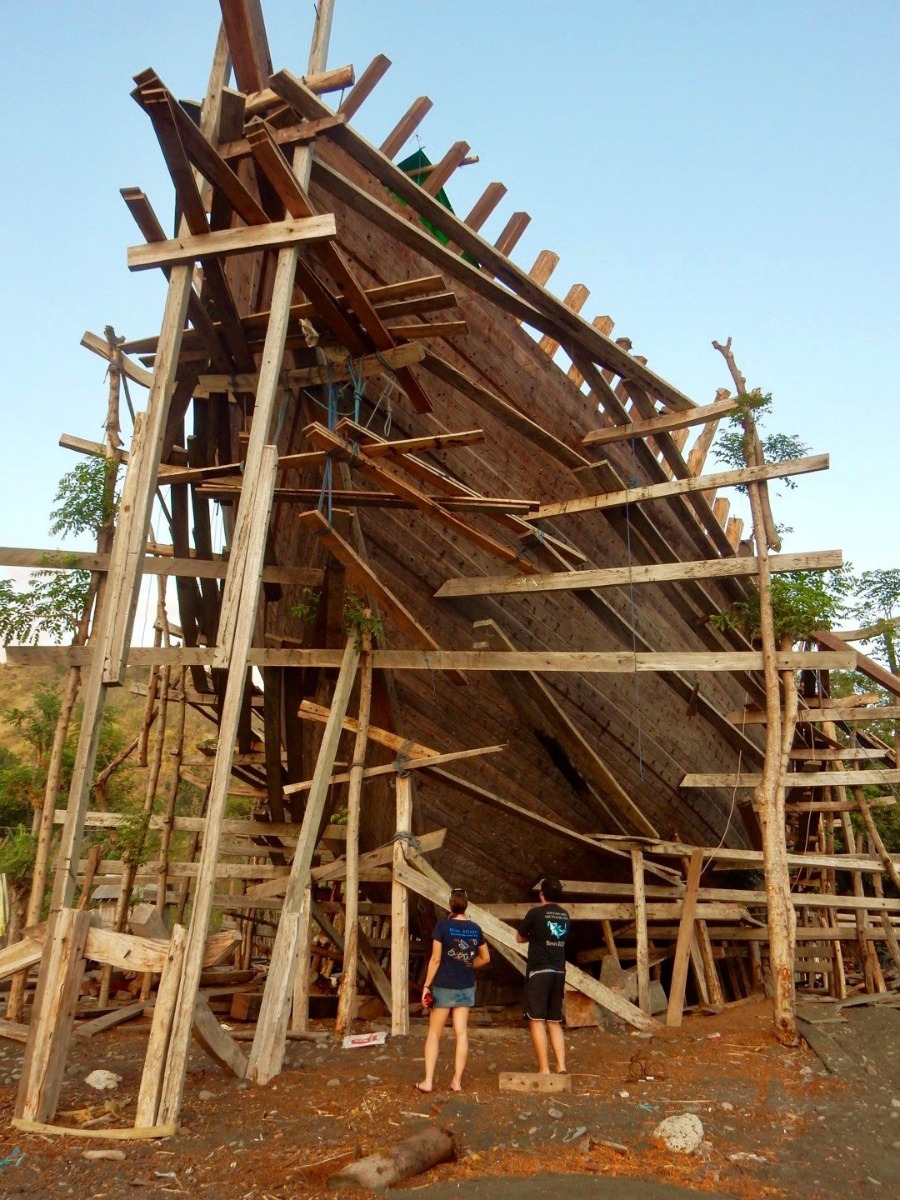 The people here are descendants of the seafaring Bugis people from the Indonesian island of Sulawesi. These accomplished seafarers were influential in the world’s spice trade, and for centuries (alongside their close neighbours the Makassans) built splendid hand-crafted wooden ships. Chasing the monsoon winds, they would sail uncharted waters of the Indonesian archipelago and beyond, often as far as Australia, gathering sandalwood, exotic spices, prized feathers, and even gold to trade with European ships.

The ship being built here is a traditional Indonesian Pinisi, a two masted, wooden sailing ship traditionally used for fishing and cargo transportation around the archipelago. Believed to be sailing Indonesian waters since the 19th century, Pinisi are famous for their ability to cover great distances and to breeze through rough seas.

The mid-1990’s saw the development of the Pinisi as a leisure yacht, and today they are also built for use as scuba diving safari boats, with large numbers of luxury Pinisi accommodating divers in their quest to reach the archipelago’s most impressive coral reefs. 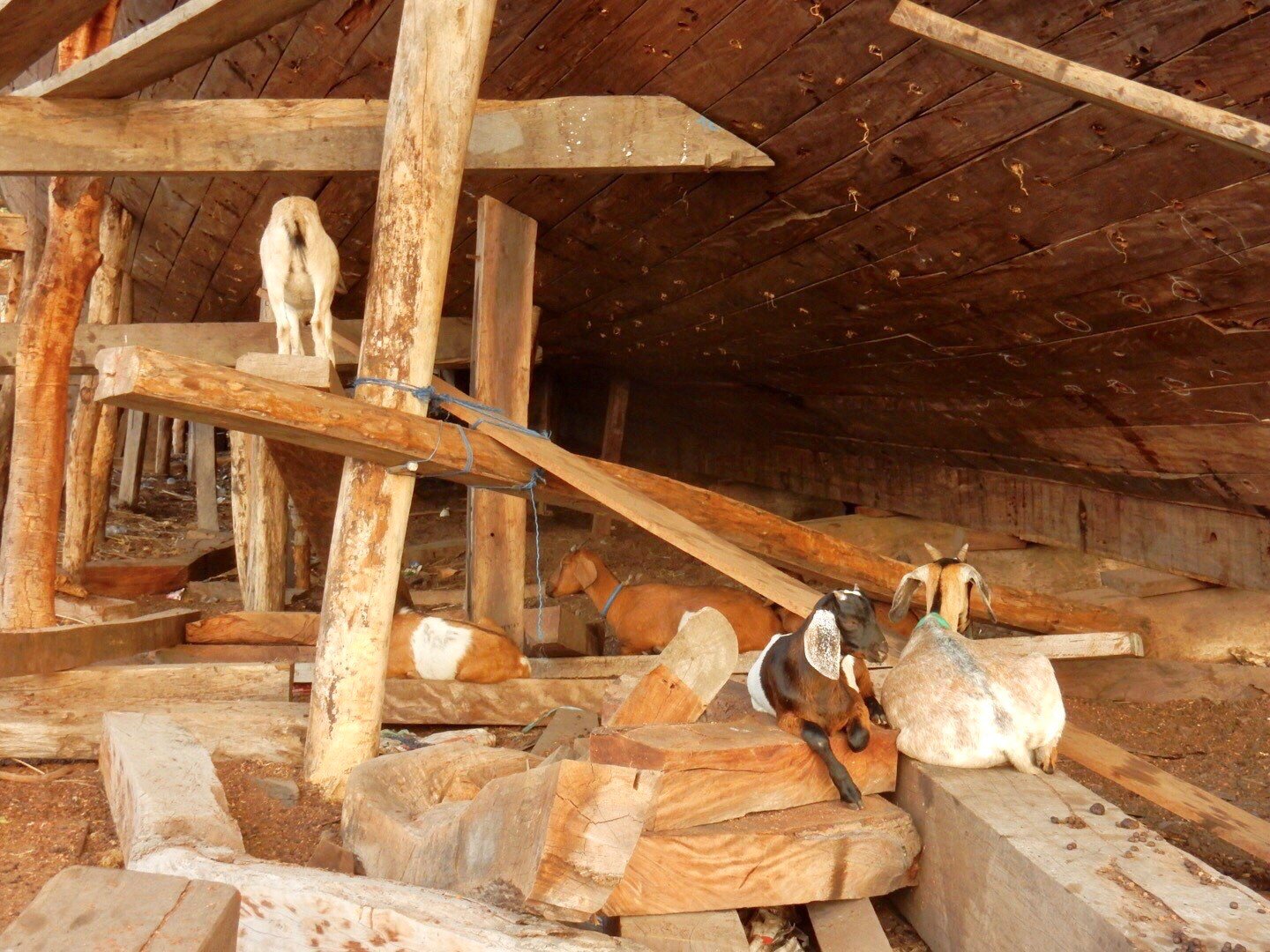 As we approach the ship, the ingenuity of this ancient craft is revealed. On closer inspection, we see that each long slender wooden piece is beautifully hand sculpted and fastened in place by tight-fitting wooden pegs. The joinery is meticulous, with each piece delicately nuzzling up against the other in flawless perfection. This Pinisi is at least 30 meters long, and is the biggest this master ship builder has ever attempted.

Never built to plans, these ships follow a sequence of proportions set to memory by master ship builders and passed down through the generations. This one has been commissioned by a Chinese client who pays the master ship builder around $10 Euro a day for his workmanship. It is not destined as a dive safari boat, but for cargo, and will likely transport rice, or even cement, a far cry from the exotic spices of the past.

Without any specialised engineering training, nor the need for complicated drawings or calculations, the master ship builder builds the ship by feel. Going by instinct, he tells us he will trust his eyes and heart to uncover the memory of what he was taught. This is only the third ship he has built since learning the craft, and it’s by far the biggest. “Normally we build small fishing boats”, he says. “But this one is really big and will take a long time”. Two years has already passed since the first piece of wood was shaped, and it will take another 9 months before the ship is complete. 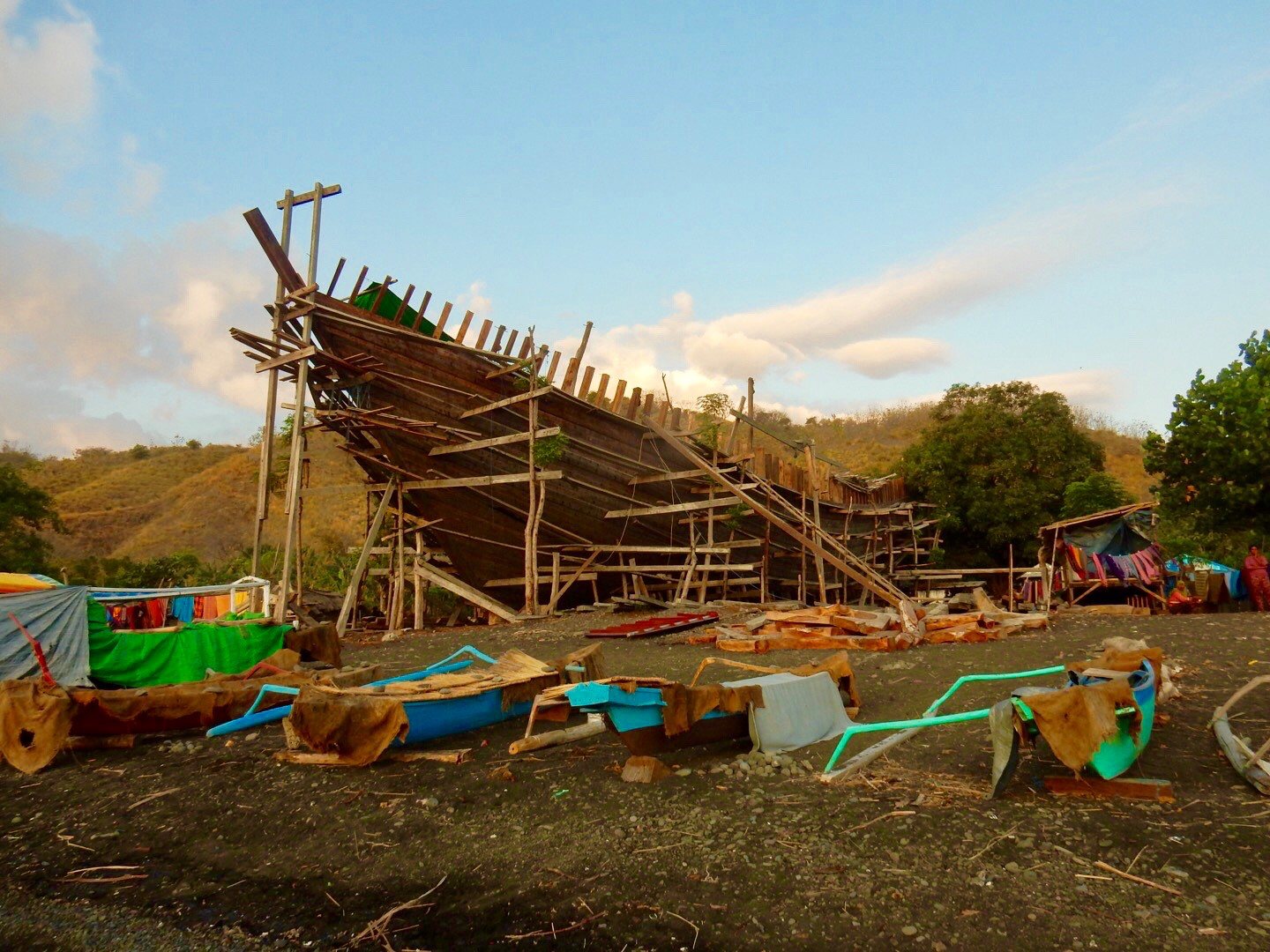 Previously from the busy ship building village of Wera, just a mere 30 minutes away by boat, the master ship builder, his workers and their families moved to Sangeang Island for the space needed to build the ship. “Wera was full of boats, and also many ship builders” He said. “We needed our own beach for our first really big ship”. Around 30 people reside in Bontoh village and everyone is committed to the creation of the ship. The children also say they can’t wait to build their own ships. Unless they choose to leave the island, they too will be taught this fine craft. “It is part of our identity as people” the master ship builder says.

The village has everything it needs. The surrounding sea is plentiful with fish, so when they’re not building the ship they’re out fishing for that evening’s meal. The island also harbours fresh water, and is close to Bima, the largest regional and economic hub of Eastern Sumbawa, meaning they have good access to the wood they need. The wood for the ship is ironwood and takes about 3 days to reach Sumbawa from the island of Sulawesi.

We gaze in amazement at the workmanship of this giant wooden ark, and ask how on earth they will ever manage to launch it to the sea. We are told that every member of the village will be involved in this extraordinary effort requiring pure determination and human force, often helped by the impending king tide. “When the ship is ready to launch, we will bring another 40 people here to help us” the master ship builder says. “We lay down logs at right angles to the ship, and we all push until the ship rolls over the logs and out to sea”.

We can only imagine the excitement of witnessing such a triumph; oh, and the master ship builder’s relief when he sees his biggest achievement yet floating just perfectly at sea!

Alongside the ship’s launch, a huge celebration will take place. After all, an effort of this magnitude deserves a big celebration, right? Looking around, we suspect that some of the goats currently lazing by the ship’s hull might play a key role!

We say our goodbyes, board our boat and leave Bontoh village. It’s hard to believe that once the ship is surrendered to the sea, it will only be a matter of time before a new ship takes shape on Bontoh’s black sandy shores. 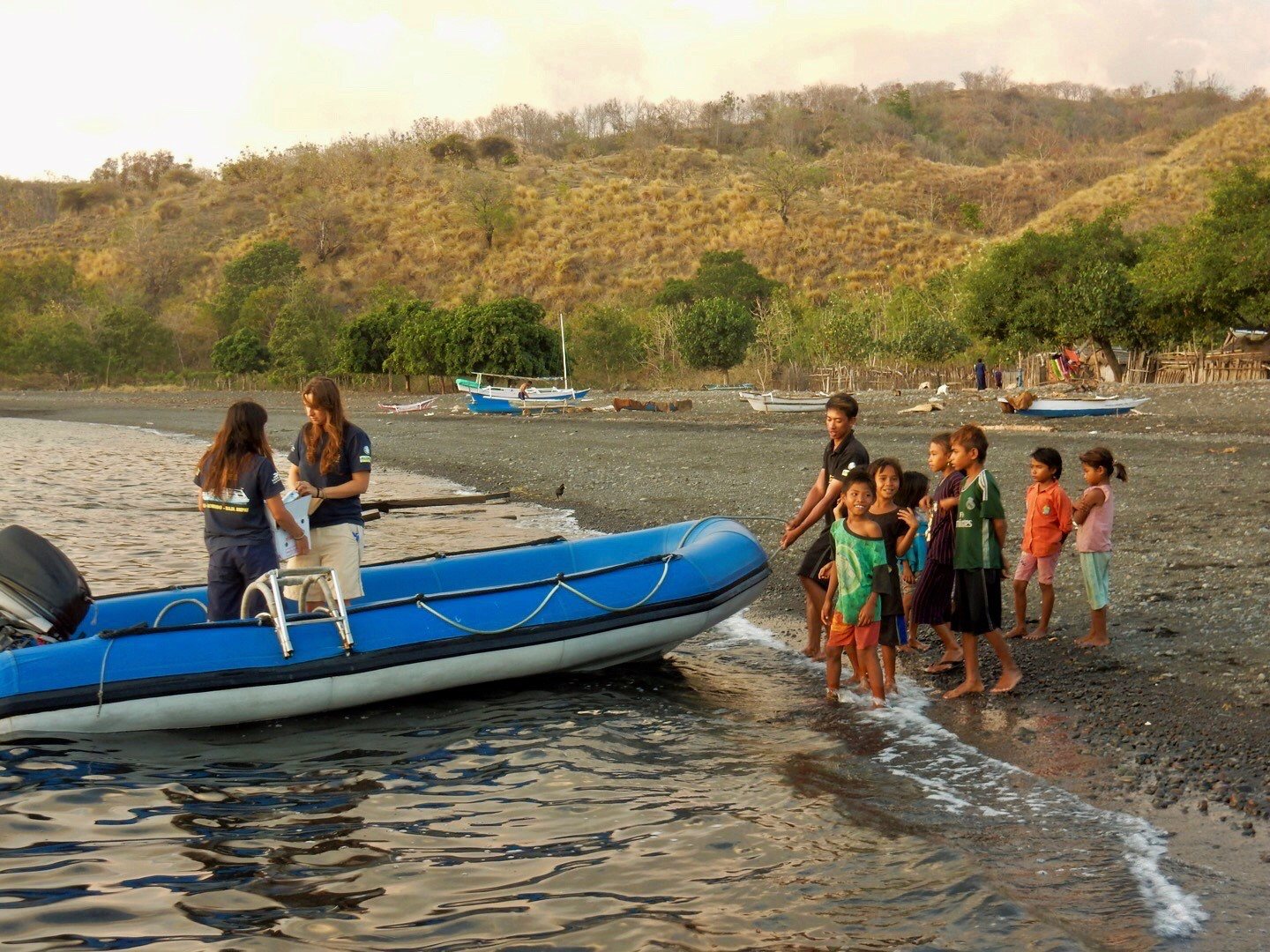 The ship building settlement of Bontoh is located in the Lesser Sunda Islands on the island of Sangeang, north-east of Sumbawa in Indonesia’s Flores sea.

The island’s volcano, Sangeang Api is one of the most active volcanoes in the region, erupting 19 times since its first recorded eruption in 1512, with the most recent being in May 2014.

In 2017, the art of ship building was recognised by UNESCO as part of a ‘millennia-long tradition of Austronesian boat building and navigation’, with the Pinisi, as the embodiment of this tradition.

*Anita Verde and Peter Marshall visited the village of Bontoh on 26 September 2019 whilst on a scuba diving safari in the region. They travelled at their own expense. 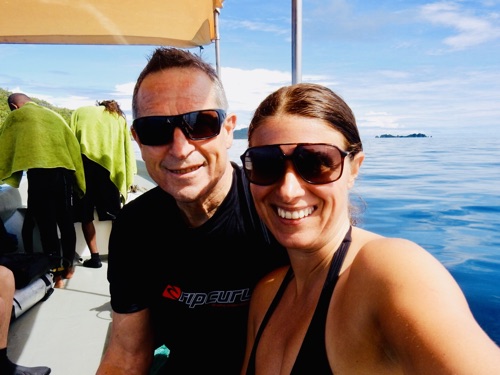 Anita Verde and Peter Marshall are published writers, photographers, adventurers and aquaholics. Based in Melbourne, Australia they run the travel blog Summits to Seas which focuses on mountain and ocean adventures. When they’re not on a mountain top or underwater, they also work professionally as consultants advising Governments and industry on sustainable tourism destination planning and development, brand strategy and marketing.

Visit their web site Summits to Seas - A Travel blog