I shouldn’t be writing this blog. If it wasn’t for COVID I’d be back in Tonga with the whales!

The humpback whale is one of conservation’s great success stories. Hunted to a few thousand animals prior to a global ban in only 1985, populations of humpbacks around the world are on the rise (and no more so than on Australia’s east coast). Spending time in the water with these awesome creatures is …. well awesome. In 5 decades of diving, I can honestly say it’s the experience I’ve most valued.

The humpbacks of the southern hemisphere spend the summer feeding on krill and small fish in Antarctic waters, before migrating to give birth and subsequently mate in sub-tropical and tropical waters – a round trip that may be as great as 25,000 km. They share a common ancestor with the hippo. 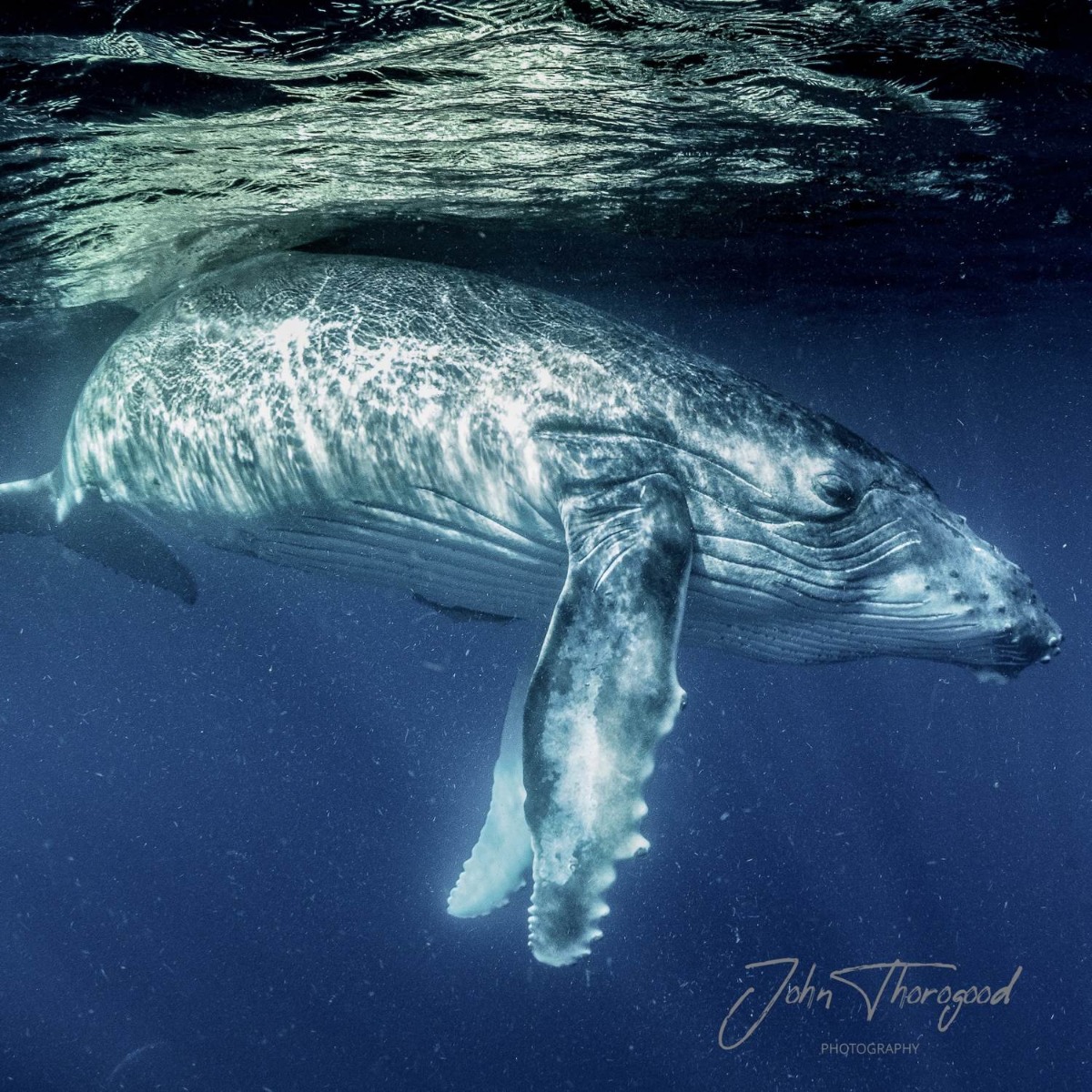 The Mecca of ‘whale swims’ (free-diving with humpbacks) is Va’vau, a group of tiny islands within the Kingdom of Tonga, with the Ha’Apai islands coming a close 2nd. The whale swimming industry in Tonga is heavily regulated (although there’s plenty of scuttle-butt about just how many licenced operators there are), with restrictions on the number of boats allowed to operate, who can guide a whale swim, and how long a given boat can stay with a pod of whales. Of course there’s also a restriction on how close you can approach a whale, but thankfully, they’ve forgotten to tell the whales …. .

Your first up-close and personal encounter with a humpback can be daunting. At 15+ metres and 30+ tonnes, they’re so much bigger than anything else you’ve swum with. And they have undeniable personalities and moods. Whilst one whale will be the archetypal ‘gentle giant’, the next will be like a frisky puppy. And some are intent on a closer inspection (I’ve had to crop my fins from so many of my photos, where I’ve been steadily back-peddling just centimetres away from the nose of an inquisitive whale). What’s impressed me most is their spatial awareness. Whilst a very large animal, never would I describe them as clumsy. Even when acting a little ‘crazy’ (‘crazy whale’ was a technical term frequently used by one of our guides), there never seemed a danger of getting whacked by a misplaced pectoral fin or tail. 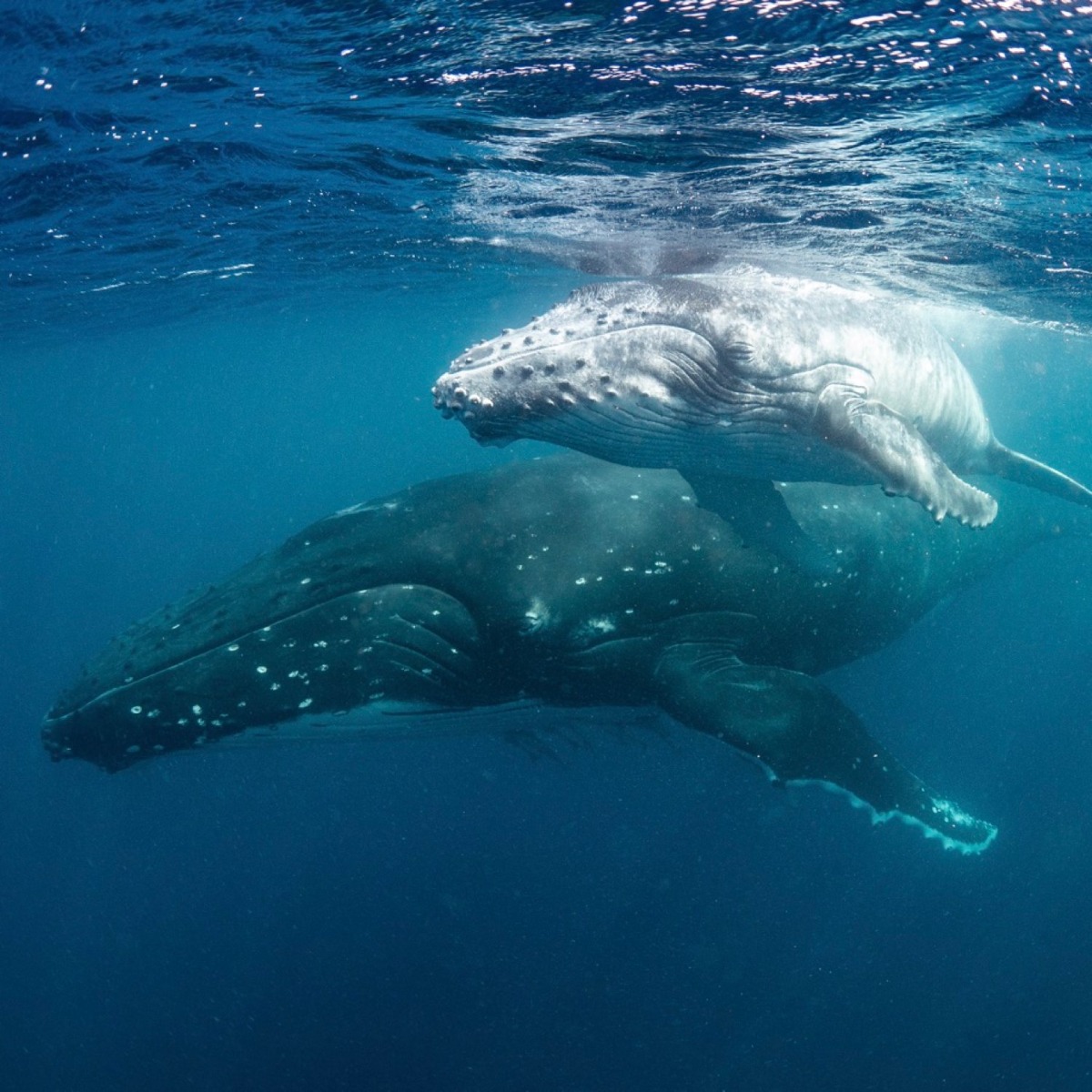 Carol and I had our first encounter with a humpback and her ‘baby’ (5+ m) calf in August 2018. When we got out of the water Carol commented that the mother appeared a little ‘twitchy’. ‘Try not swimming away from it’ said our guide! And she was right, the best encounters were always the ones where we simply drifted and let the whales check us out. During late winter and spring, its common to encounter mothers and calves. Whilst sometimes naturally protective of their calves, mothers would often rest near the bottom, leaving their calf to ‘play’ on the surface with its new found and oh-so-clumsy friends. Often a mother and calf would have an ‘escort’, always a male, perhaps hoping to father next year’s calf. Occasionally a single female is pursued at speed by a number of males in a behaviour called a heat-run.

And as you know whales sing. Being in the water within sight of a singing whale (always a male) leaves you breathless. The sound, as rich, tangible vibrations travels through your entire body. Talk about giving you goose-bumps. 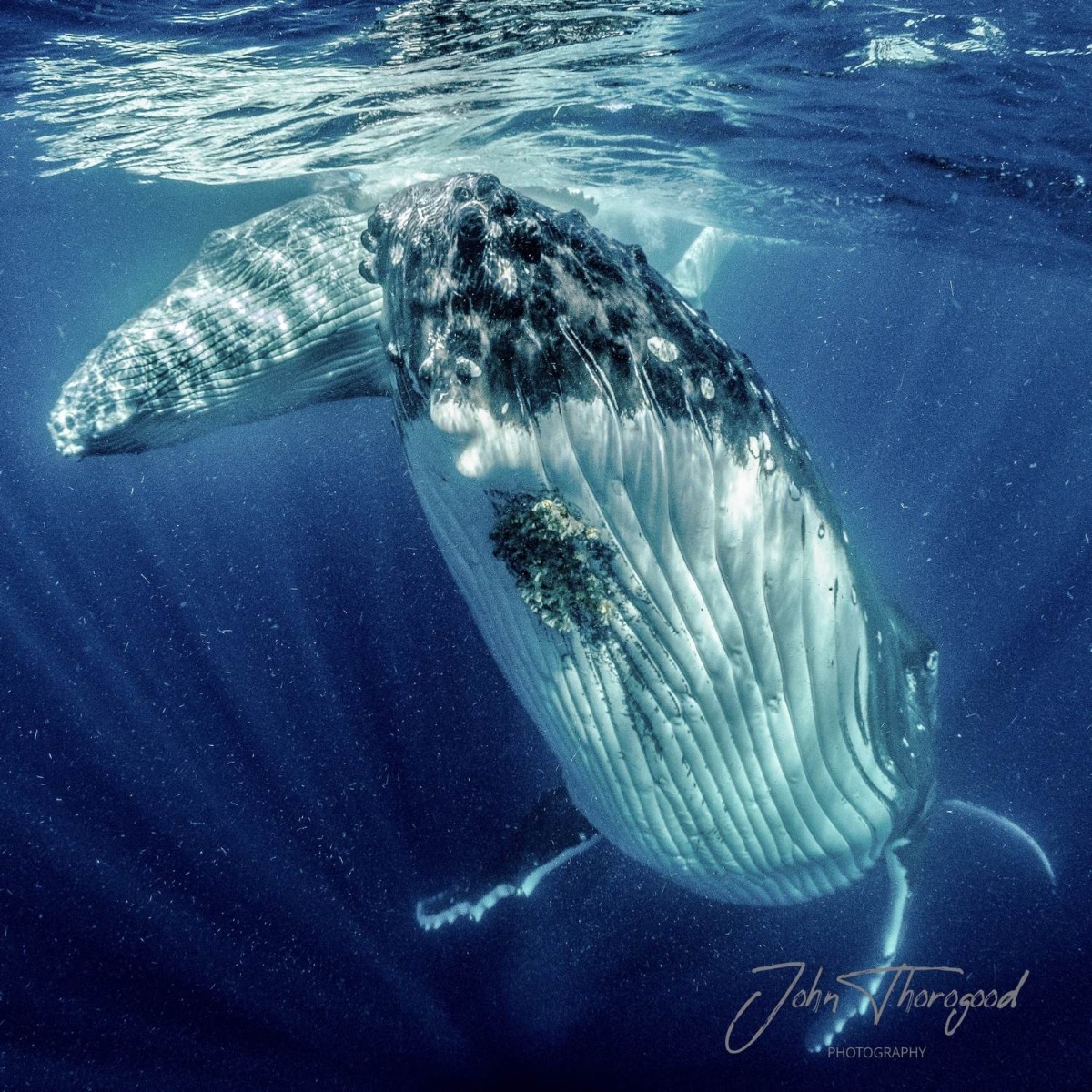 Neither Va’Vau nor Ha’apia are easy to get to, with flights to Tonga often via Auckland and / or Nandi, and then an overnight stay in Tongatapu before flying on to your final destination. And whilst there’s some very comfortable accommodation on both Va’vau and Ha’apai, much of the Tongan tourism industry is still based around ‘guest houses’ and 3-star hotels. It’s an experience that’s worth planning for well in advance.

A number of Australian and international tour operator’s run whale swimming tours to both Va’vau and Ha’apai. The ‘package’ offered is certainly convenient and for most probably the only way to go. If you’re a photographer, it’s worth finding an operator with a reputation for ensuring their clients get the best shots. An ultra-wide or fisheye lens is a must.

Diving in Va’vau isn’t as spectacular as in say Fiji or anywhere within the ‘coral triangle’, but it’s definitely worth getting wet for.

Hopefully 2021 will see international travel restrictions lifted, at least within the ‘Pacific bubble’. After spending a few days this winter whale watching in Hervey Bay as a ‘consolation prize’, Carol and I have our 2 weeks in Va’vau already booked! 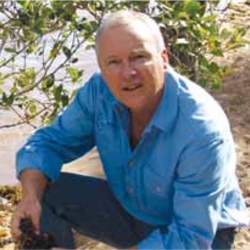 Dr John Thorogood is a Senior Principal Ecologist with frc environmental and an Adjunct Associate Professor at  the University of the Sunshine Coast, Queensland, Australia.

John is currently celebrating his 50th year ‘underwater’.  Always ‘mucking around the rocks’, John learnt to dive by accident - his mum thought it was a ‘safe snorkelling’ course.

Today, John’s passion for the sea remains as strong as ever, combined with a desire to see its conservation founded on evidence-based science.

Whilst government-backed research is vital to building the knowledge base to support sound decision-making, consulting provides the opportunity to directly influence industry.  John and the team at frc environmental consider themselves fortunate to be in such a privileged position.