“Aquatic Abstracts, seek to evoke an emotional response using shapes, colours, and textures. The winning image does this with a common subject, creating a new and interesting interpretation. The bright colour on a dark background draws you in.  At first you don't know what it is and need to take a second look.  It's only then you realise it's a pineapple fish.” - Greg Crow, Underwater Tour Awards 2020

As much as I love exploring new dive sites, recent travel restrictions have forced me to spend more time diving locally. This has allowed me to become even more familiar with the sites, and enabled me to focus on my photography. At the end of April 2020 my scuba and camera gear had been left dry for almost two months and my partner and I ventured down to Clifton Gardens for some light exercise for both our physical and mental health. 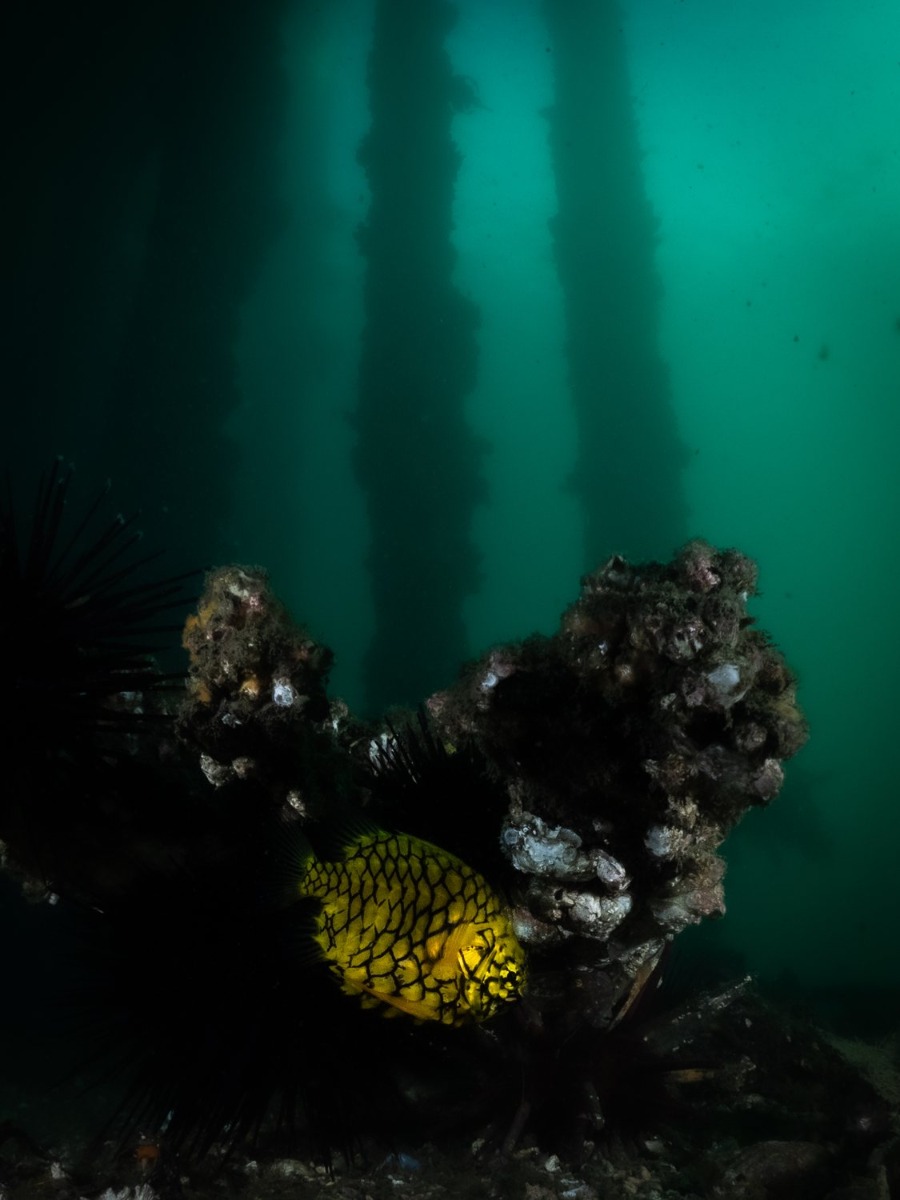 Clifton Gardens is a popular dive site in Sydney Harbour, located in Mosman and is just around the corner from Taronga Zoo. The site is known for its muck diving and there is an abundance of macro life under the wharf and on the shark nets, including seahorses, octopus, cuttlefish, anglerfish, nudibranchs and of course, Mr Pineapple, or Piney, one of the most iconic and charismatic residents of Clifton Gardens.

Floating in the water I was flooded with emotions and realised that I often take for granted the incredible marine life, scenery, and interactions that I am able to see whilst diving. I set off on this dive with the intention of taking some unique images that might inspire people to jump into the ocean.

The Pineapple Fish is a species of pinecone fish in the family Monocentridae. The family contains only four species, and the species found around Sydney, Cleidopus gloriamaris, is monotypic; it is the sole member of its genus!

Cleidopus gloriamaris is endemic to the subtropical and temperate waters of Southern Queensland, New South Wales and Western Australia and is most commonly found inhabiting rocky reefs in estuaries and bays.

The Pineapple Fish is easily recognised by its yellow coloured body with scale margins outlined in black forming a pattern similar to that of a pineapple. The scales are very tough, acting as armour, hence the pineapple fish’s other common name - the Knightfish. Unlike knights, I don’t image pineapple fish engage in many fights and seem quite shy, usually sheltering under ledges or in caves during the day. 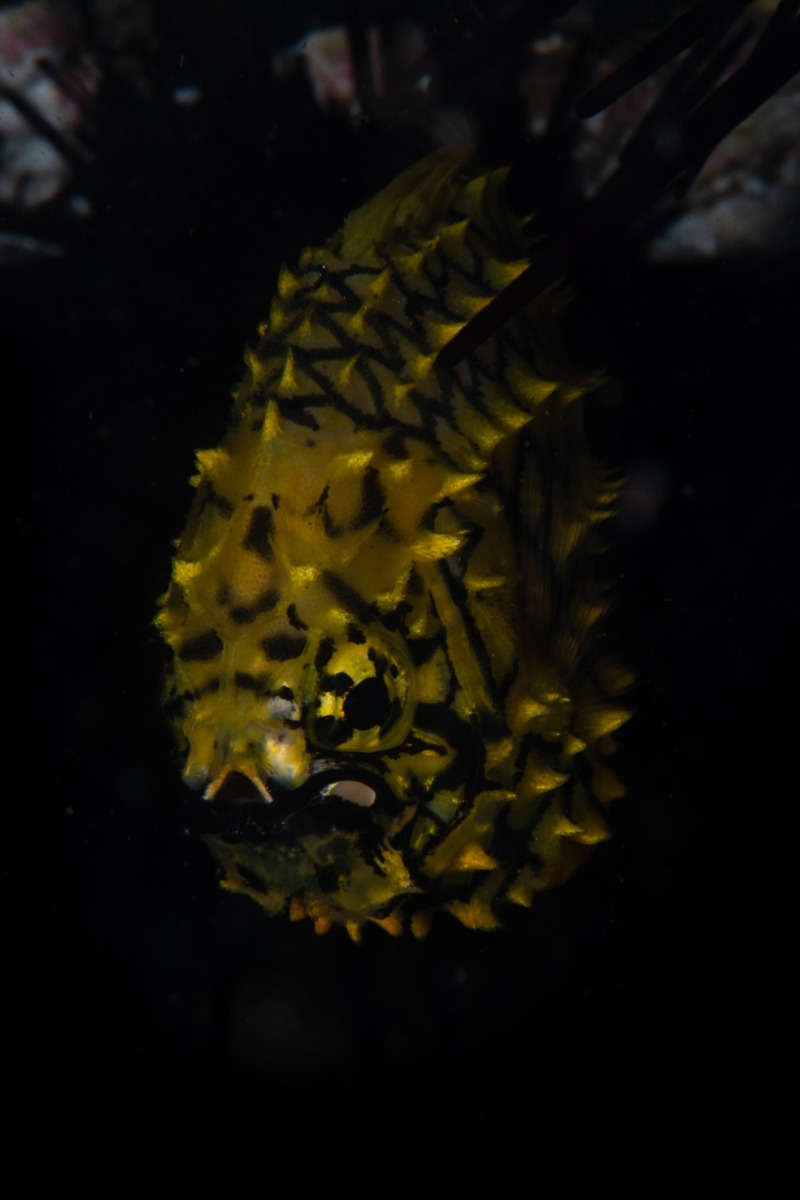 Pineapple Fish are nocturnal and feed at night, assisted by light organs located on either side of the lower jaw. During the day, the light organs appear orange or red, however, at night light is emitted from the organ by symbiotic luminescent bacteria that produce a green glow. This glow is used to attract small prey such as shrimp and zooplankton.

The striking colours and pattern make the pineapple fish a popular subject for underwater photographers, however are often difficult to photograph as they are usually tucked away under ledges. There are several locations along the New South Wales coast, such as Port Stephens, Shiprock, and Clifton Gardens that divers regularly find pineapple fish hanging out in the same location for a long period of time. At Clifton Gardens, you can regularly find Mr Pineapple under a large piece of timber on the rubble, towards the end of the wharf (although recently hasn’t been seen for a few weeks). 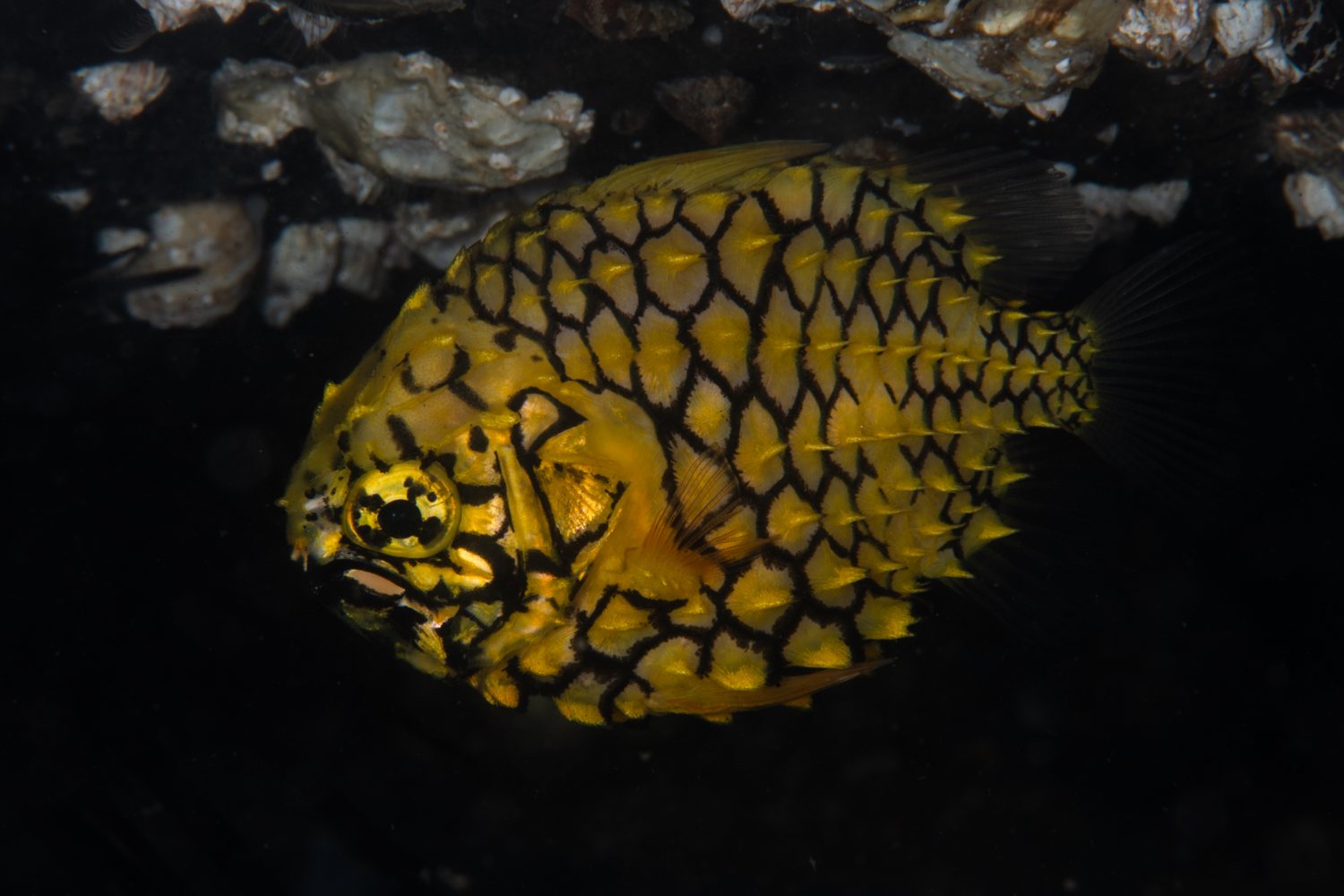 I almost guarantee that all Sydney based photographers have at least one image of Mr Pineapple and on this dive I wanted to capture a unique, interesting image. To achieve this, I used a reflective ‘magic’ tube. The reflective tube is essentially a metal tube with a reflective material on the inside surface that mirrors light to create rings of colour around a subject and is commonly used with a macro lens. The reflection occurs naturally when aimed at the subject, however is accentuated when the strobe is triggered. Floating above the rubble with my camera tucked under the ledge I patiently waited for the pineapple fish to turn towards me. I quickly composed the image so that I minimised any background, ensuring I had the eye in focus, and moved the angle of the tube slightly to produce an even and soft swirl around the pineapple fish. The spiral pattern created by the reflection tube complements the circular shape of the eye, yet has a soft, blurred effect in contrast to the structured pattern of the scales. 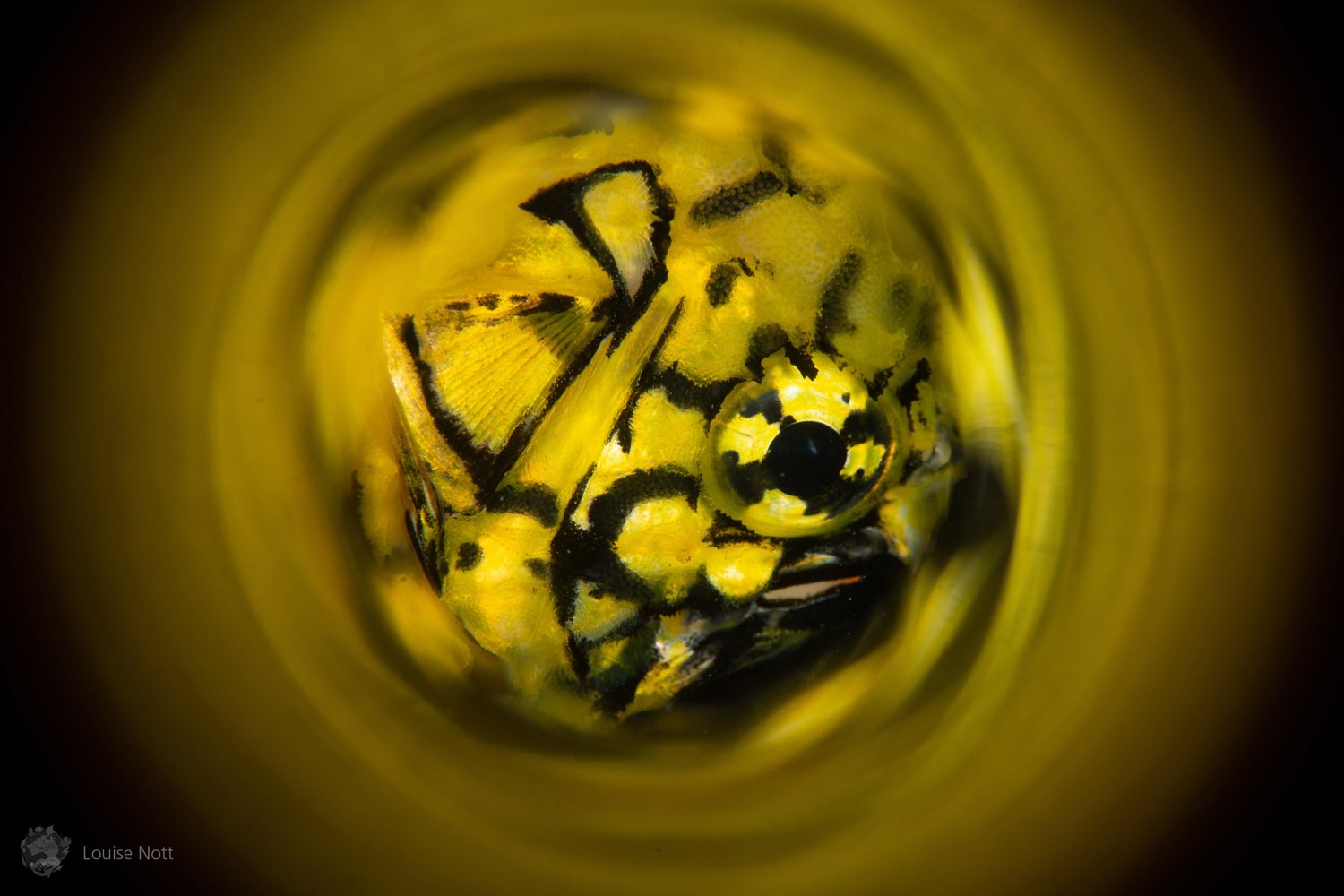 I love how simple, yet striking this image is and am honoured to have won the Aquatic Abstract category in the Underwater Tour Awards 2020. 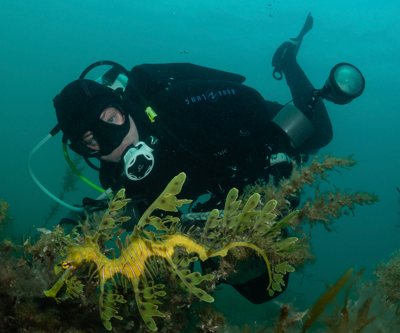 Louise is a marine science graduate who works at an environmental markets company in Sydney focusing on carbon, water quality and biodiversity conservation. She has always had passion for underwater photography, and even from a young age has always had a camera in hand to document and share the beauty of the natural environment with others.

Louise is lucky enough to regularly dive around Sydney, often squeezing in a sunrise dive before work, or a dive night in Sydney Harbour after work. Through her photography, she aims to showcase the incredible marine ecosystems and that surround Australia's coastlines and hopes that her images both inspire people to jump in the ocean, and to take steps to protect it. Her photography can be found on Instagram.