Story and Photos by Seanna Cronin 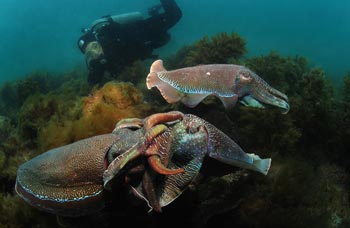 A four-hour drive west of Adelaide, Whyalla is a seaside mining town known as the place where the outback meets the sea.

To divers, Whyalla is known as Australias Cuttlefish Mecca. Each winter thousands of Australian Giant Cuttlefish (Sepia apama) gather in the shallow waters around Whyalla to mate.

In just a few metres of water divers and snorkelers can watch as the technicoloured drama of cuttlefish flirtation, courtship, competition and mating unfolds amongst the rocks, algae and kelp.

This is a gathering of epic proportions and the most important event in the lives of these usually solitary cuttlefish. 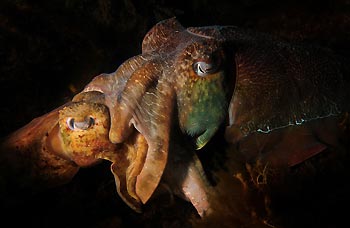 Their entire lives have lead to this. The cuttlefish spend a year, or two years in the cast of those born too late to participate in that seasons aggregation, growing and storing energy for the marathon three-month mating season.

Once mating begins it is all the cuttlefish do, or try to do, until theyve fertilised masses of eggs that will become the next generation.

Cuttlefish mating is not as straight forward as you might think. The biggest males would seem to have the advantage over their smaller competitors. They can muscle out any would-be suitors and guard a female until he is sure she has used his spermatophores to fertilise her eggs. 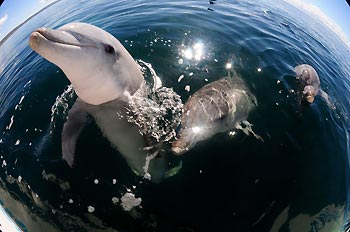 However, the smaller males have a trick up their sleeves, or skirts to be more exact. Using their highly adaptable chromatophores, they disguise themselves as females and change their behaviour to slip past the larger guards and quickly, and sometimes roughly, mate with the females.

Its akin to a pash and dash, but it works. Studies have shown the females mate with the smaller, cross dressing males more often than the large males. Perhaps they favour brains over brawn.

Completely exhausted by going through this drama, over and over again, the cuttlefish die, providing a brief, but plentiful food source for predators and opportunists.

If you happen to be in South Australia outside of cuttlefish mating season (late May through July) Whyalla is still worth the drive, and a great stop over on the way from Adelaide or the Yorke Peninsula on the east side of the Spencer Gulf to Port Lincoln and Baird Bay on the Eyre Peninsula. And cuttlefish are not the only diving experience to be had in Whyalla. 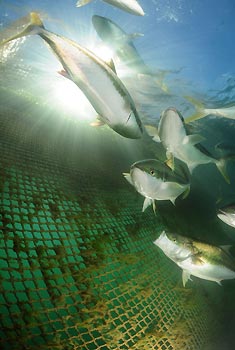 For a near-guaranteed sighting, head over to the yellowtail kingfish aquaculture nets in Fitzgerald Bay with Tony Bramley of Whyalla Diving Services. Here you can get two amazing experiences within metres of each other.

As soon as the boat pulls up to one of the pens several dark grey dorsal fins break the surface. The dolphins peer up at us from just under the surface, just as interested in us as we are in them.

Swimming with the kingfish, especially those due for a cleaning, has been likened to a fish massage. Unlike many of the wild fish we dive with in the ocean, the kingfish in the aquaculture nets will peck and even rub against divers.

The tap tap tapping I thought was my dive buddy trying to get my attention was actually the kingfish trying to figure out what I was. On the edge of the nets I can see the dolphins on the other side. Theyre like restless dogs  waiting for a play. We get out of the net, leave the scuba gear on the boat and slip into the water. 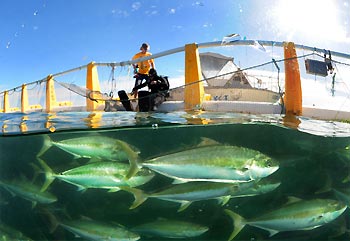 For all of their enthusiasm the dolphins hang back a bit at first, but soon theyre showing off, screaming past us, pulling hairpin turns and beaming pulses of sonar at us.

Every time I turn around there seems to be a dolphin or two swimming past. A few stop and simply look up at us on the surface, tilting their heads as if asking a question before taking off with one powerful trust of their tails.