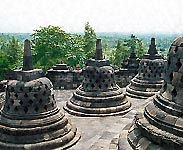 Java is the site of Indonesia's capital city, Jakarta and is the most populous island in the world.

Java is almost entirely of volcanic origin, and contains no fewer than thirty-eight mountains of that conical form which indicates their having at one time or other been active volcanoes.

With the establishment of Jakarta as the capital, and the Javanese roots of the majority of Indonesian political figures, the island remains political and economically dominant over the rest of the country. While much of rural Java is very poor, the urban areas of Java are among the wealthiest, most highly developed regions in the country.

Popular tourist destinations include the city of Yogyakarta, a massive pyramid-like monument to Buddha known as Borobudur, and Prambanan, the largest Hindu temple in Java. 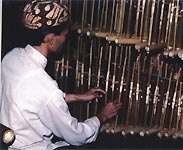 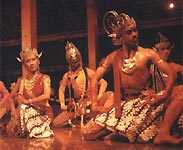 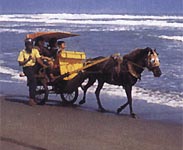 Some of the most visited diving spots in Java include Pulau Seribu, not far from the capital and there is diving off the Karkatau coast in the island's West.