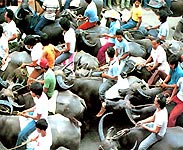 There are a total of 76.5 million Filipinos. Luzon, the largest island group accounts for more than half of the entire population.

The country is marked by a true blend of cultures; truly in the Philippines, East meets West. The background of the people is Indonesian and Malay. There are Chinese and Spanish elements as well. The history of American rule and contact with merchants and traders culminated in a unique blend of East and West, both in the appearance and culture of the Filipinos, or people of the Philippines.

Hospitality, a trait displayed by every Filipino, makes these people legendary in Southeast Asia. Seldom can you find such hospitable people who enjoy the company of their Western visitors. Perhaps due to their long association with Spain, Filipinos are emotional and passionate about life in a way that seems more Latin than Asian. 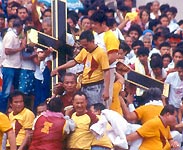 Religion is important in the Philippines 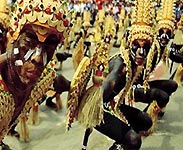 The fiesta is part and parcel of Filipino culture 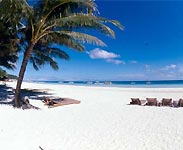 March to May is hot and dry. June to October is rainy, November to February is cool. Average temperatures: 25¬?C to 32deg;C; humidity is 77%.

From scuba dives in strong currents and the deep sea to ship wreck dives for history¬ís sunken glory, the Philippine archipelago offers plenty of unforgettable and rewarding dive experiences. There are close to 25 shipwreck dive sites in the country. Explore the sunken wreckage of century-old Spanish galleons and World War II vessels in Subic Bay, one of the best wreck diving sites in Asia, as well as the remarkable wrecks in Busuanga and Malapascua.

Manila, Cebu, Davao, Clark, Subic, and Laoag are the international gateways, with the Ninoy Aquino International Airport (NAIA) in Manila as the premier gateway. It is served by more than 30 airlines, which fly to different cities around the world. As the islands of the Philippines are separated by different bodies of water, the sea plays an integral part in travel. A range of seafarers are available, from huge cargo ships to small ferry boats; take long trips that last for a day or two with regular ship lines or take shorter ones with ferries. Major cruise liners call on the port of Manila. Moving around the country by land is easy with national highways connecting the major islands and an extensive public transportation sytem, which includes the exotic Philippine jeepney. Trains, taxis, buses, jeepneys, and trikes are the main modes of public transportation. The calesa, a more elegant means of traveling in most major cities, is more commonly offered as a ¬ìfun ride¬î in many public parks across the country.

Wild Australasia
This epic series is a journey through time and space to explore Australasias natural wonders. It is a detective story, delving into Australasias hidden secrets to explain why its wildlife and wilderness are so special.
$AU 39.95
5% Cardholder's Discount!

I never liked the sea. It is slimy, salty, and stings my eyes. But as I marveled at schools of tropical fish darting about in blue and yellow streaks among brain coral on the Discovery Channel, it hit me. I have to know: Is the sea really as vibrant as this? ... - WINNER best story July 2003