ARKive is calling on divers and underwater photographers for their help in gathering images of all the world's threatened marine animals and plants.

ARKive promotes conservation and builds environmental awareness through wildlife photographs, films and sound clips - which are being pledged by many of the world's top photographers and filmmakers. The aim is to produce a global, centralized record of all 16,928 species on the IUCN Red List of Threatened Species. This will provide an invaluable conservation tool - a quick, easy and free online source of information for anyone keen to learn more or to help with conservation efforts. 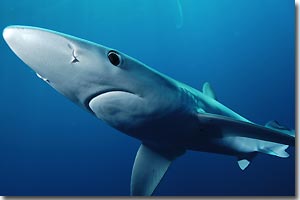 Films and photographs are an emotive, powerful and effective means of building environmental awareness. They bring every species to life and demonstrate quickly and simply what makes them so special. Thinking about the non-divers - would they know what the Indonesian speckled carpet shark looks like, does it really have speckles? Does a spotted hand-fish really have hands? And what on earth is a Banggai cardinalfish or a seadragon?

Many divers, amateur and professional alike, take fabulous photographs of a broad range of threatened species, so this is an opportunity to work with ARKive and help the wide variety of amazing animals and plants that give pleasure to so many divers. Photographs and video give these threatened species a face, they give those who won't ever be lucky enough to see them in the wild the chance to understand their characteristics, their biology and the threats they are currently facing.

Threatened marine species make up just ten percent of the current material held in ARKive, reflecting just how hard these films and photographs are to collect, so the divers underwater images are urgently needed to help fill the watery gaps in the rapidly growing library.
TV presenter and passionate diver, Kate Humble, is a keen supporter of ARKive. "I love that first plunge, the first glimpse through the mask of the underwater world," says Kate. "And I know I am privileged to have experienced the ocean's depths, many others are not so fortunate. So I encourage divers to donate their images to give ARKive the best means possible in their quest to raise awareness for the world's underwater creatures." Her celebrity scrapbook on the ARKive website focuses on diving and includes some of the species she has been lucky enough to see whilst underwater for pleasure and work (such as when filming Springwatch).

Professional shark photographer and regular ARKive contributor Andy Murch says, "Many of my shark images have been used in conservation campaigns to help push through legislation aiming to protect animals at risk. It's hard to raise support for an animal that has no face in the media and good images can make a huge difference. I feel ARKive is a shining example of what can be done to bring attention to the plight of the world's endangered species. 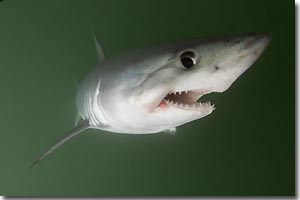 A project of this size is too large for individual photographers to take on but it is an obvious cause for us to contribute to."

The ARKive team are searching for a huge variety of marine materials and are keen to see the photograph captured from the cage when the diver comes face to jaws with a huge great white off South Africa or South Australia. They too will be mesmerised by the classic silhouette of swirling hammerheads filmed whilst gazing up into the clear blue waters of the Pacific. From the mighty pelagics that every diver longs to witness and photograph, right down to the camouflaged and almost impossible to see pygmy seahorses of the Pacific Ocean, ARKive is interested in them all - and the more unusual and obscure the species, the better.

A list of the 'most wanted' images is published on the ARKive website www.arkive.org and to check out if your species appears on the Red List see www.redlist.org. Anyone wishing to donate images can e-mail ARKiive's media research team - [email protected], or upload to www.flickr.com/groups/arkive using the tag 'marine'.

So far around 38,000 films and images have been given a safe-haven in the ARKive digital vault. More than 3,000 media donors are actively contributing to the project, from major broadcasters, film and photo libraries to conservation organizations and academic institutes, as well as many individual filmmakers and photographers. All media is donated freely on the understanding that it will be used as a resource for scientists, conservationists, educators and the general public, and not for commercial purposes.