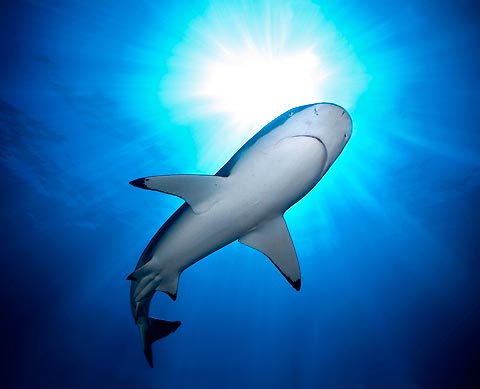 Shark population has been decimated for their valuable fins. Part of the difficulties in shark conservation is due to their scary reputation in the mind of the general public. Photographers play a significant role in contributing to that reputation as most of the shark images are showing hunting behavior or 'teeth shot' aimed to provoke fear. It is quite rare to see an image of shark as a graceful and serene animal. I love this shot because not only it shows how beautiful the shark is but it also has a peaceful and an angelic quality to the animal. Moorea Island, French Polynesia. Nikon D-80, Sea&sea Dx-D80 housing, Nikon 20mm Lens, 2xYS-110 Strobes. Camera Settings:1/160, F/11, ISO 200 Manual Strobe setting.
Photocomp March '10 - Open